By Camilla M. Mann June 30, 2018
Today, Ellen of Family Around the Table asked the Festive Foodies to share some red, white, and blue recipes ahead of Independence Day. I thought I'd try my hand at a red, white, and blue chia pudding...without the food coloring, of course. 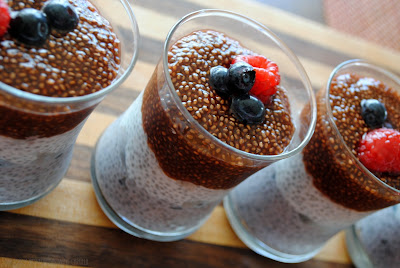 So I considered what I could use that would make the liquids red and blue. Funny note, when I served these, my husband joked, "What's with the brown, white, and grey chia?" But, once he tasted it, he was a fan. First, here's what the rest of the crew is sharing... 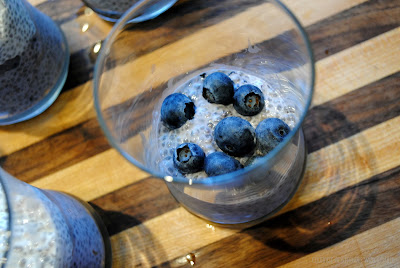 Chia pudding is easy to make. I've shared 50-50 Chia Pudding, Pomegranate Chia Pudding, Coconut Chia Pudding, and it all started with Warrior Pudding. The proportion is 3T to every cup of liquid; you can get creative from there. 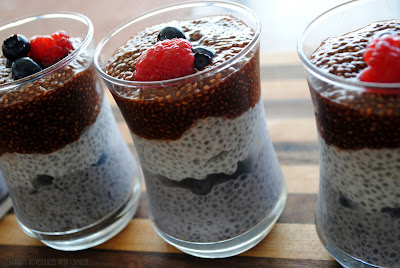 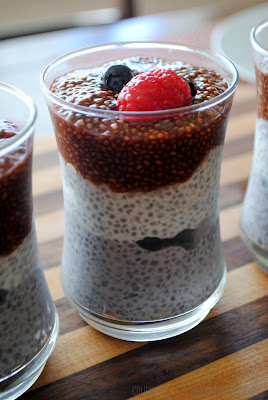 For each chia pudding. Place granulated sugar in the bottom of a mason jar. Pour in the liquid. Swirl or stir until the sugar is dissolved. Add in the chia seeds, stirring so that they do not stick together in clumps. Place the lid of the jar on and shake vigorously. Place in the refrigerator overnight. You'll want to stir or shake the jar at least a few times. 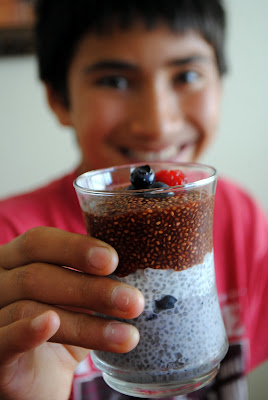 To serve, spoon 1 to 2 T of the blue in the bottom of a serving glass. Add in a few blueberries. Spoon in the white, then the red. Top with fresh berries and serve immediately.