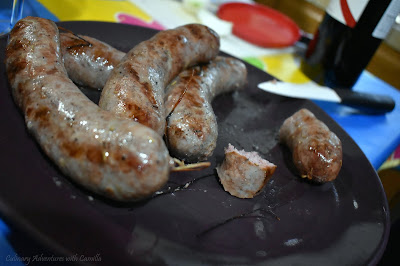 Welcome to the June edition of Wine Pairing Weekend. This month Gwendolyn, of Wine Predator, is hosting. You can read her invitation: here. And she invited us to explore and post about Australian wines. If you're reading this early enough, join us on Twitter - Saturday, June 9th - at 8am Pacific time; follow along with hashtag #WinePW.

The Down Under Offerings 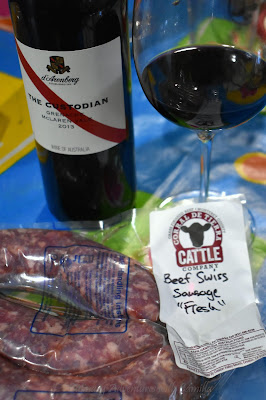 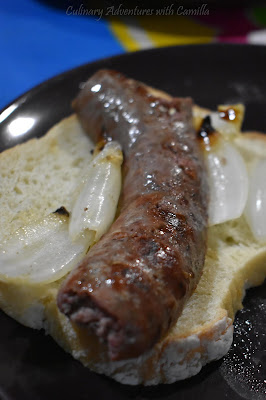 Then I read about the institution of the Sausage Sizzle and loved the idea of bringing people together for a quick meal with just sausages, bread, and grilled onions. I had some sausages from a local meat company and we are never without bread and onions in the house. So, I took it all over to our friends' house when they invited us over for an end-of-the-schoolyear barbeque. 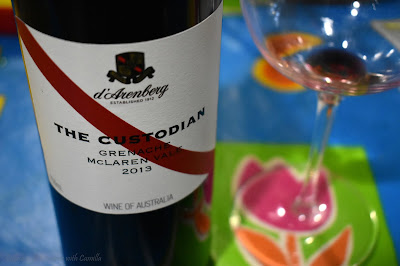 Besides Italian reds, wines from Australia were the first that I drank on a regular basis. They were more affordable than their French counterparts. And, when I was a starving college student, we were more into quantity than quality. Still, I found most Australian wines easy-drinking. Most of the time we were pouring Shiraz.

I thought about tracking down one of those bottles I used to drink in college, but then I came across a selection of d'Arenberg wines. Founded in the early 20th centurey, d'Arenberg is an Australian wine company with most of its vines located in South Australia's McLaren Vale, though some of their grapes are sourced from the Adelaide Hills and Fleurieu Peninsula. The Osborn family has been heading the winery for four generations now. Chester Osborn produces wines by using basket pressing and leaving the reds unfiltered. 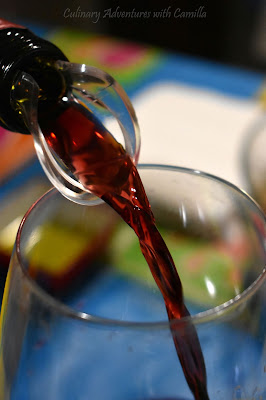 
The Story Behind The Name
I did some digging to find the story behind the name. So it goes...d'Arry Osborn refused to pull out his old Grenache vineyards. When Chester became the lead winemaker in the 1980s, he set out to plan even more old vine Grenache despite it being an unfashionable grape, at the time. So, today, d'Arenberg maintains nearly one-third of McLaren Vale's old vine Grenache. They have earned the moniker: Custodian of the Grenache.

Tasting Notes
The 2013 d'Arenberg Custodian is a beautiful, balanced red wine. On the nose, I get wafts of woody spices and moist soil, initially, but as it sits in the glass, it opens up with more fruity aromas. On the tongue, it had a nice dance of sweet and tangy. Overall, this was an appealing foil to the salty sausages.