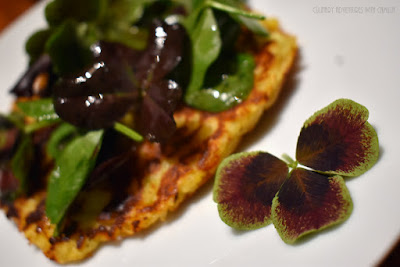 Another year. Another cooking project. Yeah, I'm a sucker for any cooking project that gets us out of our own culinary traditions. So, I was excited to see the new #EattheWorld project, being spearheaded by Evelyne of CulturEatz. Here's her challenge.

Last month we kicked off the project with Cuba! And you'll see a new country celebrated on the 10th of every month. This month, the group headed to Ireland by tabletop.

Eat the World: Ireland Edition
You can see what the other bloggers are sharing for our second #EattheWorld... 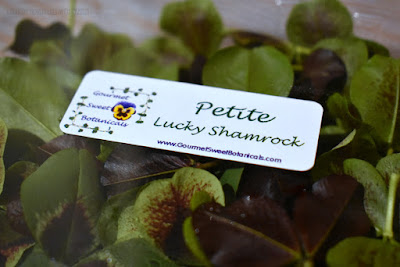 As Shamrocks (clover!) have long been associated with Ireland, I was excited to find that I could order a package of edible shamrocks from Gourmet Sweet Botanicals. How cool is that?!

According to legend, the shamrock was a sacred plant to the Druids because its leaves formed a triad, and three was a mystical number in the Celtic religion. In the 5th century, while introducing Christianity to Ireland, St. Patrick used the plant to illustrate the doctrine of the Holy Trinity. 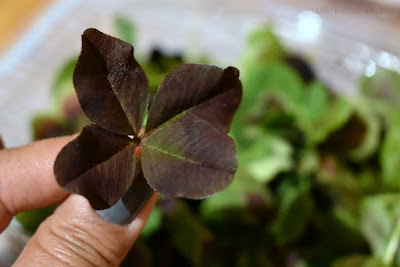 The original Irish shamrock - traditionally spelled seamróg just means 'summer plant' - is just clover (Trifolium repens), a common weed originally native to Ireland. While they normally have trifoliate leaves, occasionally, a fourth leaflet appear, making a four-leaf clover. Those are said to bring good luck to the person who discovers it. There were plenty of four-leaf clovers in my shamrock package. Lucky, lucky! 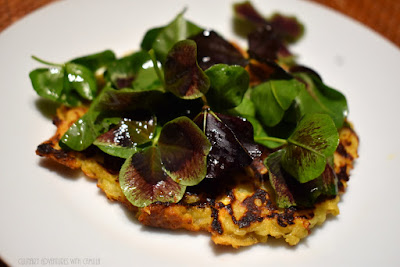 Irish Boxty
When we were talking about what type of Irish dish to make, there were all of our favorites: corned beef, colcannon, drunken mussels, and more. But Evelyne encourages us to try something new. So, when I stumbled upon the Irish boxty I was intrigued.

The boxty is a potato pancake made from both mashed potatoes and grated raw potato. It's like a mix of Aloo Tiki and Latkes. What's not to love?! 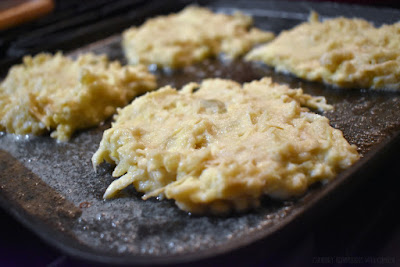 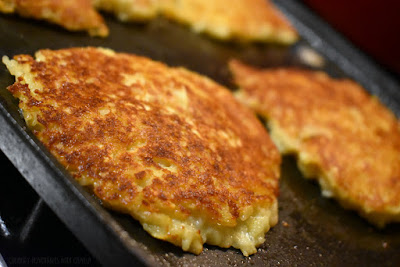 Boxty
In a small bowl, whisk together the flour and baking powder. Set aside.

In a large mixing bowl, combine the mashed potatoes with the grated raw potato. Add in the flour mixture and stir to combine. Pour in the milk, add the lemon juice, and stir until just combined. The batter will be firm. 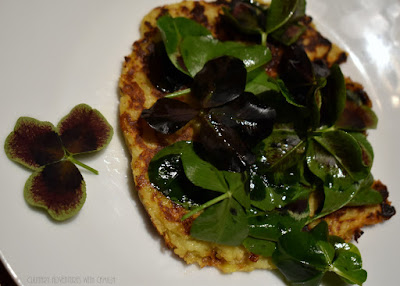 Salad
Place all of the ingredient in a bowl and toss to coat. Place boxty on individual serving plates. Top with salad. And serve immediately.