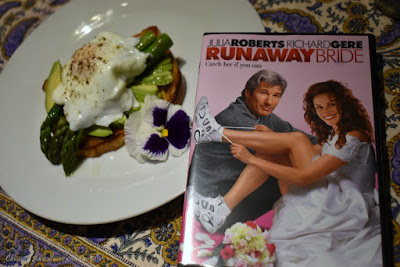 For the March edition of Food'N'Flix, Ali at Fix Me a Little Lunch hosts as we watch Runaway Bride*. Here's her invitation.

Okay, I am pretty sure I've never seen this movie before. And I didn't think that anyone in my household would appreciate it. So, I waited until everyone was crashed out for the evening before I popped it in to the DVD player. I have to admit that I was pleasantly surprised. I did have a hard time seeing Julia Roberts and Richard Gere as anybody other than Vivian Ward and Edward Lewis - you know, from Pretty Woman. In this they are Maggie Carpenter, a woman who has left three grooms at the altar and is engaged to a fourth, and Ike Graham, a jaded journalist whose column consistently rails against the opposite sex who is betting she runs from groom number four as well.

Turns out this movie came out almost a decade later, but was directed by the same person - Garry Marshall - and has three of the same actors (gotta love Héctor Elizondo in anything he plays). I guess if the rom-com formula works, why mess with a good thing?!

So, yes, it's formulaic - boy, girl, obstacles, love - but it definitely resonates with viewers. And, even though my boys didn't watch the movie with me, I used it as a springboard for a breakfast table topic about being yourself and not relinquishing yourself for another person.

This conversation was inspired by the fact that Maggie doesn't know what kind of eggs she likes. Ike discovers that all of her grooms respond the same way when he asks how she likes her eggs: "Same as me," they all claim.

One says Maggie likes her eggs scrambled with salt, pepper, and dill - same as me. Another says Maggie likes her eggs poached - same as me. With Groom 3 it's some kind of egg white omelette. She just mirrors their preferences because she doesn't know herself. Okay, that's a thinly veiled message for her entire being...not just her breakfast order.

[Spoiler] When she goes to New York to find Ike, she finally has her answer...


Maggie: Benedict.
Ike: Arnold.
Maggie: I love Eggs Benedict, I hate every other kind. I hate big weddings with everybody staring. I'd like to get married on a weekday while everybody's at work. And when I ride off into the sunset, I want my own horse.
Ike: Should I be writing this down? 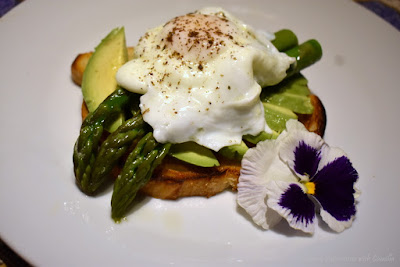 On the Plate
So, I decided to make my favorite eggs and start the conversation. I like my eggs poached (how to poach an egg).

I was actually surprised by a few of the answers I got this morning. Jake said that he liked fluffy scrambled eggs with salt and pepper or poached eggs. D wholeheartedly agreed and added that he really disliked omelettes. Really? What's not to like about an omelette? It's a blank canvas. "Well, I dislike what you put in them, especially mushrooms." R said his favorite eggs were sunnyside up. Another surprise because I don't think I make eggs like that very often.

Now I know how all three of my boys actually like their eggs. That's not to say they'll always get them like that. Despite what they think, they don't live in a restaurant! 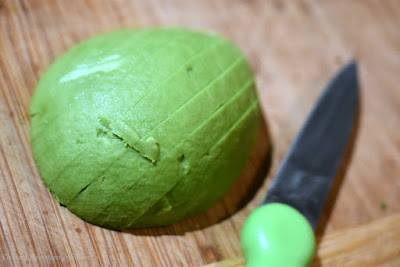 Procedure
Toast bread and place on individual serving plates. Cover bread with avocado slices (half an avocado per toast). Place asparagus spears on top of the avocado. And top with a poached egg. Sprinkle with za'atar or sea salt. Serve immediately.