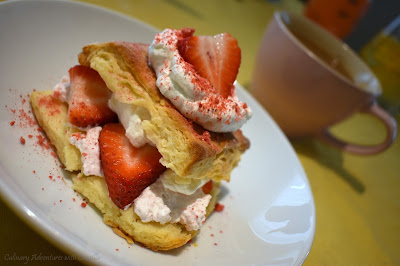 When I saw that the April Fantastical Food Fight focus was 'strawberry shortcake', I paused. The first thing that came to mind were these dolls from the 80s! I really disliked dolls; my grandmother tried and tried to get me fascinated with Barbie. But, when she bought me these dolls, I was moderately intrigued. I remember her being thrilled and she bought me every single doll in the series - Apple Dumplin, Rasberry Tart, Mint Tulip, Cherry Cuddler, and more. When I was a kid, I loved that the dolls' hair smelled. Now I wonder: What kind of awful chemicals made those dolls smell for so long!?!

In any case, I started asking around. "What do you think of when I say 'strawberry shortcake?'" Friends and family all had differing answers. Some said the base was a sweetened biscuit; others were adamant that the base was a pound cake. Most intriguing to me was an angel food cake. But I decided to do more research and start recipe testing.

Turns out that William Shakespeare used it as a character's name, in the early 17th century, in The Merry Wives of Windsor: Alice Shortcake. And, according to Driscoll's, the first strawberry shortcake recipe appeared in an English cookbook as early as 1588. Since the early recipes were more like a pie crust or biscuit, I decided to give it a try.

I'll be honest: I'm not much of a biscuit person. They seem doughy and heavy...not very appealing. But everyone should still have a biscuit in their culinary wheelhouse I'm told. My Buttermilk-Black Garlic Biscuit is a nice savory option. Then I read an article about laminating biscuit dough and I imagined the layers in my Kouign Amann. Sold. 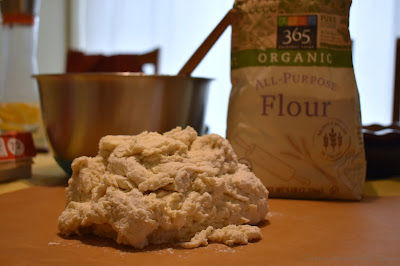 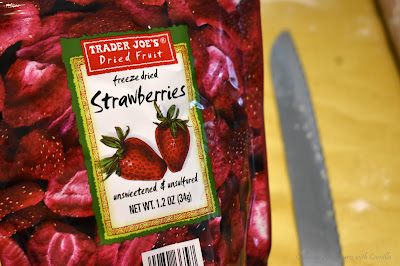 In a medium mixing bowl, whisk together flour, salt, baking soda, and baking powder. Using your hands or a pastry blender, cut in cold, cubed butter until mixture is crumbly. Add yeast mixture and yogurt, stirring until dry ingredients are just moistened.

Knead by hand a few times until dough comes together. Oil a large mixing bowl and place dough in bowl, turning so that it's completely covered in oil. Cover with a clean dish towel and let rise in a warm spot until raised and puffy, approximately 90 minutes to 2 hours.

Pound the 1/2 C butter into a rectangle, wrap in parchment paper and refrigerate while the dough rises. 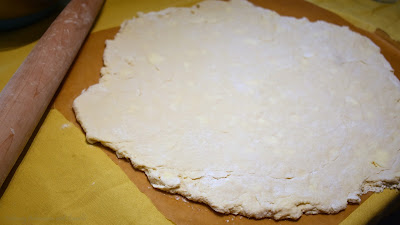 Turn out dough onto a lightly floured piece of parchment. Gently roll dough into an 18x12-inch rectangle. Unwrap butter and place in center of dough. Fold dough into thirds, like a letter. 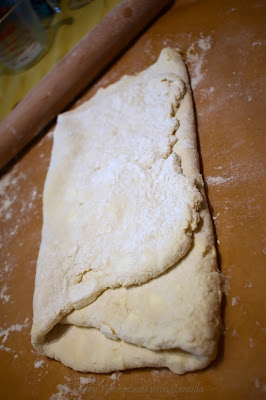 Roll dough to 1-1/2" thick. Rotate dough 90 degrees, and fold dough again into thirds, like a letter. 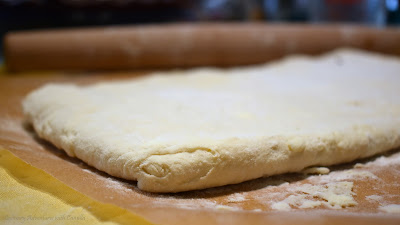 Roll dough to a rectangle at 1-1/2" thickness, again. Cut dough into squares and gently separate the biscuits. Transfer to prepared sheet. 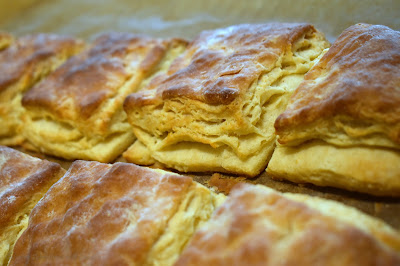 Bake until golden brown, approximately 15 to 20 minutes. Let cool on pan for 5 minutes. Serve warm with an array of toppings. 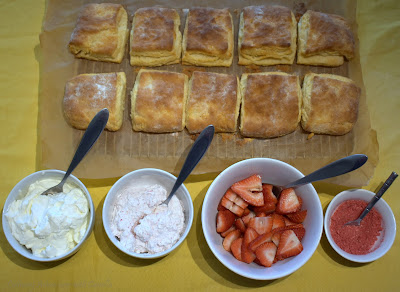 Let everyone assemble their own versions. I split mine in half and layered them with whipped cream, fresh strawberries, and a dusting of the strawberry powder. 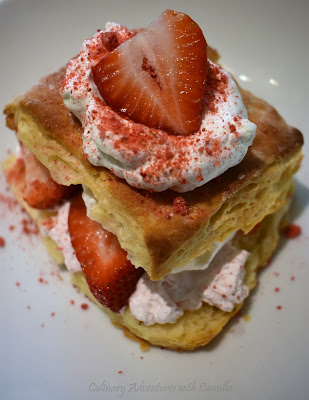 These boys were so happy! R was sad that he missed out - he was at an all-day robotics meeting at school - but I did use the leftover biscuits to make something he did get to enjoy. More on that to come. 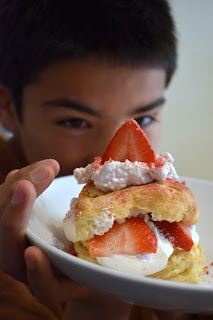 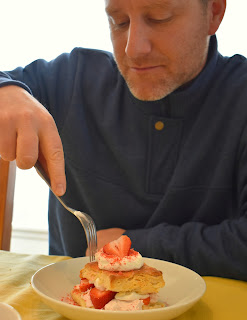 One critique: macerate the strawberries! These are too fresh. Okay. Next time.