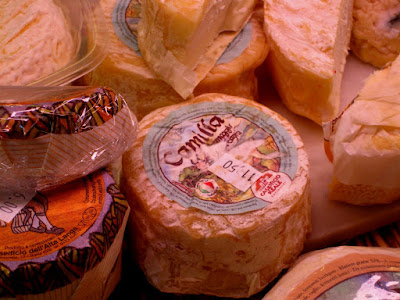 When I started clearing out my bookshelf to make room for new books, I found a bunch of books that I hadn't read because they were hidden behind other books. Yes, I'm Camilla and I am addicted to reading...oh, and cheese. I'm pretty addicted to cheese, too. This - Blessed Are the Cheesemakers by Sarah-Kate Lynch* - was one of the books I unearthed. 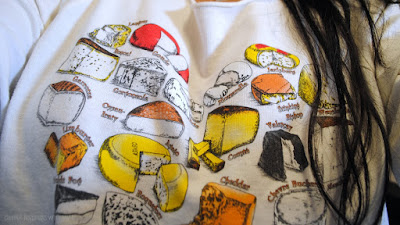 On the Page
Three stories collide on a dairy farm in Cork County, Ireland. First, there's Corrie and Fee, elderly cheesemakers, who are desperate to come up with a succession plan. Their cheese operation includes milkmaids who are all pregnant, vegetarian, and sing tunes from the Sound of Music while they work; all of the cows are named Maria. Next, there's Abbey lives on Pacific Island with an unfaithful husband who has fathered many children with many women. Then, there's Kit (Christopher) who is a disgraced stockbroker from New York whose assistant shipped him off to Ireland to get sober.

I won't ruin too much of the story, but needless to say where I was just complaining about interwoven stories as an overused and rarely well-executed literary device, Lynch nails it. The story is silly, verging on soap operaish, but it kept my interest because she has a wonderful way with words.

"...the magic of the cheesemaking began in earnest. Before their very eyes, the milk disappeared and the cheese began to emerge. ...As the minutes ticked by, the thick creamy milk dissipated into a watery whey, leaving a shiny, solid, beautiful mass floating in its wake. This was the curd. And the curd was their gold.  ...The curd. The first taste of what was to come. An inkling of the cheese it would one day be. The promise of perfection. The secret potential of every cheese was locked up in the warm, soft curd and it smelled glorious" (pg. 104).

"The kitchen smelled of sunshine and cinnamon, that was the first thing Abbey noticed. An ancient coal-burning oven built into a brick wall at the far end of the room was half-covered in dried lemon and orange skins, and she could sense the citrus lingering invisibly in the air" (p. 174). 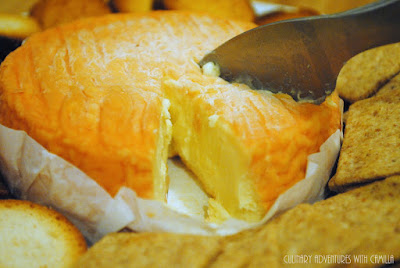 On the Plate
I didn't make anything for this post, but all the talk of cheese had me running to make a cheese board. Here are some tips on Building the Perfect Cheese Board. 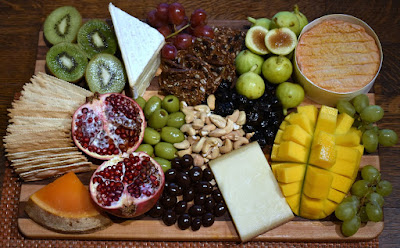 One thing I didn't write in there: make friends with your local cheese monger. Seriously. 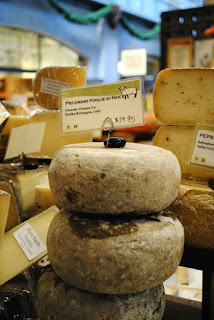 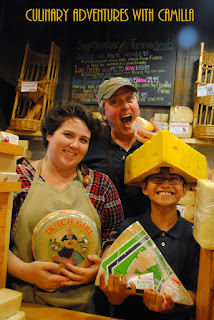 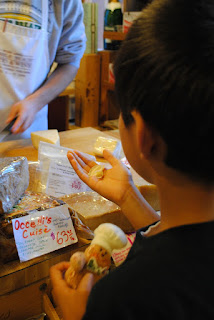 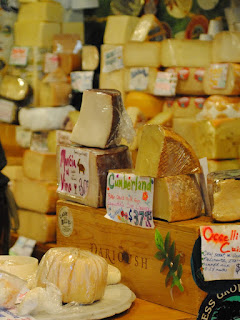 Here's what everyone else read in March 2018: here.