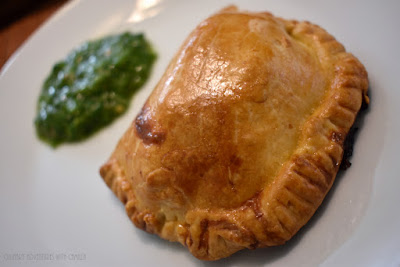 Another year. Another cooking project. Yeah, I'm a sucker for any cooking project that gets us out of our own culinary traditions. So, I was excited to see the new #EattheWorld project, being spearheaded by Evelyne of CulturEatz. Here's her challenge. We're kicking off the project with Cuba! And you'll see a new country celebrated on the 10th of every month. Stay tuned.

Cuba was one of the first of my dinner party themes and it was all because of a mojito. Yes, I did plan an entire dinner around a cocktail! In the years since, we've made even more Cuban dishes, including Mojo-Marinated Pork Cubanos, Caldo Gallego, Pastel de Mango con Tres Leches, and so many more. We just love the Cuban flavor profiles of sour and salty and sweet. It's a circus for the tongue.

Eat the World: Cuba Edition
You can see what the other bloggers are sharing for our inaugural #EattheWorld... 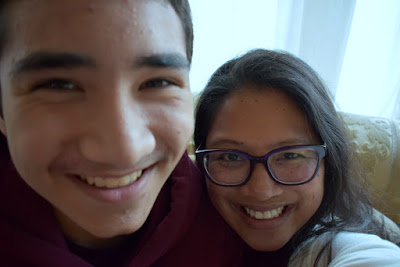 Though Evelyne urged us to stretch a bit and cook something we've never made before - and I will, I promise! - I couldn't say 'no' when my Precise Kitchen Elf asked if he could make a batch of empanadas for the project. He doesn't cook with me very often, unlike his little brother, the Enthusiastic Kitchen Elf, who cooks with me all the time. So, when R offers, I run with it.

Picadillo is a traditional Latin dish whose name comes from the verb picar which means 'to mince.' Every Latin American country has a slightly different twise; the Cuban version includes olives, raisins, garlic, oregano, and a splash of red wine vinegar. Remember, I said, sour, salty, sweet, and more. And the word empanada comes from the verb 'empanar' which literally means to 'wrap in bread.'

Our version is baked, not fried, and we served it with three different sauces: chimichurri, fresh tomato salsa, and more picadillo in case they wanted more meat! 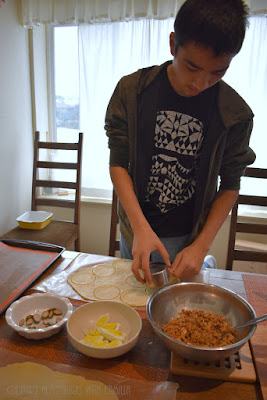 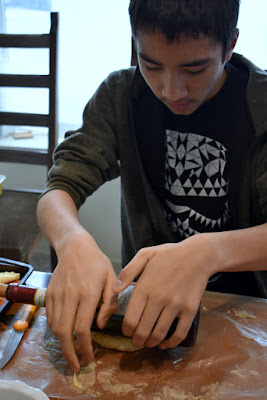 
Beef Filling
Combine the first five ingredients together in a mixing bowl. Melt the butter in a large, flat-bottom pan. Add the onions, garlic, and poblano and cook till the onions are softened and translucent. Add the meat mixture to the onions and cook on medium heat until the meat is cooked thoroughly, stirring frequently. Stir in 2 T fresh tomato sauce and season to taste with salt and pepper. 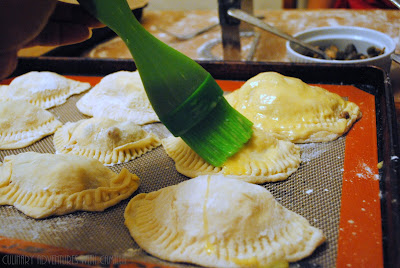 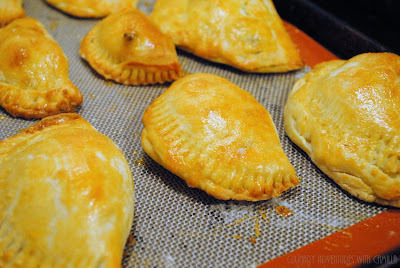 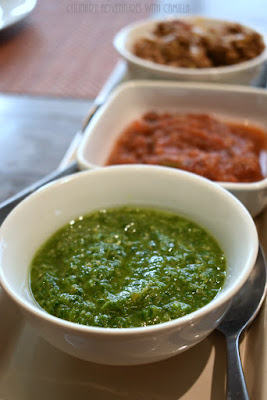 We served ours with homemade salsa rojo, chimichurri sauce, and leftover picadillo. Yum!