By Camilla M. Mann February 02, 2018
Today, my Spices of the Souk students and I focused on saffron. You know: the most expensive spice in the world.

Saffron is derived from the dried stigmas of the saffron crocus (crocus sativus). The stigmas are red, but when soaked in water they render a vivid, golden hue. Beautiful!


A couple of years ago, when D and I were watching an episode from the second season of Mind of a Chef, we watched Chef April Bloomfield make lamb biriyani with Chef Stevie Parle. We loved the presentation with the naan on top of the pots. We've been making it that way every since. 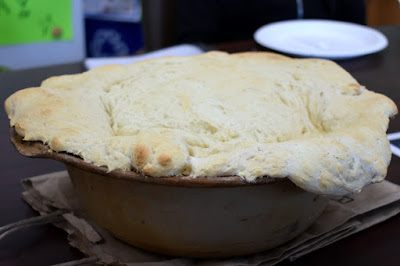 Quick Note: This recipe can NOT be done in a 75 minute class period. So, I did the beef the night before class. In class, we assembled the pots, baked, and enjoyed. This is well worth the efforts, I promise! Also, one of my cooking kiddos is dairy sensitive, so I substituted coconut milk yogurt for regular yogurt. 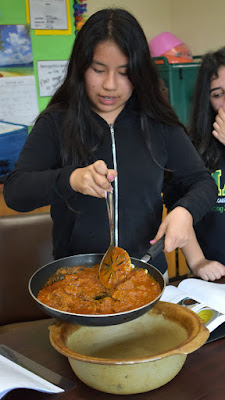 Procedure
Curry
Prepare the spice mix by placing all the whole spices - except for the cinnamon - in a pestle. Grind with the mortar. Grate the cinnamon and stir in the cinnamon, turmeric, paprika, ground ginger, and nutmeg. Put to one side. In the same pestle grind the garlic and ginger with one teaspoon of salt until you have a rough paste. Set aside. 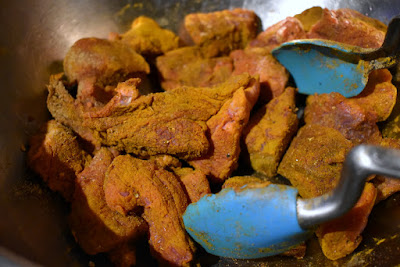 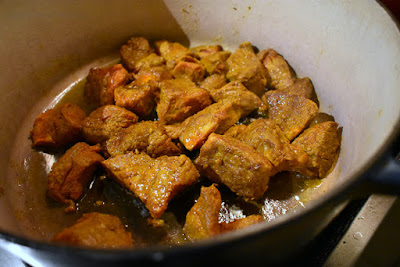 In a large pan - we used a Dutch oven - melt butter in a splash of oil. Brown the meat until golden on all sides. Remove meat from the pan and stir in the onions. Stir well. When the onions begin to soften, add the meat back in to the pan.

Biriyani
An hour before you'll be ready to assemble, soak your basmati rice in cool water and make your naan dough (see below). Bring your curry to room temperature if you refrigerated it over night. Drain the rice and cover it with boiling water. Add a pinch of salt. Let it boil for five minutes. Drain the rice, then return it to a covered pot to let it steam.

Place saffron in a small bowl and pour boiling water over it. Let steep for 5 to 10 minutes before assembling your pots. Preheat the oven to 425 degrees F. 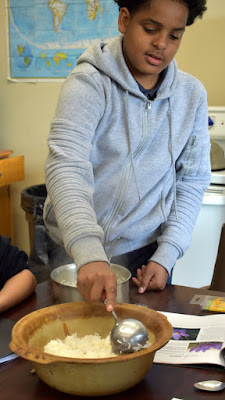 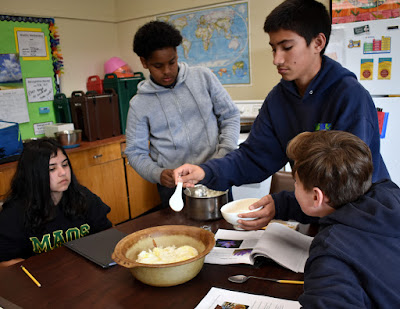 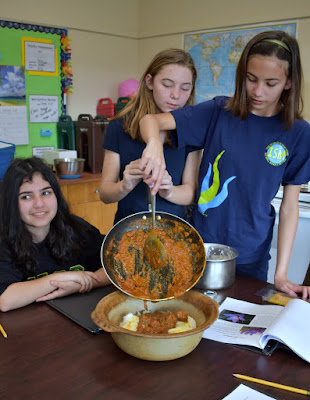 Naan
In a small mixing bowl, dissolve the active dry yeast and sugar in the warm milk. Let it sit until it blooms, approximately 10 or 15 minutes. 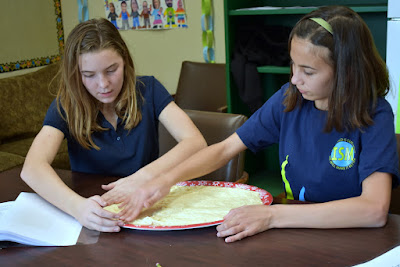 Once you're ready to assemble and bake, press the dough into a circle that will cover the mouth of your baking dish. Sprinkle some of the flour on top of the dough and on your hands as needed. 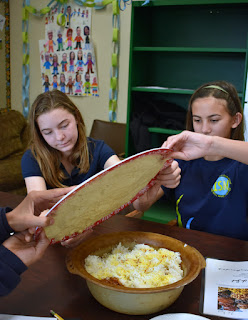 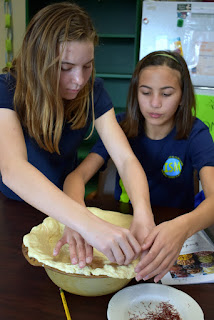 Place the naan circle on top of your curry and rice pots. Press it down securely and place it on a baking sheet. Bake until the naan is cooked and golden brown. Ours took approximately 20 minutes, but it was pretty thick and deep. If you have extra naan, cook them quickly on a hot skillet. 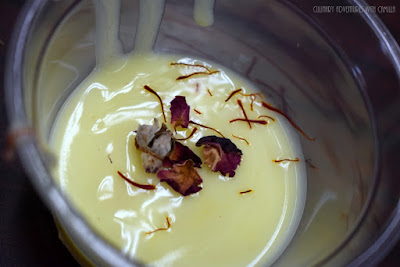 A lassi is a popular, traditional Indian drink made with a blend of yogurt, water, and sugar. This saffron lassi is tart and sweet. And, because I have one student with a dairy sensitivity, we did one version with cow's milk yogurt and one with coconut milk yogurt. 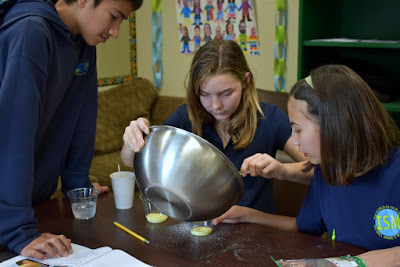 Procedure
Add saffron to hot water and let it stand for 10 minutes. Mix saffron water with rest of the ingredients and serve immediately. Top with garnishes, if using.