By Camilla M. Mann February 14, 2018
This is a sponsored post written by me on behalf of Donkey & Goat Winery.* All opinions are my own. 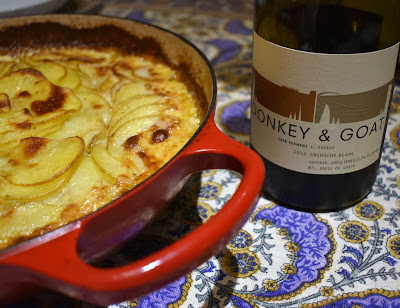 It's wild for me to think that I've never met Jared and Tracey Brandt of Donkey & Goat Winery in real life. I've long been a fan of their wines; I make a point to swing by their tasting room in Berkeley any time we're in the Bay Area; and they agreed to sponsor a Locavore Cooking Class + Feast that I donate each year to a local high school fundraiser. They are awesome and supportive though we've only connected virtually. 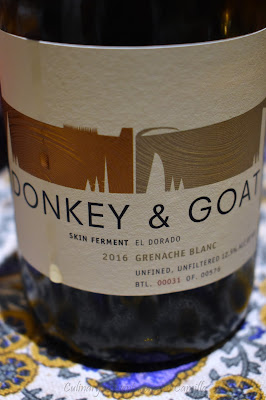 So, when Jared emailed to say that my name had come up in conversation and would I be willing to create a pairing suggestion to time with their Spring wine release, I agreed before I even knew with what wine I would be working. 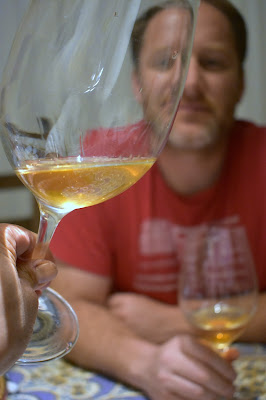 When I realized it was their new Grenache Blanc Skins, I shrieked in glee. Really. Maybe it was more of a squeal, but it was definitely accompanied by a little jump. I love all the Donkey & Goat skin ferments; they are so esoteric and have great texture. And, on top of that, I adore that beautiful orange hue. You just know you're sipping 'adventure' with a wine that color, right? 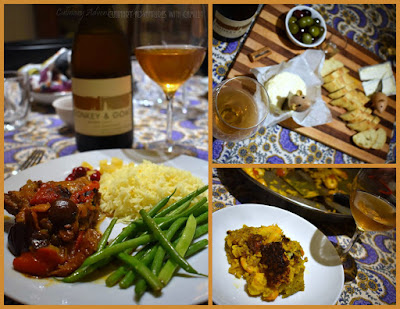 I tested several various dishes with the wine, including a Chicken Tagine with Roasted Peppers and Olives; Paella; and different cheeses. I'll be sharing thoughts on those soon. But, when I gave Jared the option of the pairings, he asked me to lean towards something that would be inspirational and not too intimidating.

Then my husband - who never cooks and hardly comments on my food until it's something he really dislikes and it's been served more than five times - made a suggestion. "I see this pairing really well with potatoes and cream...but for a main dish." I mentioned the sole I had from the fish market and ran fennel by him as an additional flavor. In my estimation, fennel pollen is the equivalent of culinary fairy dust. It makes everything sparkle. 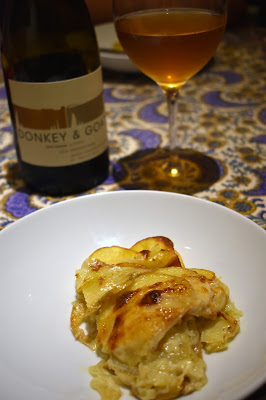 Success! I love that this dish looks and tastes elegant, but it requires just a handful of ingredients and only two pans. Potatoes and cream are always comforting, but the addition of fish, sweet onions, and earthy fennel make this a dish fancy enough for company. Toss together a green salad, open a bottle of Donkey & Goat Winery’s Grenache Blanc Skins, and dinner is served!

A few notes: I used a 9” enameled cast iron pot. But you can use a ceramic dish or even individual ramekins for a more personal size serving. A mandolin slicer is helpful for the potatoes. And feel free to substitute whatever white fish you have available. Just be sure the fillets are thinly sliced. 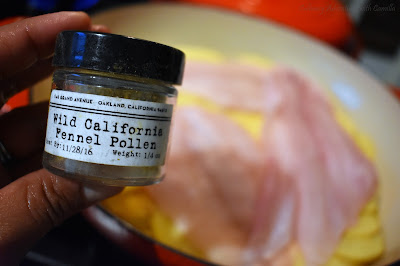 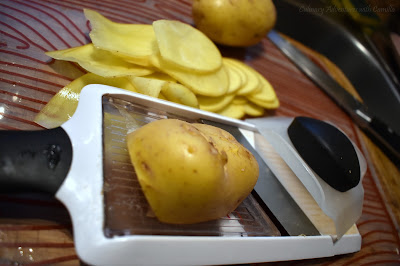 Preheat oven to 375°F. Butter a baking dish. Slice the potatoes into thin, even slices. Season the fish lightly with salt and pepper and set aside. 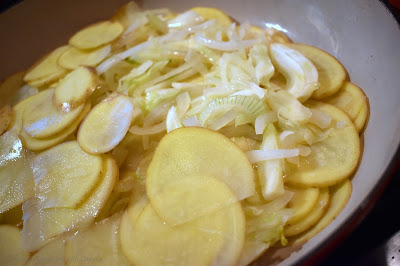 In a skillet with 1 T butter, cook the onions and fennel until they soften, approximately 10 minutes. Set aside. 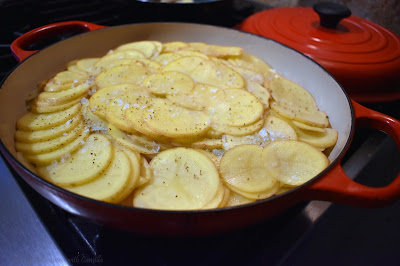 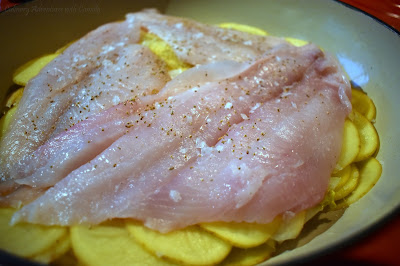 Gently press down on the layers to create an even top. Pour the cream over the potatoes. Bake for 40 minutes. 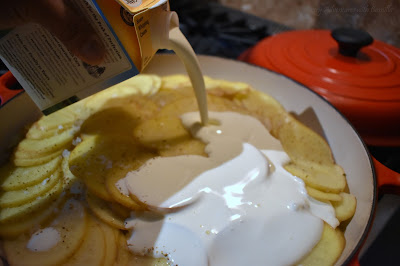 Cut 1 T butter into smaller cubes. Remove from the oven and dot the top with butter cubes. Return to the oven and bake until the top layer of potatoes is tender and beginning to brown, approximately 20 more minutes.

Remove from the oven and let rest for 10 to 15 minutes before slicing. Serve hot. 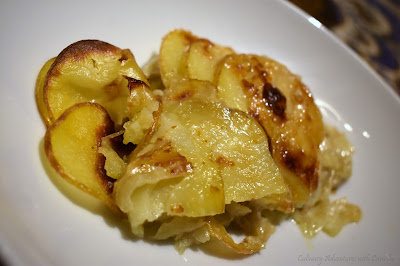 Donkey & Goat's Grenache Blanc Skins Tasting Notes
All of their wines are so unique. But this one is alluring in the breadth of aromas and flavors. Think of the sweet floral tinge of poached quince mixed with spiciness of cloves and cinnamon. Then imagine the zesty citrus of a Makrut lime tempered with fresh honeycomb. It sounds like it's all over the place, but it's beautifully balanced with solid tannins. Drinking this wine is an absolute pleasure! 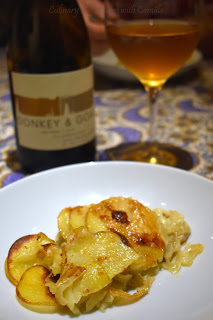 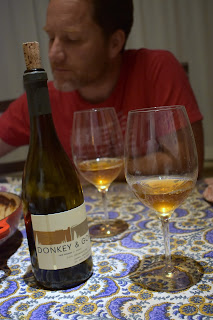 *Disclosure: I received complimentary product for the purpose of recipe development. This is a sponsored post that contains affiliate links. Although this post is sponsored, all opinions are my own.*