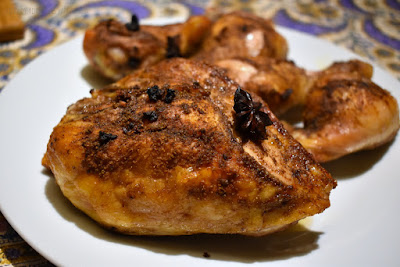 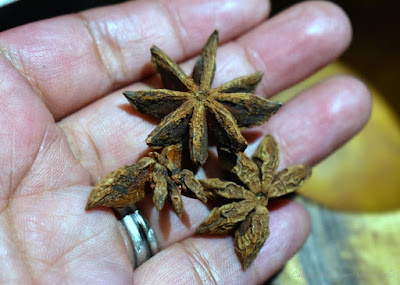 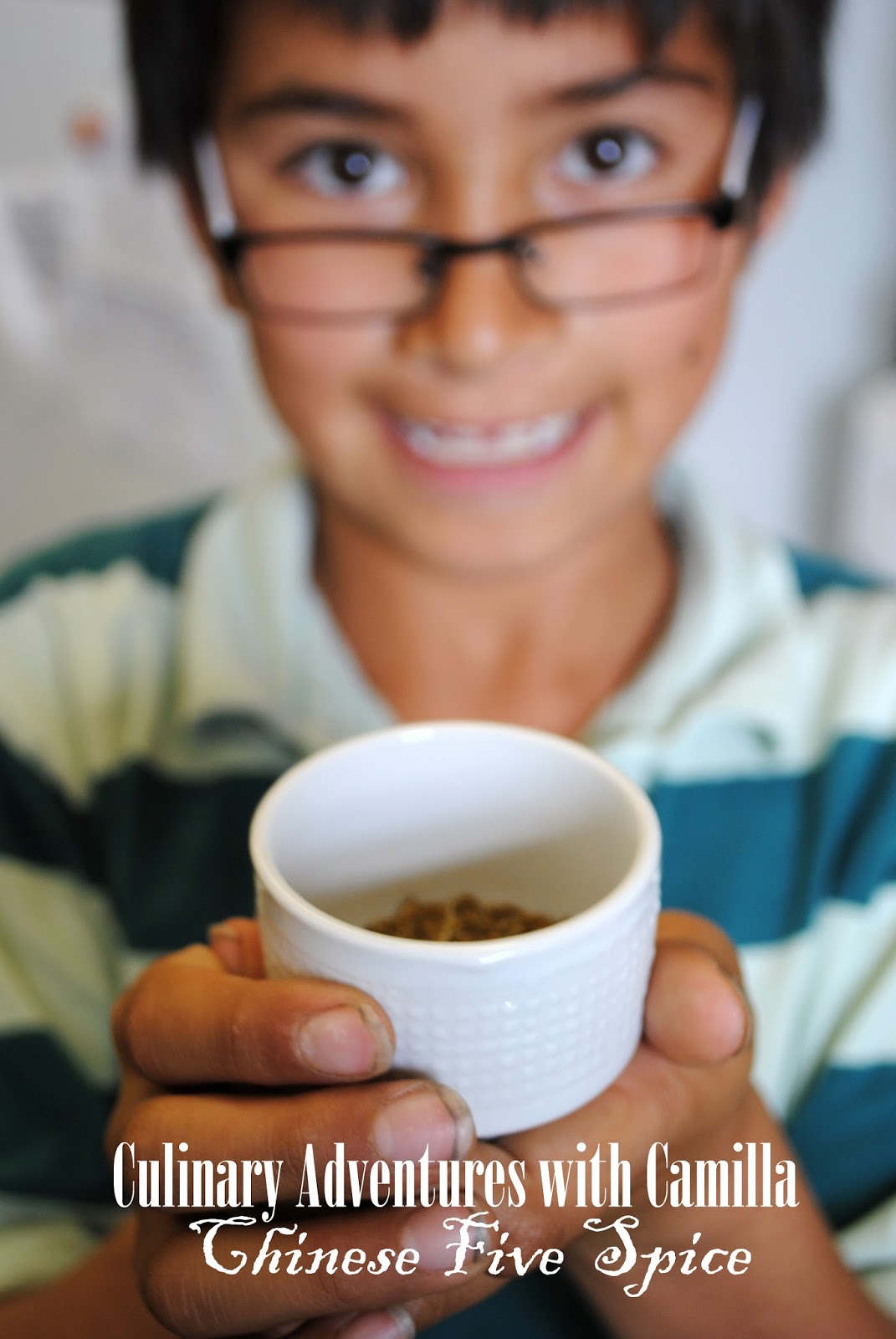 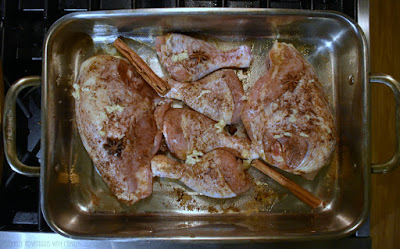 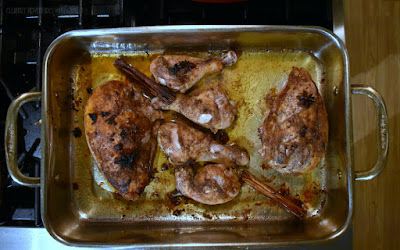 Roast, basting occasionally, until the juices of the chicken run clear. Our took about 35 to 40 minutes.