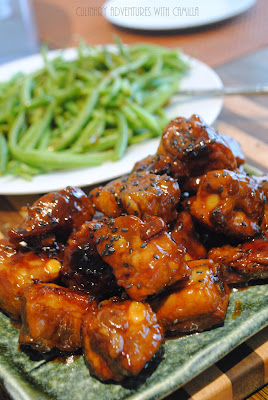 When one of the blogging groups to which I belong selected 'spare ribs' for the July topic, I was flummoxed because, though I've heard the words 'spare ribs' before, I really didn't know how those were different from the other types of ribs that I usually get. 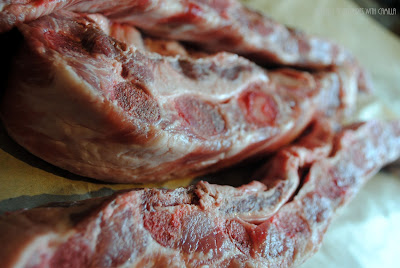 A little bit of reading and a trip to the butcher and I was all set. I even had the butcher slice the ribs to 1-1/2" lengths. 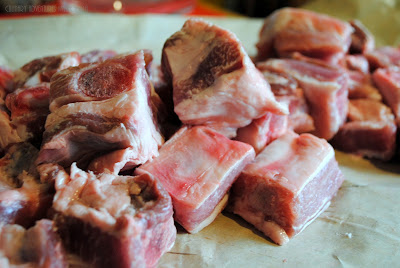 I sliced between the bones to create small riblets. Then I test two different preparations. This one was the favorite for two of my boys, but the other said it had too much honey. Interesting. I did prefer the second dish better myself, but this one wins for ease. 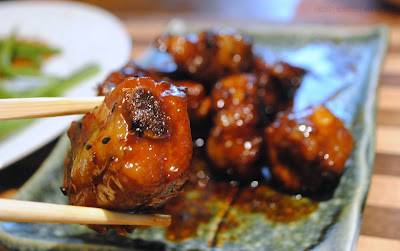 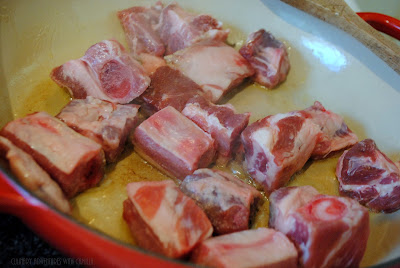 Pour water, honey, salt, sesame oil, and soy sauce or tamari in a medium bowl and whisk to combine. Heat a large saucepan (I used my braiser) or wok and add olive oil. 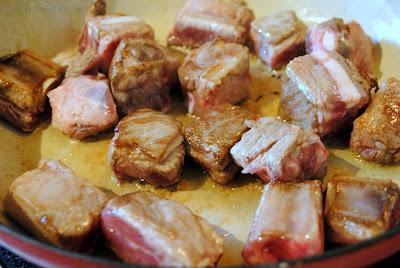 Add spare ribs and brown on all sides over medium heat, approximately 7 to 8 minutes. Pour in the water-honey mixture and bring to a boil. There should be enough liquid to cover the spareribs. Cook over medium high heat until liquid is greatly reduced and sauce becomes thick and caramelizes. This process should take about 30 minutes. 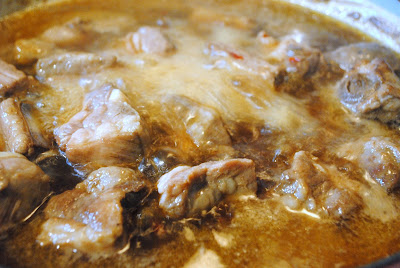 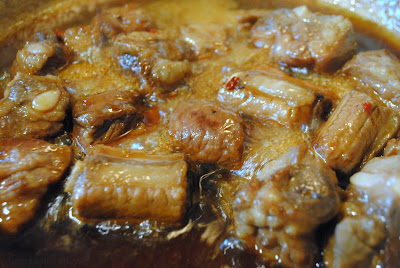 You will need to be vigilant after about 25 minutes as the sauce is really caramelized and can easily scorch. As soon as the sauce is thick - like molasses - turn off the heat. 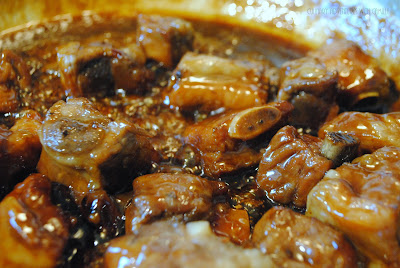 Turn the spareribs to fully coat each piece with the caramelized honey sauce. Remove to a serving platter. Garnish with black sesame seeds, if using. 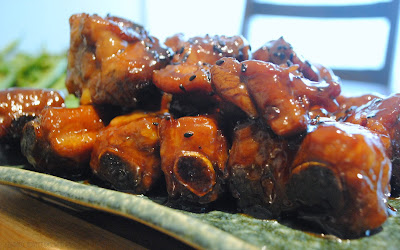 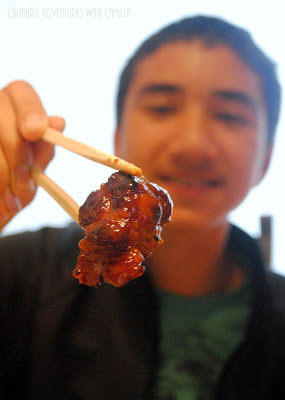 Now that I've used spare ribs, I will definitely be buying them more often. They are less expensive than baby back ribs and seem just as meaty if not more.