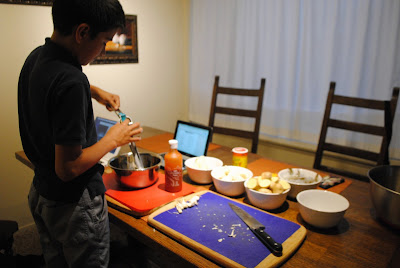 While I am usually excited when their homework projects involve food, I have to admit that I was not exactly thrilled when D announced that he had to make a version of a shrimp boil for Friday morning. What?!?!

"It's fine, Mom. I already translated it into Spanish and made the grocery list. You just need to get the ingredients and help me on Thursday night."

"Oh, can we get up early on Friday morning and you can help me then?"

"Ooops, no, it won't work. I have to film the cooking and I don't want to be doing it at the last minute." 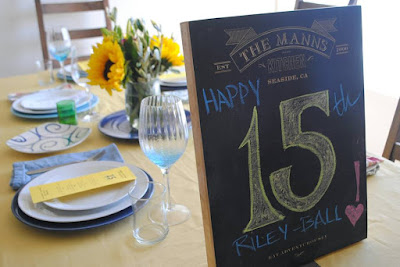 So, after dinner, I cleared the birthday party remnants, put away the leftovers, scrubbed the spots on the tablecloth, started the laundry, and did the dishes...then we started. 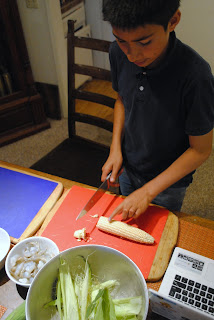 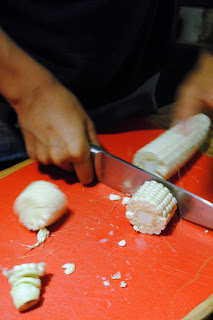 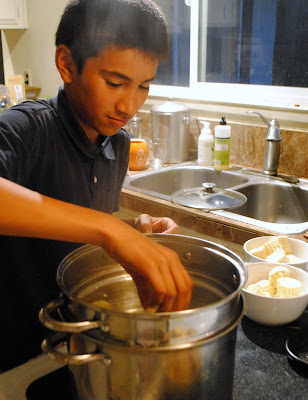 Procedure
Place potatoes and corn in a large pot and submerge in water. Bring to a boil, then simmer until potatoes can be pierced with a knife with almost resistance, approximately 10 to 12 minutes. Drain and rinse under cold water. 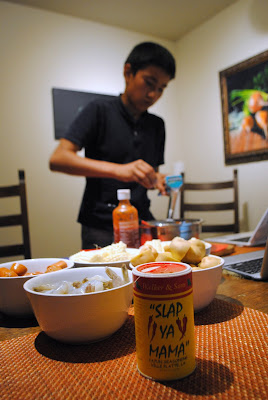 In a small bowl, mix together Cajun spice, pressed garlic, olive oil, and red chili paste. Mix in the shrimp until they are well-coated. Set aside for at least 10 minutes. 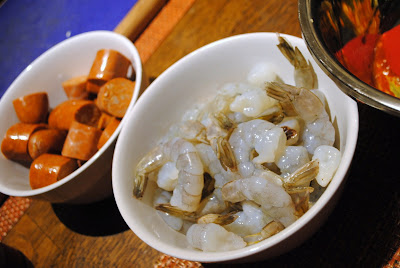 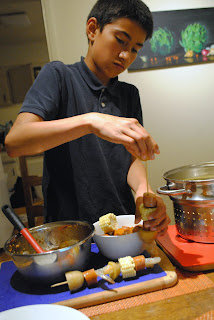 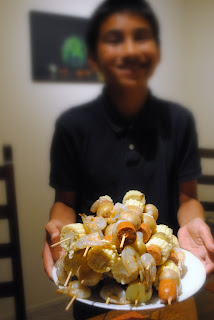 Brush grill or grill pan with oil. Cook until the shrimp is opaque pink and the other ingredients have a nice char. Remove to platter. Serve immediately with lemon wedges and melted butter...and lots of napkins. He decided to skip the melted butter because it would "make a huge mess in the classroom." Good thinking. 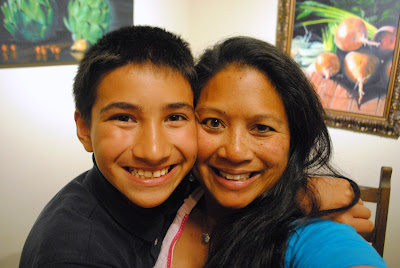 Well, I didn't want to do it. But I never regret spending time in the kitchen with this kid. I hope his classmates enjoyed it.