My Creature of Habit: Birthday Sushi 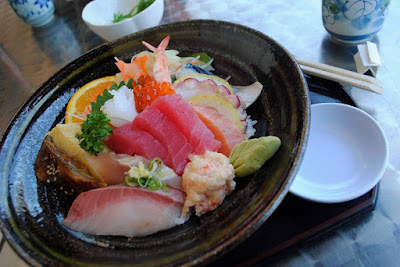 This post has been sitting, in draft form, for a week. Whoops! I already posted about R's birthday crêpes and his birthday Baked Alaska, but I didn't share his birthday sushi lunch.

I worked a half-day, dropped off teacher gifts (he didn't feel comfortable bringing wine onto campus!), and picked him up from his last day of finals. I told him that I would take him anywhere he wanted to go for lunch. Anywhere. 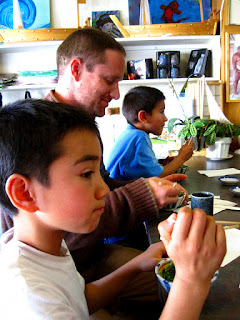 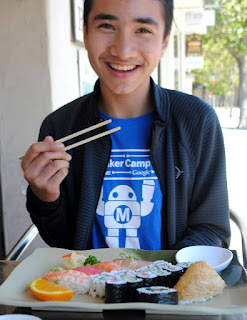 And one year, maybe his 13th, we took two of his friends with us for a mid-week birthday dinner. 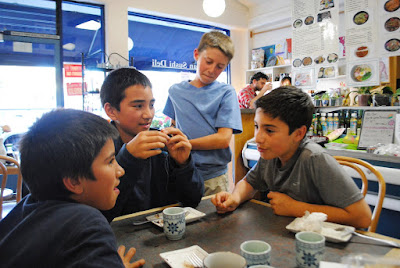 He always starts with the ocean veggie salad... 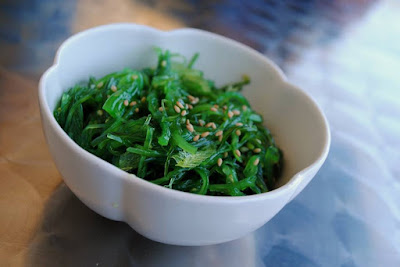 And Ms. Shiho always gives him pudding at the end. He varies what he orders for his main dish, but this time he went for a variety of rolls. 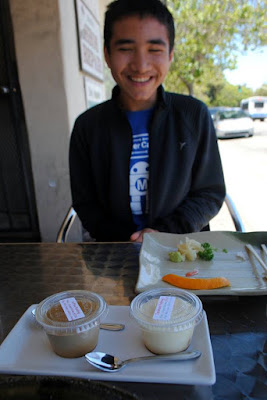 He was so happy. I'm not sure what he's going to do when he goes away to college. Maybe he'll be on a semester system and already home by the time the beginning of June rolls around.