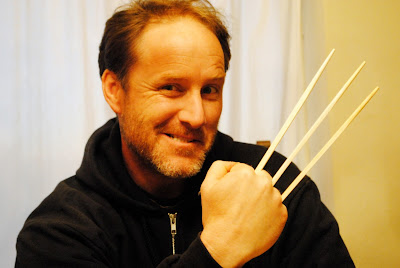 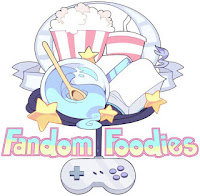 This month Heather from All Roads Lead to the Kitchen posted an invitation in our Food'N'Flix  Facebook group that she was hosting an event over at Fandom Foodies.

Okay, I have never heard of that site, but I adore Heather's blog and she's always taking part in fun events. So, I hopped over and checked it out. Yep. Sounded like fun: find inspiration from any of the X-Men movies or comic books* and come up with a recipe. You can read Heather's invitation: here. Sounded like fun. So, I was in.

If you're unfamiliar, the X-Men are genetic mutants. They are individuals born with special adaptations who have pledged to use their powers to protect both the mutant and the human races.

I looked through our DVDs and talked to my resident X-Men fans to see what we should watch. We talked about the originals...then all of the spinoffs. Finally, I decided that I wanted to do something with a Japanese bent based on Wolverine.


The movie opens at a prison camp near Nagasaki, Japan in 1945 where Japanese officer Yashida encounters Logan. Logan shields Yashida after the nuclear explosion and is horrifically burned by the blast. Yashida witnesses Logan's body heal before his eyes.

Aside from the next few scenes which are set in the Alaskan wilderness, the rest of the movie takes place in Japan. It's your basic action adventure with heroes and villains, betrayal by a mentor, and a little romance. But it's a fun way to spend a couple of hours, especially if you like the X-Men stories. 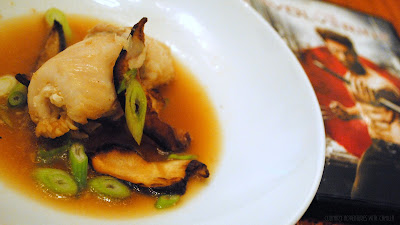 In the Bowl...
I already shared the recipe for this Wolverine-inspired dish: Ginger-Miso Petrale. I combined a few different methods, making dashi to create a miso broth, then poaching the petrale sole from our Real Good Fish CSF in the style of Sole Véronique. I topped it with Crisped Mushrooms. Oh, my...pure deliciousness! 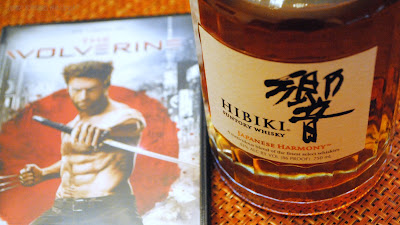 In the Glass...
There is a scene in Wolverine where you see Logan drinking Hibiki Whisky. As that's usually my spirit of choice - keep your rum and give me a whisky or bourbon any day! - I decided to track down a bottle of Hibiki. First, Jake and I tried it neat. It was nice, but didn't topple Jefferson's Ocean as my bourbon of choice!

Jefferson's is an ocean-aged bourbon that I keep for special occasions. Yep, it's as crazy as it sounds this bourbon is aged on the ocean. I first discovered it when I interviewed a chef in King City who was just opening his restaurant. I wanted to balk and say that it had to be a marketing gimmick. But, I can't.

This bourbon is aged for six to eight years before it's put into barrels and loaded onto a container ship. For six months, the bourbon circumnavigates the globe, stopping in over thirty ports, and crossing the equator four times. The idea is that the constant movement of the bourbon, as it sloshes around, ages it faster because more of the liquid is in contact with the wood more often. Interesting, right? If you like bourbon, track down a bottle.

So, I set out creating a cocktail with the Hibiki. I came across a Kyushiki, a Japanese Old Fashioned, but I couldn't get my hands on kuru sato (Japanese black sugar) for less than $20 and I had already spent a pretty penny for the whisky. 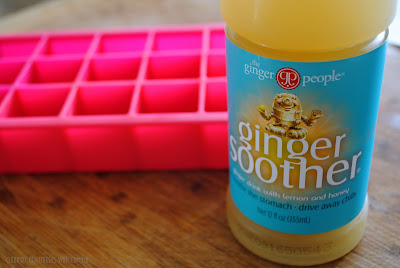 But I did like the combination of ginger and whisky, so I froze cubes with Ginger People's Ginger Soother and made a simple syrup with fresh ginger. For the citrus, I used both local blood oranges and mandarinquats. Yep, it is as it sounds: a hybrid of a mandarin and a kumquat. 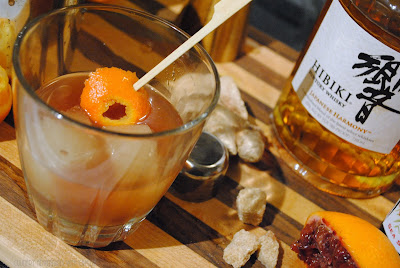 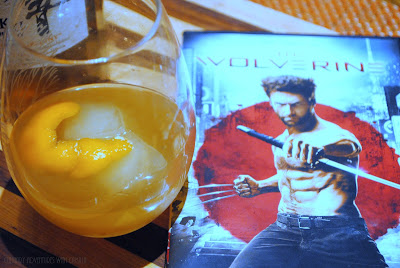 Procedure
Ginger Cubes
Pour Ginger Soother into the cube mold and freeze solid. This can be done ahead of time.

Ginger Simple Syrup
Combine sugar with water in a medium saucepan. Bring to a boil and swirl to dissolve the sugar granules. Place the ginger in the syrup and reduce heat to a simmer. Cook for 5 minutes. Remove from heat and let ginger steep for another 5 minutes. Strain and chill. Makes about 1 cup. Syrup will keep, refrigerated, for up to 2 weeks.
Cocktail
Place frozen Ginger Soother cubes in an old fashioned glass. In a cocktail shaker, muddle sugar cube, bitters, and ginger juice. Add syrup, whisky, and citrus juices. Stir and strain into prepared glass. Garnish with a citrus peel.