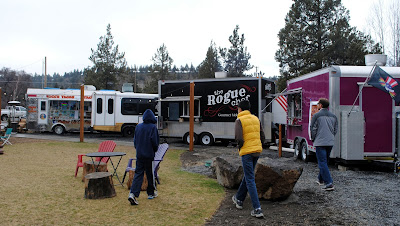 On our way into town, we spotted a gathering of food trucks in Tumalo. And, we decided that when we didn't want to cook lunch, we'd head over there. Today was the day. 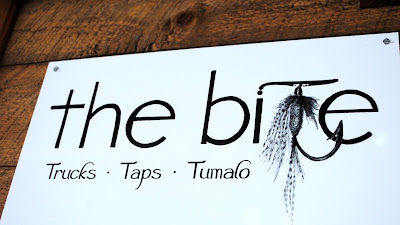 Turns out, it's called The Bite. Today there were four trucks there, but only three were open. We perused all the menus and ended up ordering from Heidi's Grilled Cheesery and The Rogue Chef. 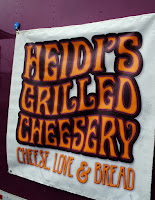 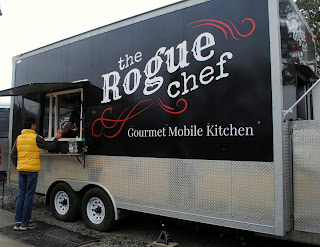 We found a table under the twinkle lights inside and I couldn't resist getting a pint of Blood Orange Cider from Elemental Hard Cider in Washington. I have never seen any brews from them before. But, if this cider was any indication, I definitely want to get my hands on more. Cheers! 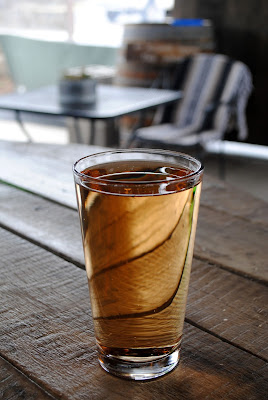 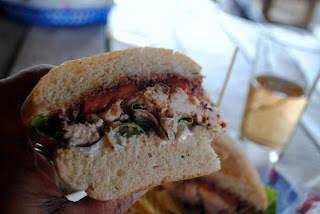 Also, from Heidi's, D tried their soup of the day, their Sunshine Curry made with red and yellow curry, bamboo shoots, water chestnuts, and yam. It was spicy and delicious. 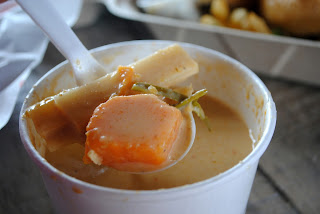 The boys both ordered from The Rogue Chef. R can never resist a BLT when he finds one. And D wanted a burger with bleu cheese and bacon. 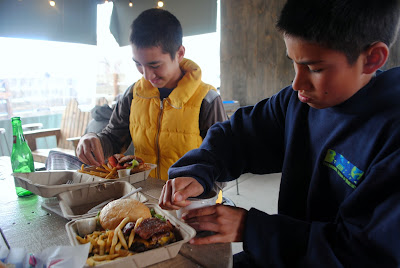 The Rogue Chef delivered on both counts. D declared it almost the best burger he's every had. That is saying a lot as he loves burgers and has had great ones. 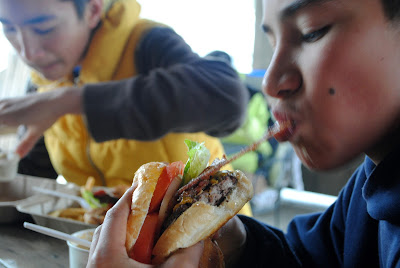 All we had left at the end of the meal were empty plates, drained glasses, and dirty napkins. Wow. I hope we can squeeze in one more visit to The Bite this week! 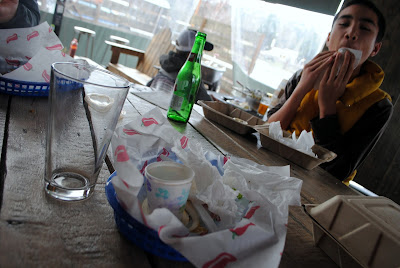