By Camilla M. Mann October 16, 2016
This is a sponsored post written by me on behalf of Le Creuset. All opinions are my own. 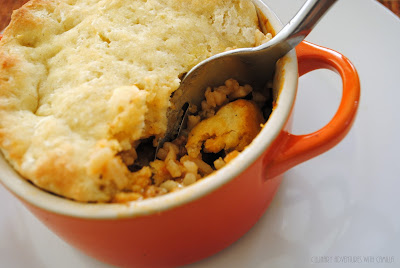 You can read about how I ended up with these lovely mini cocottes from Le Creuset in this post: Utility and Beauty. As soon as I opened up the box and my Enthusiastic Kitchen Elf saw the cocottes, he squealed, "I'm going to make biriyani in those!!" Okay. 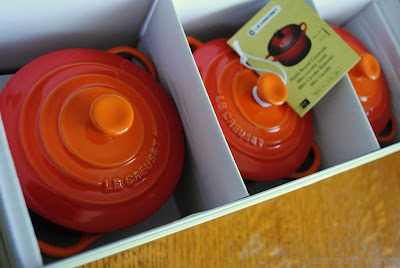 A couple of years ago, when the Enthusiastic Kitchen Elf and I were watching an episode from the second season of Mind of a Chef, we watched Chef April Bloomfield make lamb biriyani with Chef Stevie Parle. Here's a link to the Venison Biriyani on his website. We loved the presentation with the naan on top of the pots. We've been making it that way every since. 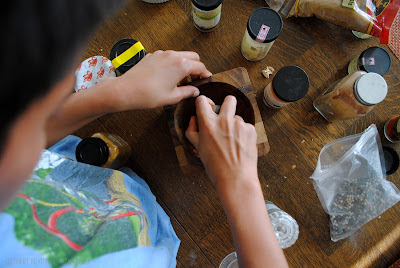 Quick Note: This recipe was made over a period of two evenings. On the first, we seasoned the meat and made the curry which cooked for over three hours. On the second, we assembled the pots, baked, and enjoyed. This is well worth the efforts, I promise! Also, because our naan is made with gluten-free flour, I add an egg to help bind the dough. If you are using regular flour, you can skip the egg.

In a large pan - we used a Dutch oven - melt butter in a splash of oil. Brown the meat until golden on all sides. 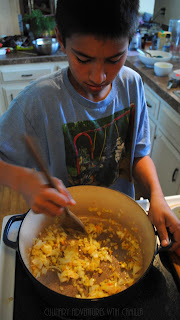 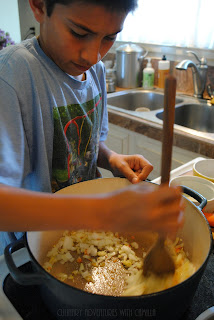 Remove meat from the pan and stir in the onions. Stir well. When the onions begin to soften, add the meat back in to the pan.

An hour before you'll be ready to assemble, soak your basmati rice in cool water and make your naan dough (see below). Bring your curry to room temperature if you refrigerated it over night. Drain the rice and cover it with boiling water. Add a pinch of salt. Let it boil for five minutes. Drain the rice, then return it to a covered pot to let it steam. 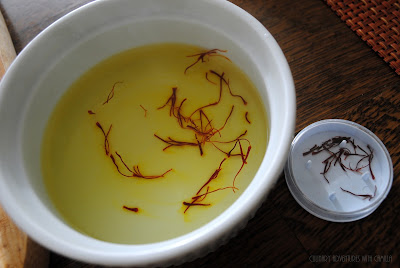 Place saffron in a small bowl and pour boiling water over it. Let steep for 5 to 10 minutes before assembling your pots... 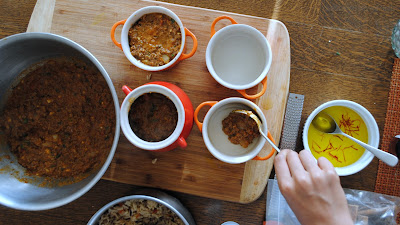 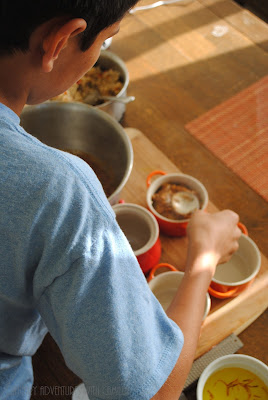 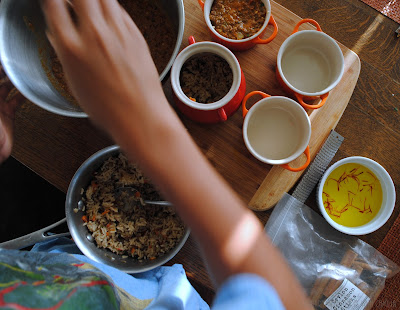 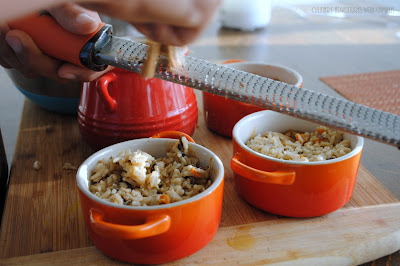 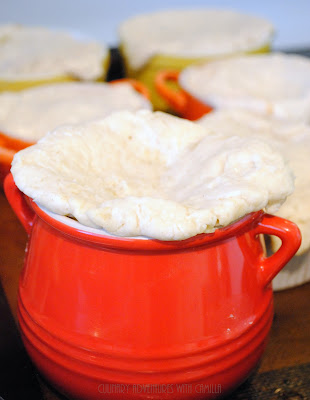 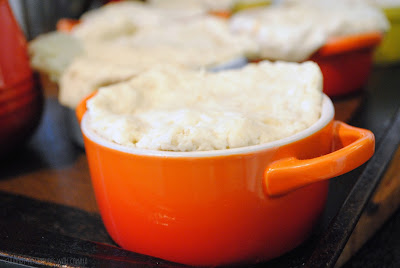 On the upside, I think that I've finally put my mini cocottes to good use. On the downside, I think he thinks these belong to him now! I might just need to get another set when he goes off to college. For now, we can share.

*Disclosure: I received this product for free from the sponsor and/or its public relations team in exchange for an honest review. I have received no additional compensation for my post. My opinion is 100% my own and 100% accurate.