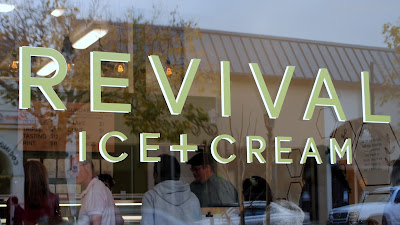 Yesterday Chef Ron Mendoza opened the doors to his brand-new ice cream shop: Revival Ice + Cream. We didn't make it over there yesterday, but we knew that we had to try it today. I'd seen too many photos from friends that just made me want to stick a spoon into my computer screen! 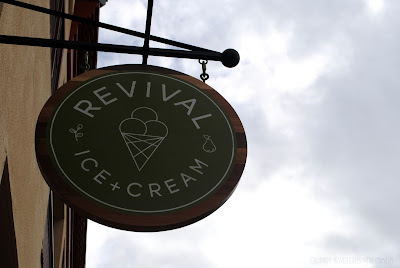 So, despite the grey skies and occasional raindrops, we headed over for some ice cream. When we arrived, the benches in front of the window were packed with customers and there were just a few people in line in front of us. By the time we got our ice cream, the line reached the door. It seems we weren't the only ones who were willing to eat ice cream in the rain! 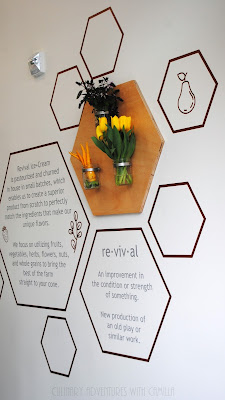 Made with Clover organic milk and cream and with almost all of the ingredients sourced from local farmers’ markets, Mendoza offered a dozen ice creams that were outrageously creative. 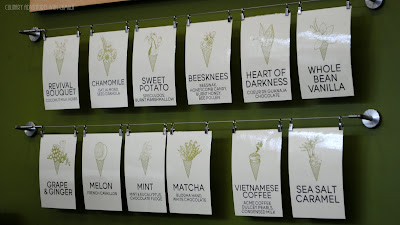 We tasted several and still couldn't decide. Jake ended up with a double scoop of Heart of Darkness and Mint. D chose to have an ice cream sundae with the Sweet Potato. The Sweet Potato has burnt marshmallows and speculoos crumbs; the kid will always pick something that includes a Dutch ingredient! I saw sauce and toppings in the cup, but he had almost devoured it before I had a chance to photograph it. 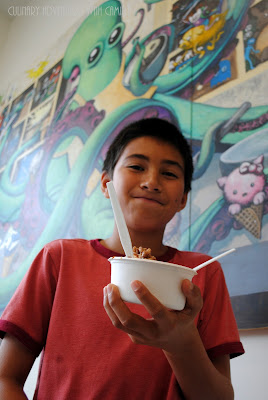 R and I opted for the four-scoop taster. We had the Matcha, Mint, Grape & Ginger, and BeesKnees. 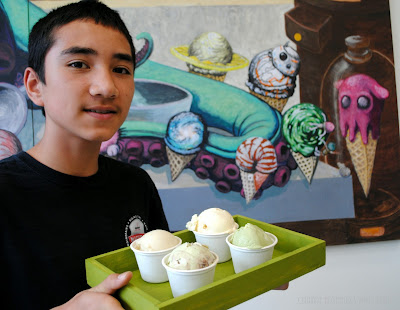 BeesKnees featured honeycomb from the Carmel Honey Company and bee pollen, too. The Matcha included Buddha's Hand; the Mint incorporated eucalyptus. The Grape & Ginger was a refreshing sorbet. Yum. 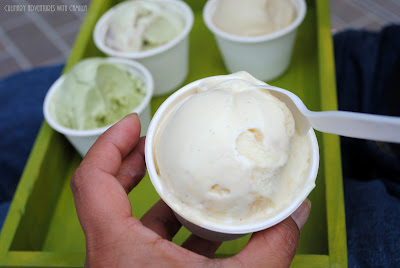 There's not much to say except: Wow!

Wow. Wow. Wow. As you can see...we didn't like it at all! If it weren't socially unacceptable to lick the tray clean, I'm pretty sure R and I would have battled it out. 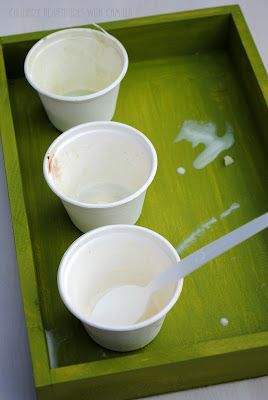 Mendoza's flavors are innovative, wild, and yet they are also perfectly balanced. All the way home, we debated which of the flavors we tried was the favorite. Nothing bubbled to the top because we were equally impressed by them all. 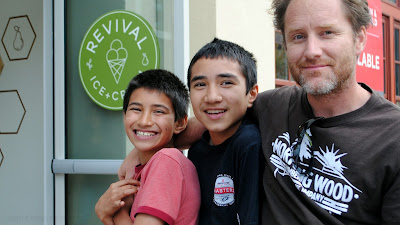 We can't wait to go back! Though we would love to go back again tomorrow, we'll probably give it a week or so to make sure there are new flavors to try. So impressed. So happy to have an artisan ice cream shop locally. 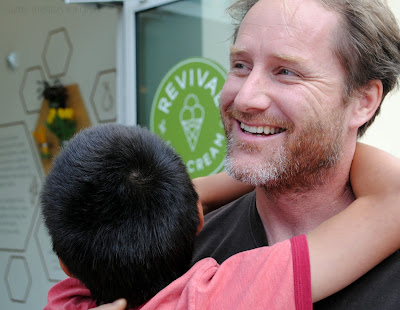