By Camilla M. Mann October 03, 2016
October is #MerlotMe month. And, in preparation for our #WinePW event on Saturday, I explored some Merlot-food pairings with some friends. Our first course was cheese course. 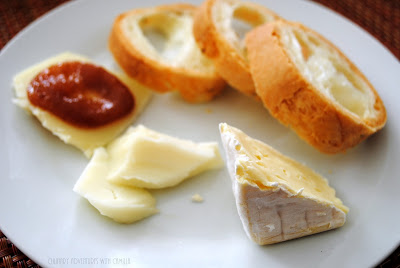 I looked for cheeses with either a firm texture or a strong flavor. Here's what we tried... 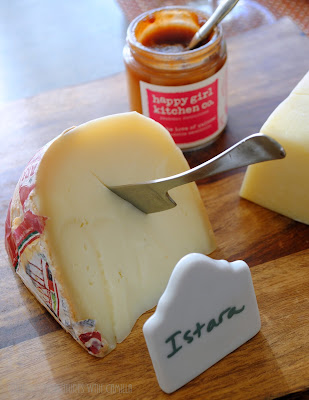 One: we paired the Merlot with a Basque sheep's milk cheese named Istara. This particular cheese usually referred to as Ossau-Iraty, referring to two rivers in the Basque region of France from which this cheese hails. It is also called Brebis Pyrenees, which is simply French for 'sheep cheese from the Pyrenees.' This cheese has a smooth, slightly oily texture. And it has a delightfully sweet flavor with hints of fig, olive, and hazelnut. While people of the Basque Region tend to serve this with a black cherry jam, I served it with a spreadable quince paste from one of our favorite local food purveyors, Happy Girl Kitchen. 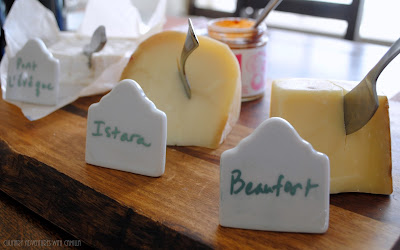 Two: we paired the Merlot with an Alpine cheese produced in Beaufort, in the Savoie region of the French Alps. Beaufort is a raw cow's milk cheese similar to the gruyère family. Like Gruyère, Beaufort is pale yellow, with a smooth and creamy texture. It has a distinctive, almost grassy aroma and grows more pungent as it ages. 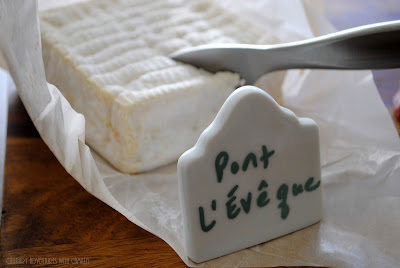 Three: the final cheese with which we paired the Merlot was a washed rind cheese - Pont-l'Évêque. Pont-l'Évêque is raw cow's milk cheese that has a fine texture and strong aroma. The cheese has been produced in Normandy since the 1300s where it was first made by the Cistercian monks. Over the years, it changed names - from "cherub" to "augelot" before taking on the name of the village around which its production was centered. 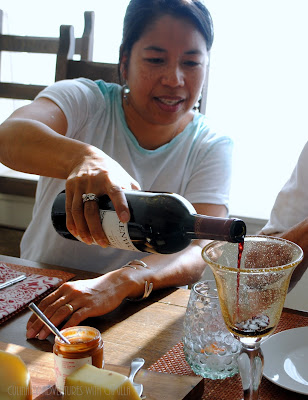 The Merlot we poured with this first course was the 2012 Kenwood Reserve Merlot. It's classic Sonoma with heft and depth and a generous amount of smoke on the nose and dark, ripe fruit on the tongue. It was a the perfect wine with our trio of cheeses.