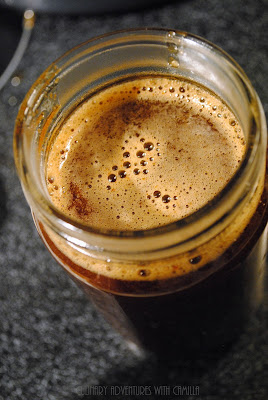 I came across an intriguing recipe last night that called for "boiled cider" and the recipe included a link to purchase the boiled cider - at $13 for the bottle and $6 for shipping. First, I didn't know what boiled cider was; second, I was pretty sure I could make it myself for less than $19!

I did some reading and realized that boiled cider was nothing more than apple cider reduced to a thick syrup. So easy!! Done. And it smelled amazing the entire time it was simmering. It smelled like fall! 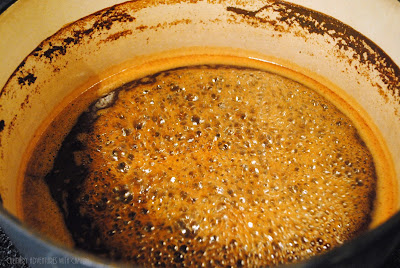 Procedure
Pour cider into a heavy pot; I used my Dutch oven. Bring the cider to a boil. Reduce the heat and keep at slightly more than a simmer until the gallon of liquid is reduced to about 2 C. It took me 4 hours.

Pour into a sterilized jar and refrigerate once cool. It should keep refrigerated for several months! You will see this in some Halloween treats I'm making next week.