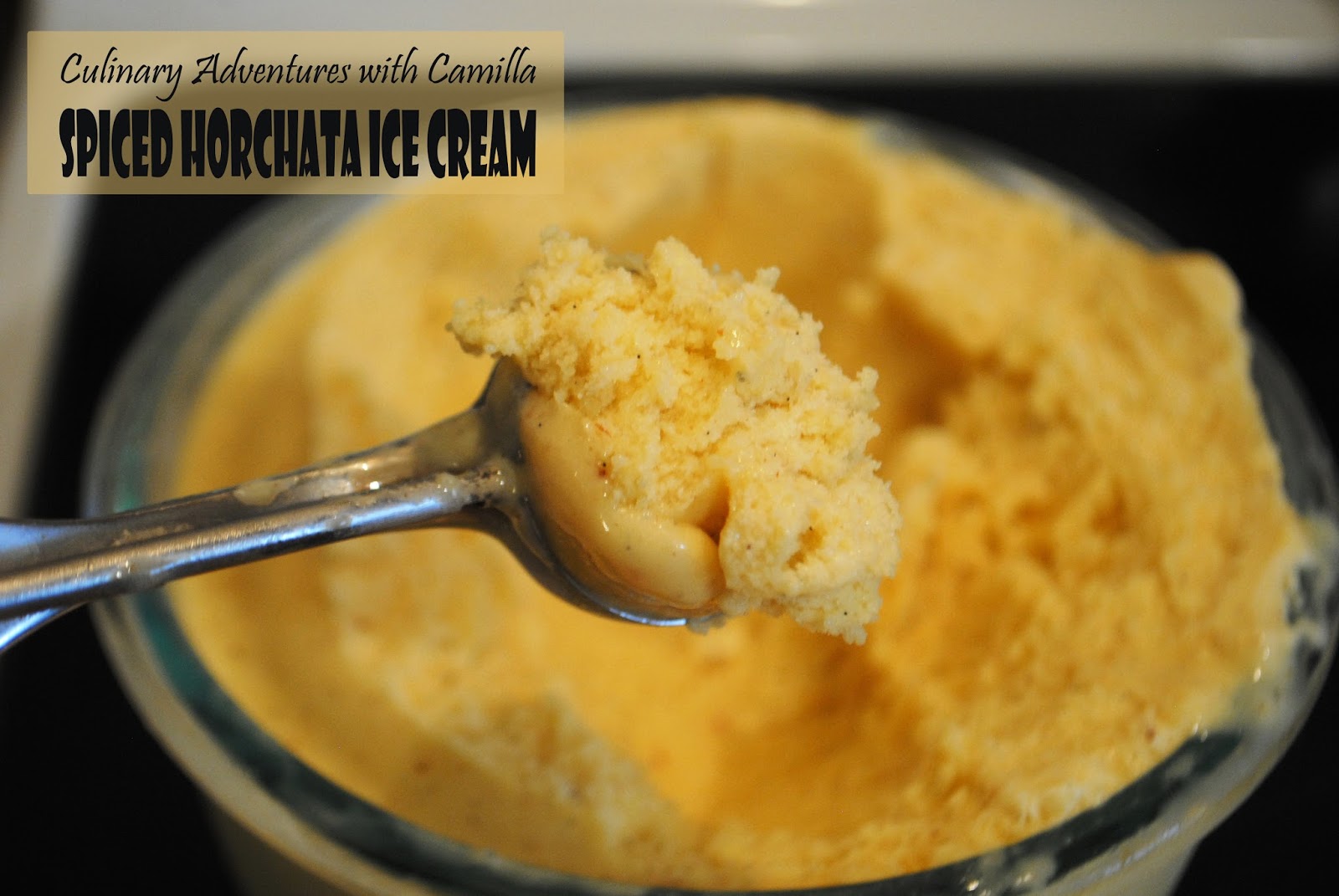 It's time for Group B's Secret Recipe Club December reveal. This month I was assigned to Famished Fish, Finicky Shark, penned by Saundra who writes: "Since I was a little girl, about 5 years old, I’ve been literally obsessed with cookbooks.  I could look at pictures of meals from magazines and books for hours.  My grandmother even cut out recipes for me, which I have to this very day!" That's so awesome. I recently found a binder of clipped recipes from college and my kids were excited to see what I was cooking way back then. Saundra admits that she is her most relaxed and creative self when in the kitchen.

In honor of her middle child who was diagnosed with autism in kindergarten, Saundra has a section of her blog dedicated to Autism Feature Recipes. These are recipes that are specifically made either Gluten Free, Dairy Free, GFCF (gluten-free casein-free) to prevent any probably food allergies which may cause behavioral issues.  There are also some high protein and healthy fat recipes that are targeted toward high brain function for her 'finicky shark' with autism.

I marked her Sweet Honey Corn Cake, Pumpkin Sage Quinoa, and Sweet Potato Coconut Curry as to-try. But, very uncharacteristically, I selected to make a sweet from Saundra's blog. I just couldn't pass up her Slow-Churned Horchata Ice Cream. I added a few more spices, used a higher fat content milk, and chilled my custard before churning. Otherwise, I stayed pretty true to her original recipe. 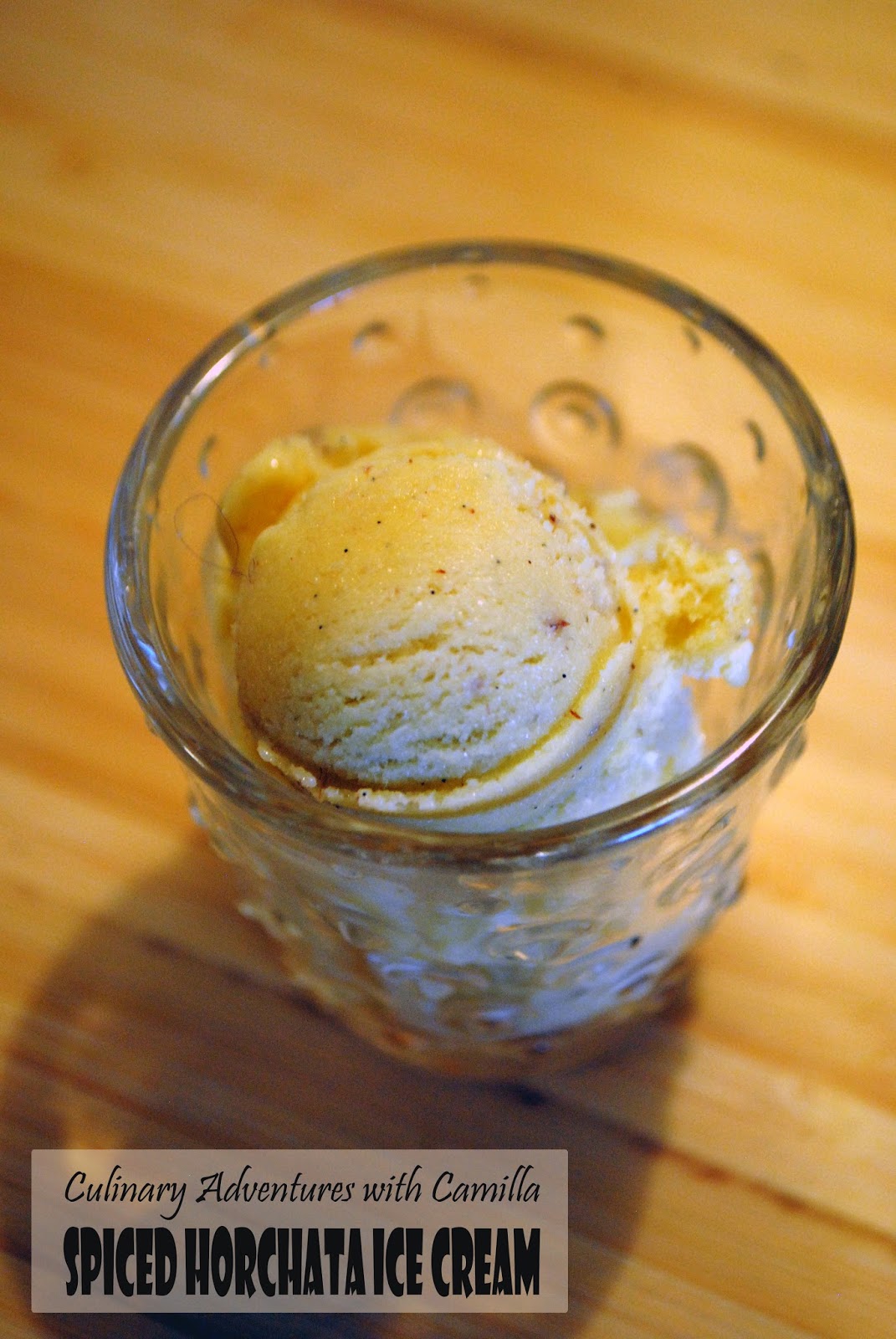 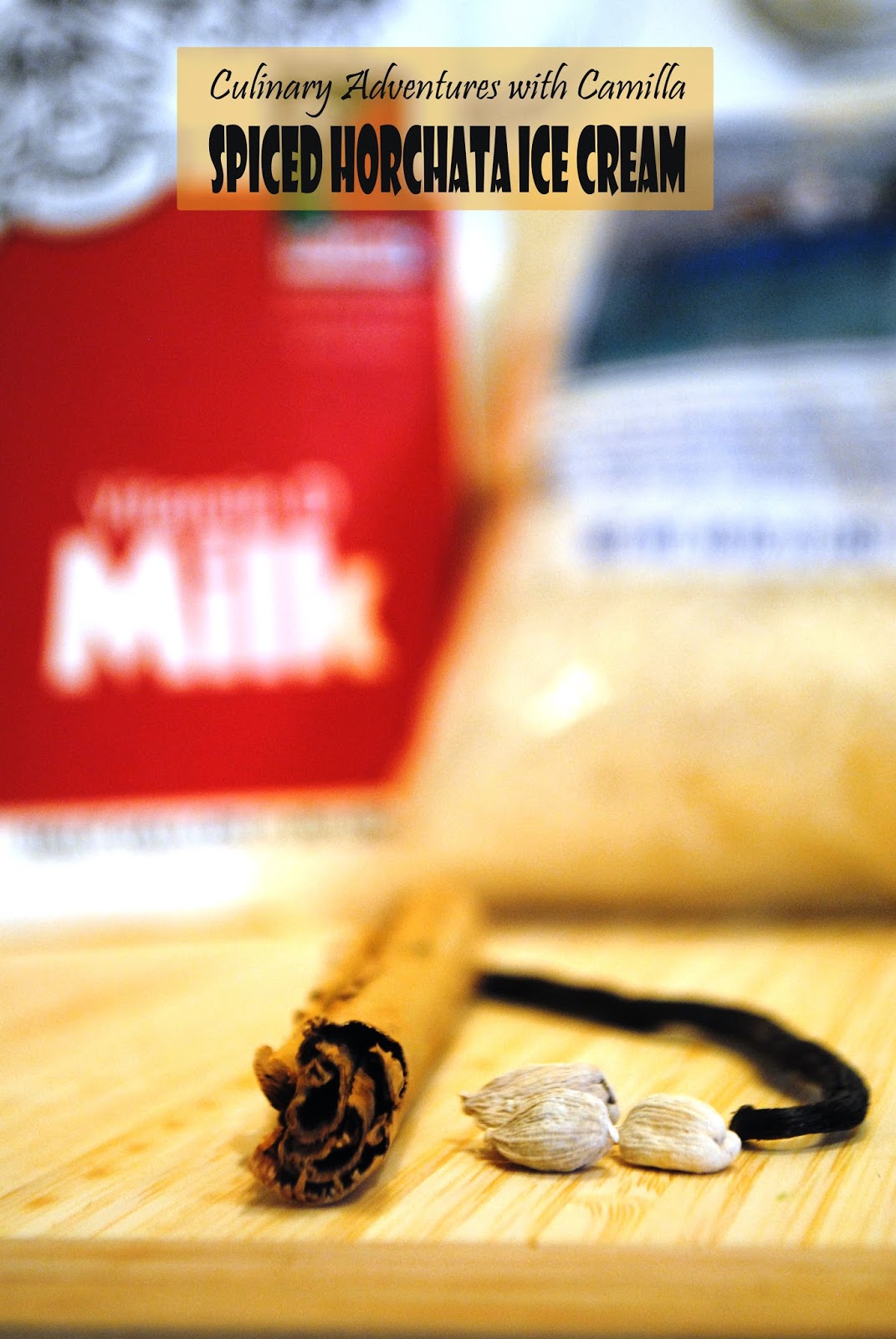 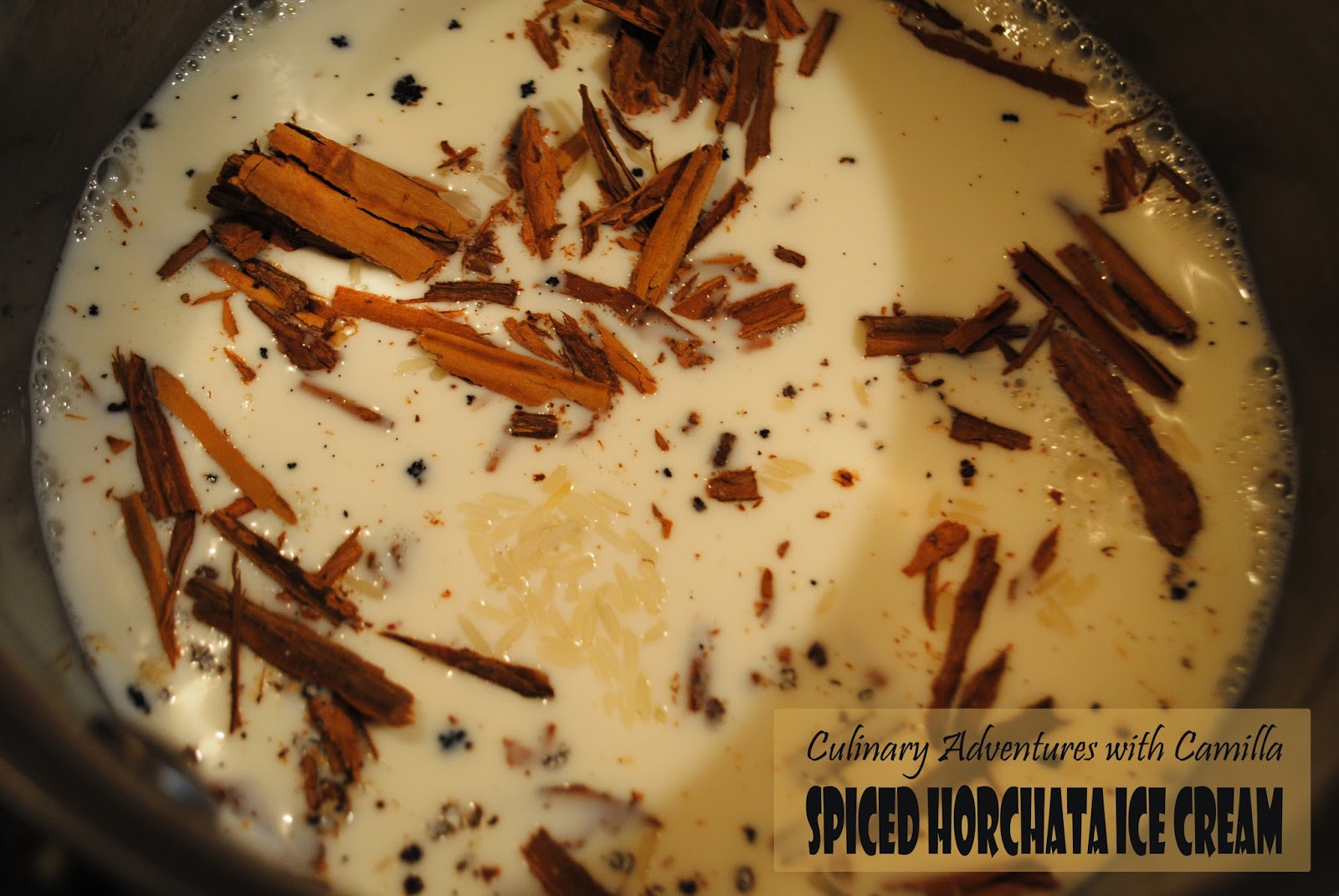 When milk begins to bubble around edges of pan, remove from heat. Cover and let stand until it reaches room temperature. Mine took about 20 minutes. 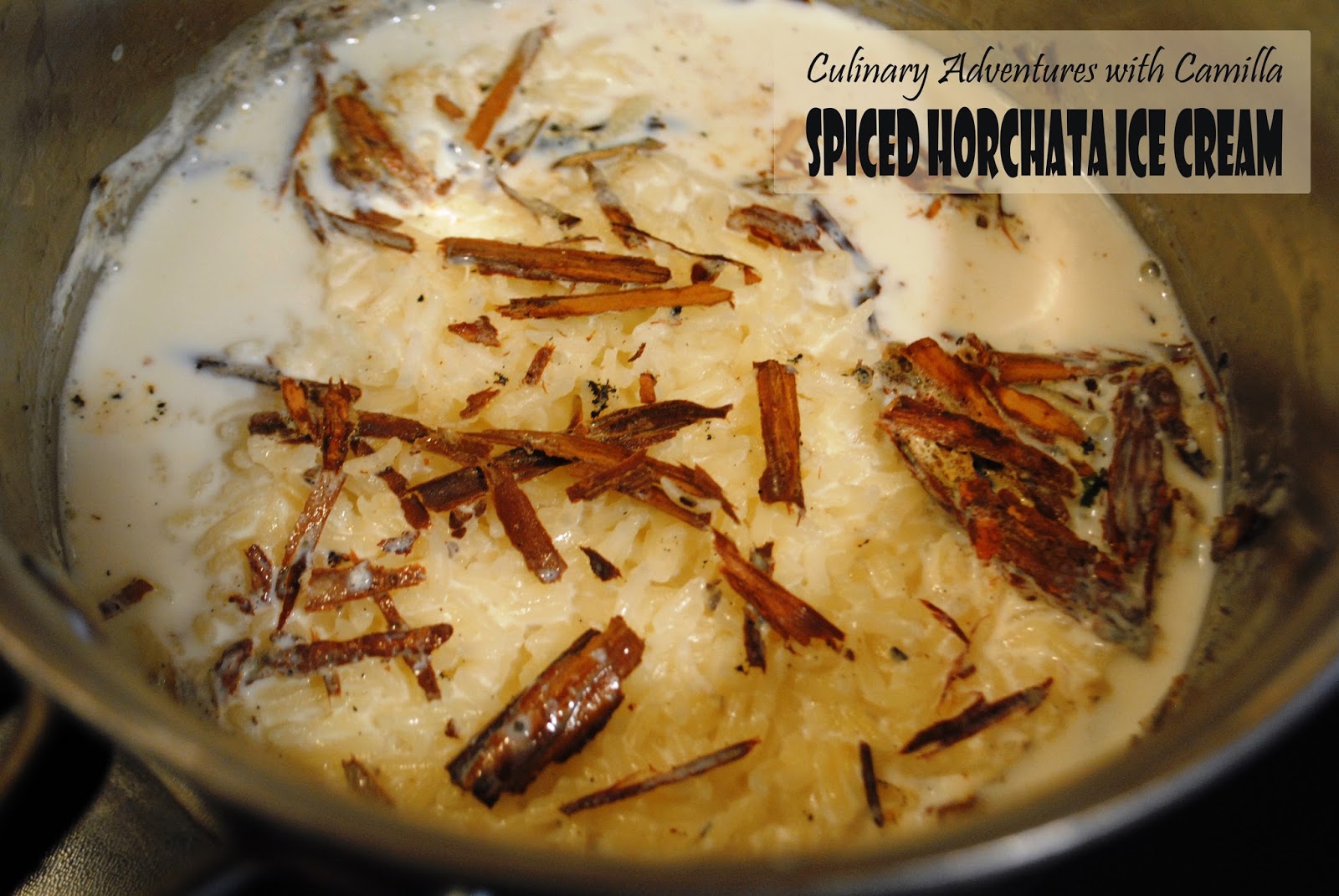 Combine egg yolks and sugar in a bowl and mix well, until a thick yellow paste is formed. Place the rice mixture in blender and pulse to combine thoroughly. Push the milk and rice mixture through a fine mesh strainer. 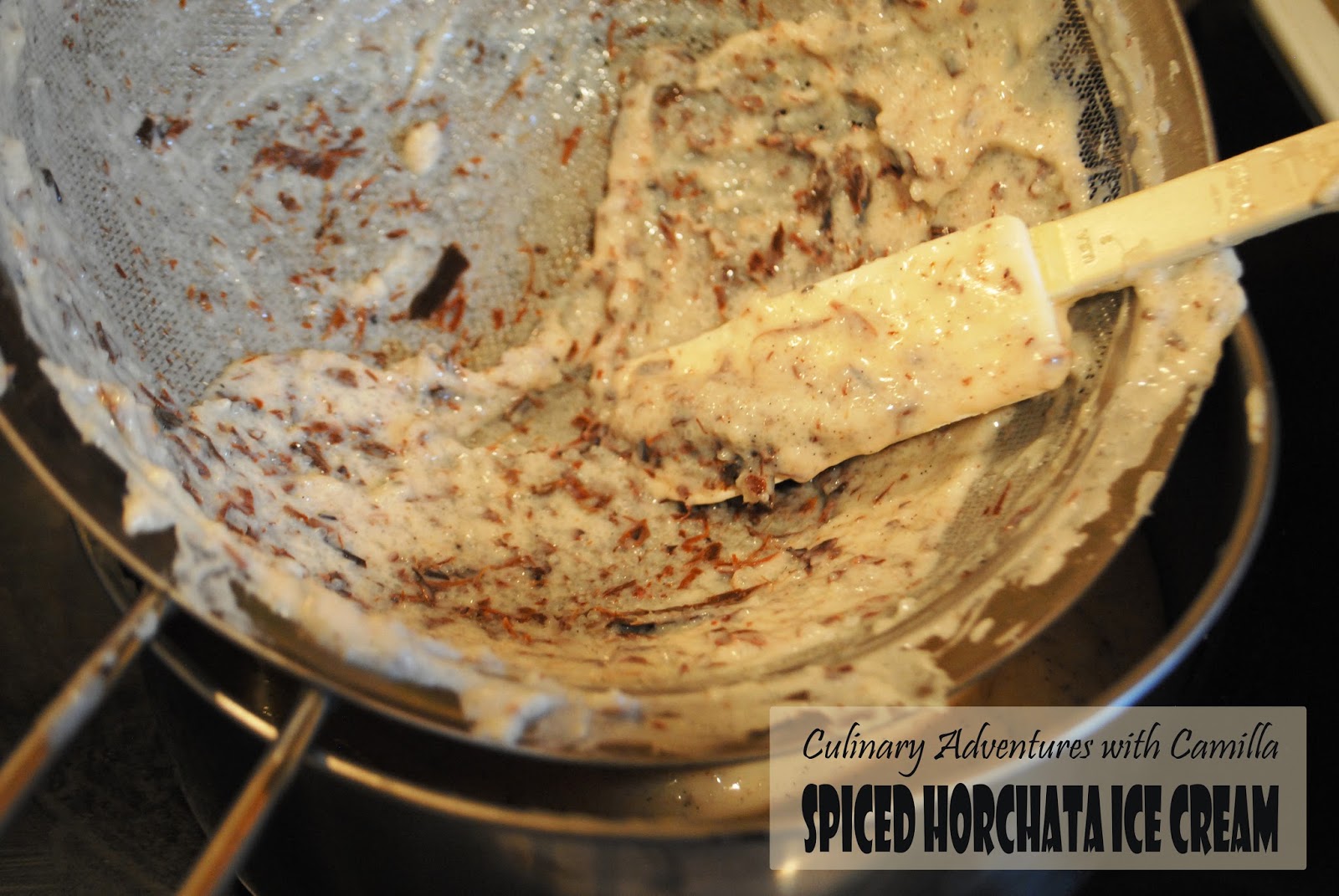 Whisk the rice mixture into the egg yolks and sugar. Transfer to a saucepan and cook until the custard coats the back of a spoon. Stir in the almond extract and chill overnight.

Transfer to ice cream maker and churn for 35 to 40 minutes. Serve immediately, as a soft serve, or place ice cream in freezer for at least four hours.