Pop In Fun for the Teen Chef Program

By Camilla M. Mann December 19, 2014
Earlier this week I headed over to our local library where they have a Teen Chef program. My task: stay within a $25 budget (or donate materials) and create a healthy snack that teens could make while watching a movie...without a stove or microwave. Oh, and "sometimes they just drop in, so there's no real presentation time." Challenge accepted. 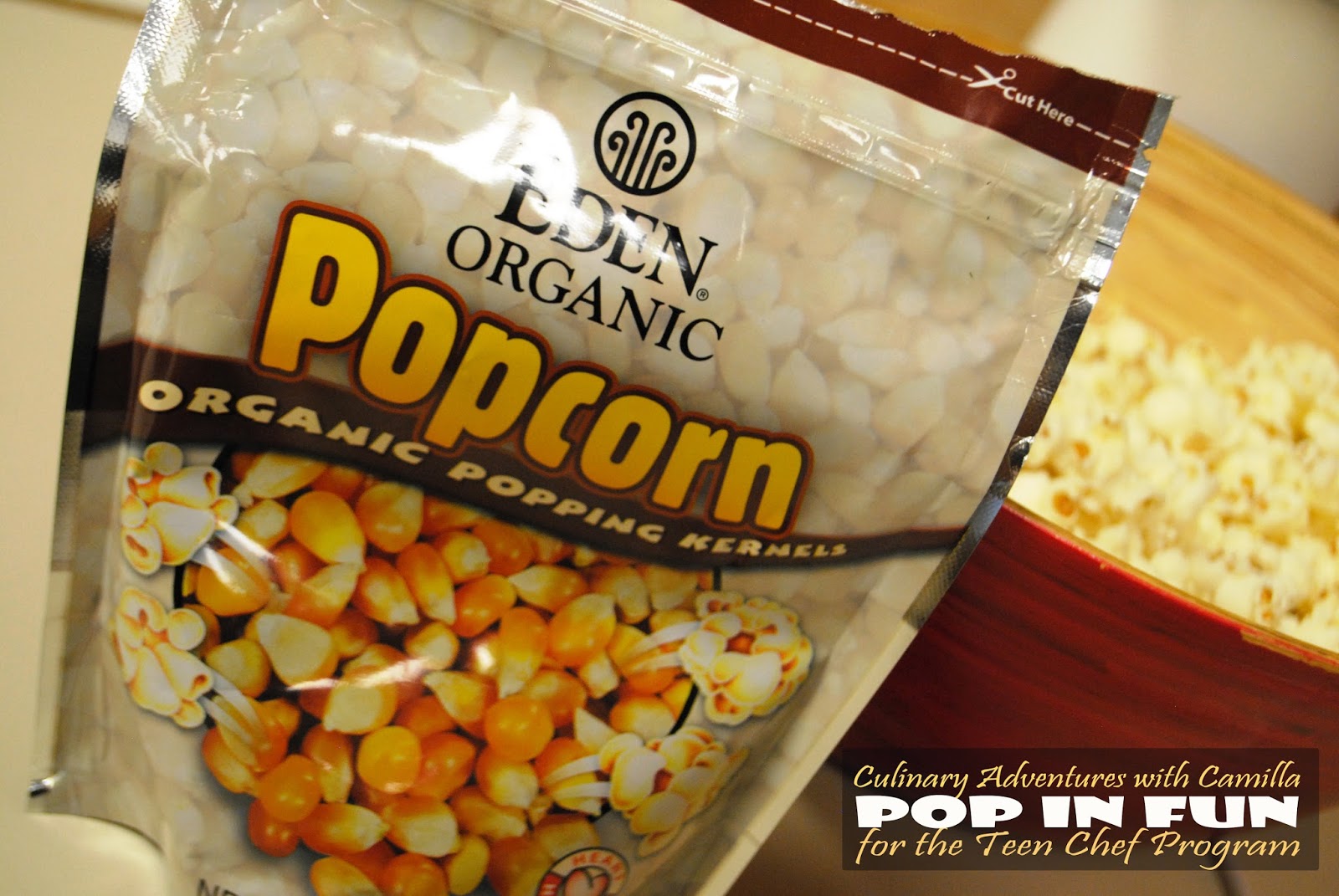 I did create some flyers with a little bit of history and information. One of the teens asked, "Do I have to take a flyer or can I just have the popcorn?" Take the flyer. This is a library. You need to read! You might learn something. (Yes, I really did say that...in case you're wondering.) 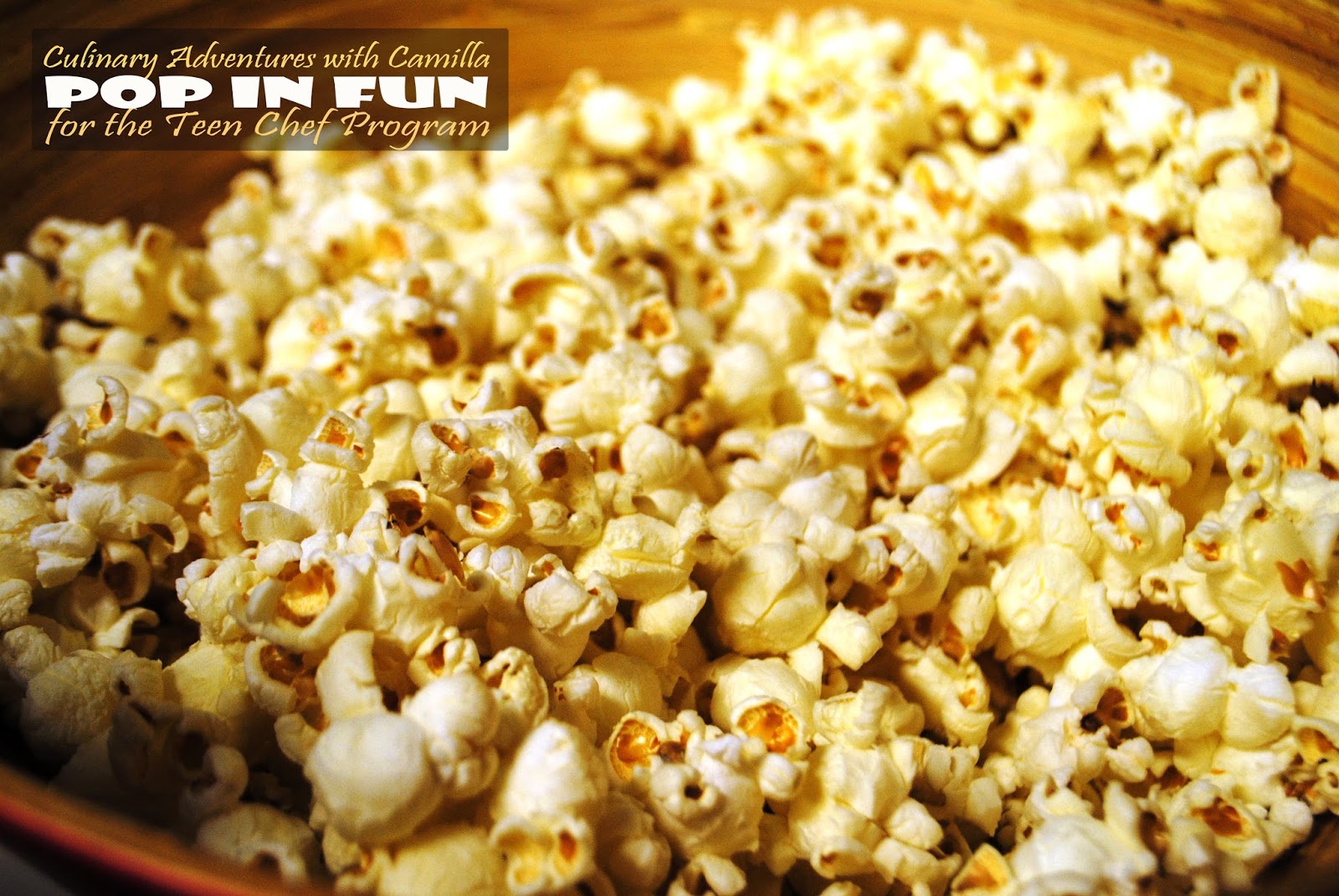 What makes popcorn “pop”?
The secret is in the kernel. Popcorn comes from a particular kind of maize that produces small kernels with a hard outer shell. These kernels are inedible as is. To get to the soft, edible part, you have to heat the kernel to the point where the heat turns the moisture inside the kernel into steam. Then the outer shell bursts, releasing the soft inner flake and becoming what we recognize as popcorn.

What is popcorn?
The popcorn variety of maize was domesticated by Pre-Columbian indigenous peoples around over 7000 years ago. It’s a harder form of flint corn where the stalks produce several ears at a time. The “pop” is not exclusive to this type of maize, but the flake of other kinds is smaller.

Popcorn likely arrived in the America over 2500 years ago, but was not found growing east of the Mississippi River until the early 1800s. Today the Midwest is famous for its “Corn Belt.”

First Pop
Evidence of popcorn’s first “pop” did not appear until the 1820s, when it was marketed under the name Pearl or Nonpareil Corn. Its popularity quickly began to spread throughout the South and by the mid-1800s popcorn, as a snack, gained a foothold in America. Prestigious literary magazines such as New York’s Knickerbocker and The Yale Literary Magazine used the term ‘popcorn.’

By 1848, the word “popcorn” was part of John Russell Bartlett’s Dictionary of Americanisms. Bartlett asserted that the word, and name, derived from “the noise it makes on bursting open.” Pop, pop, pop!

Since I had no stove and no microwave, I used R's air popper to make about 40 servings. Pop, pop, pop! Told the kids they could pop however made sense to them...or even buy pre-popped popcorn, if they didn't have any other way. Here's where it gets fun... 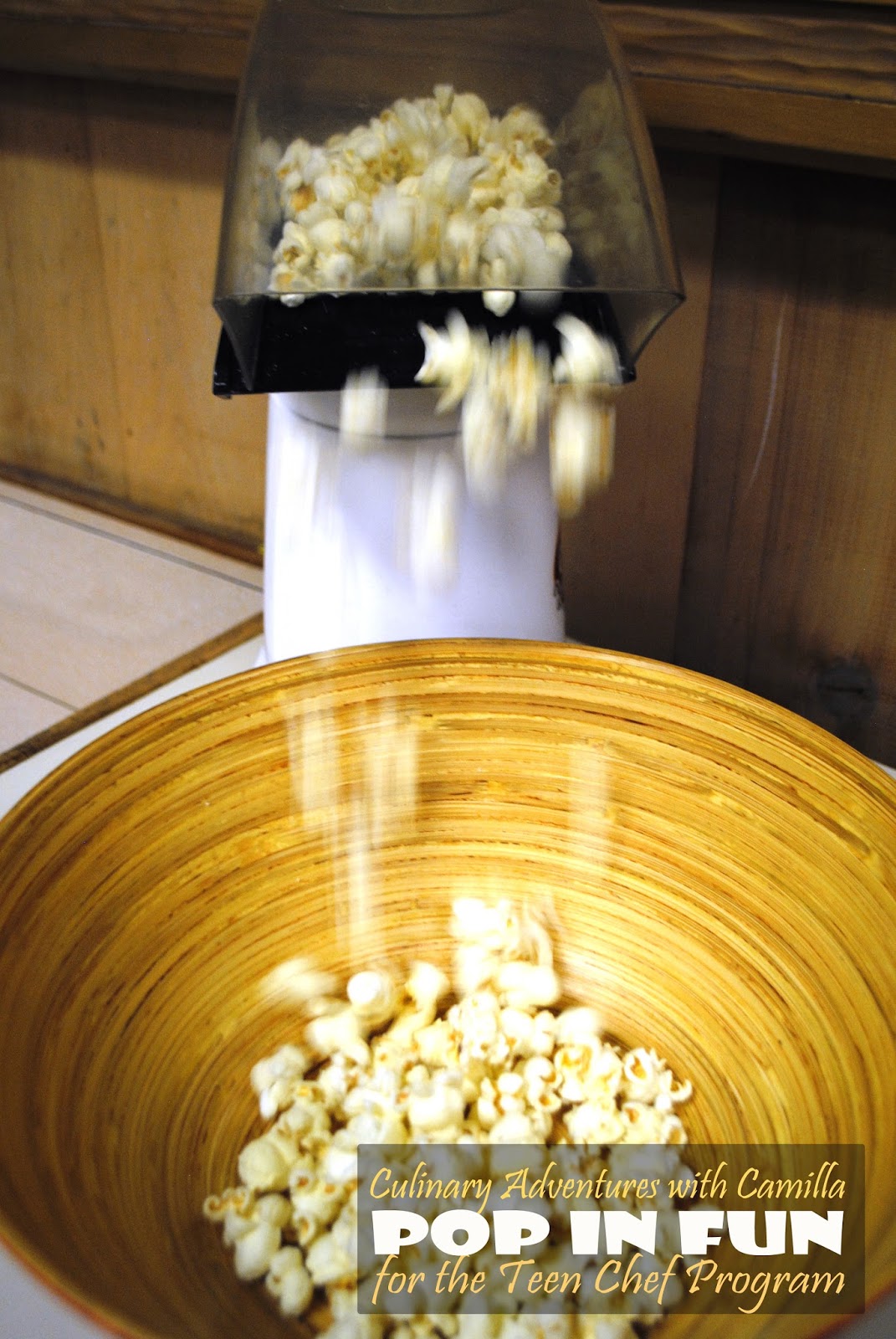 Kinda like that ice cream place where you mix-in. I gave the teens lots of options for sweet and savory. I've listed what I provided, but feel free to get creative!

For the popcorn bar... 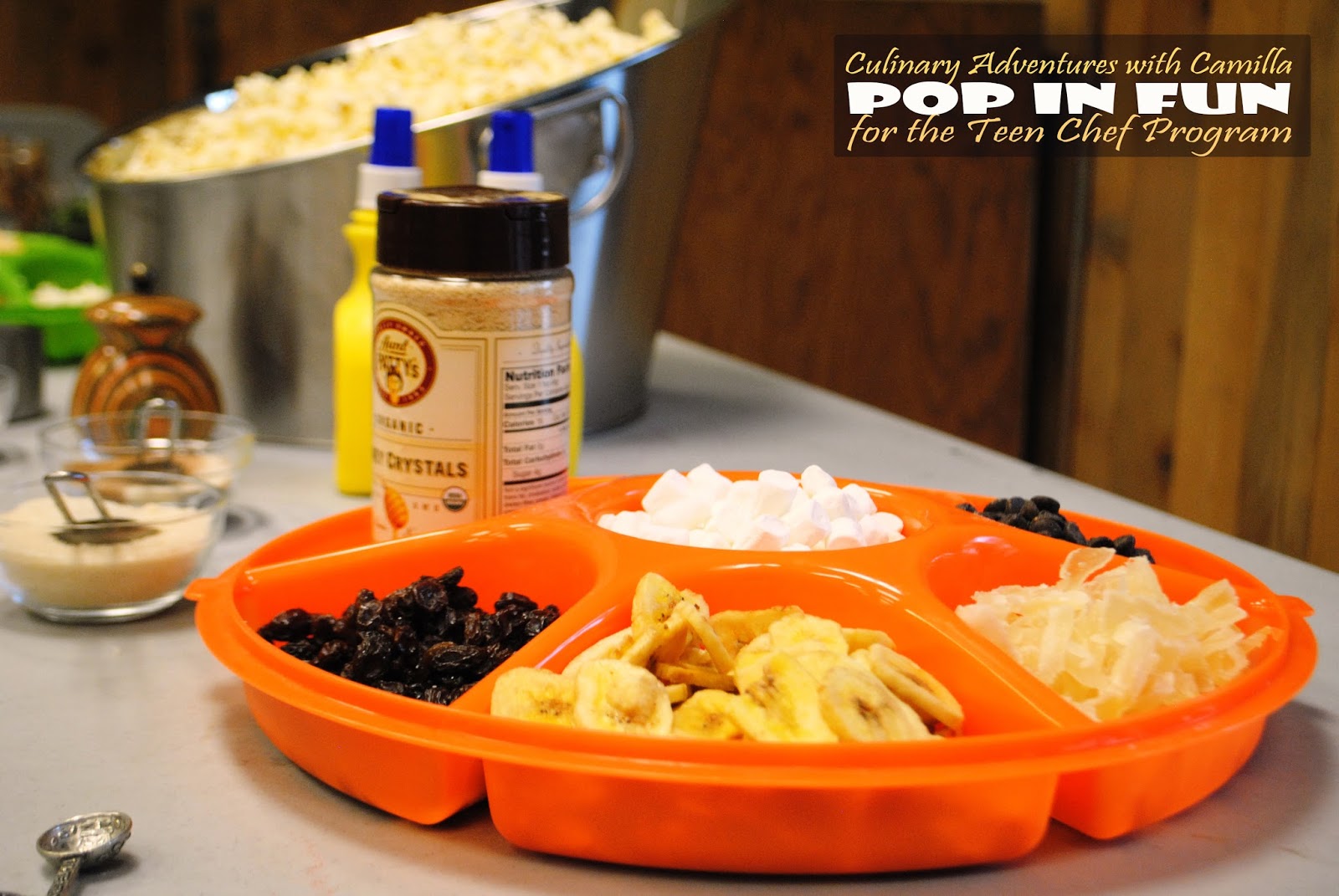 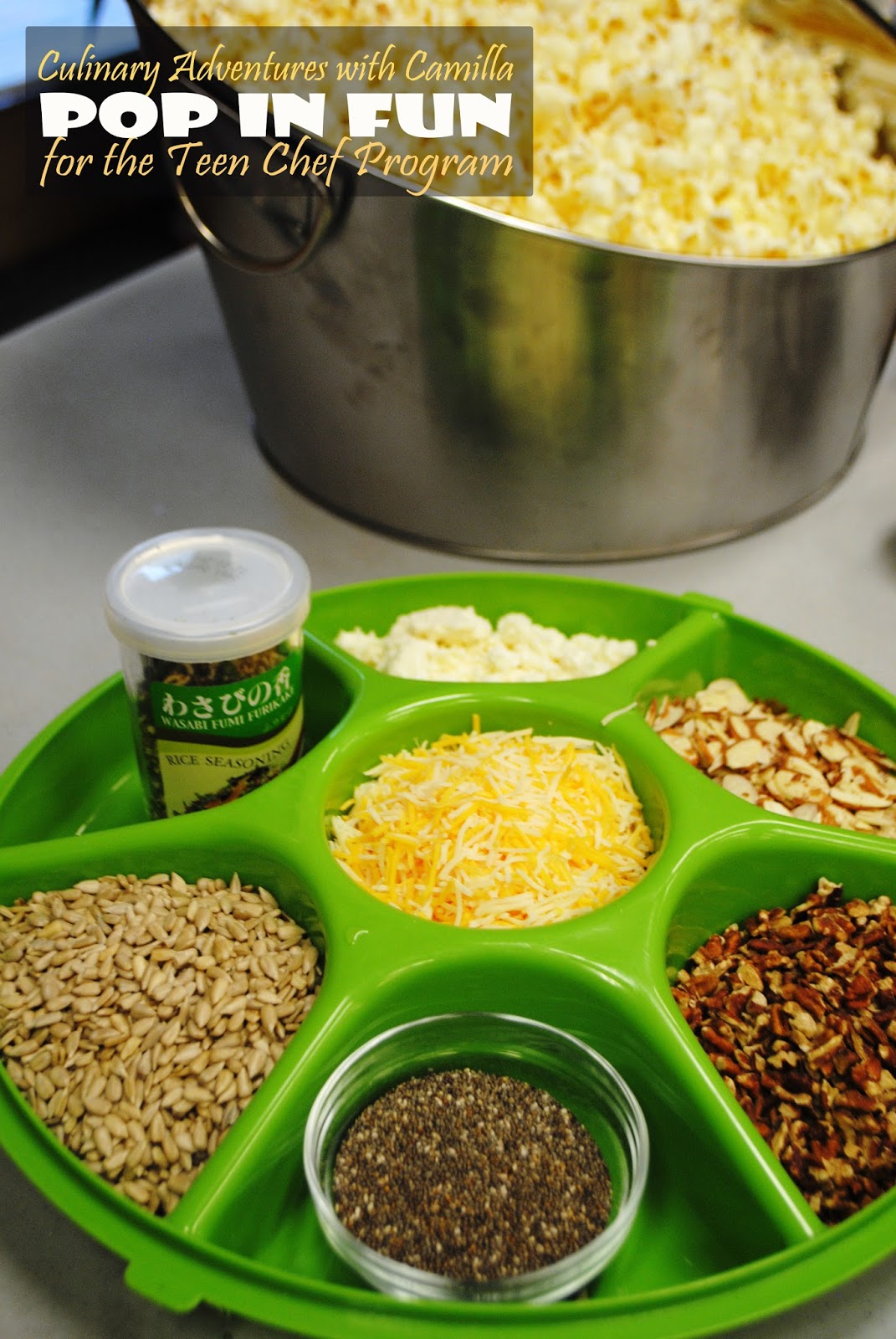 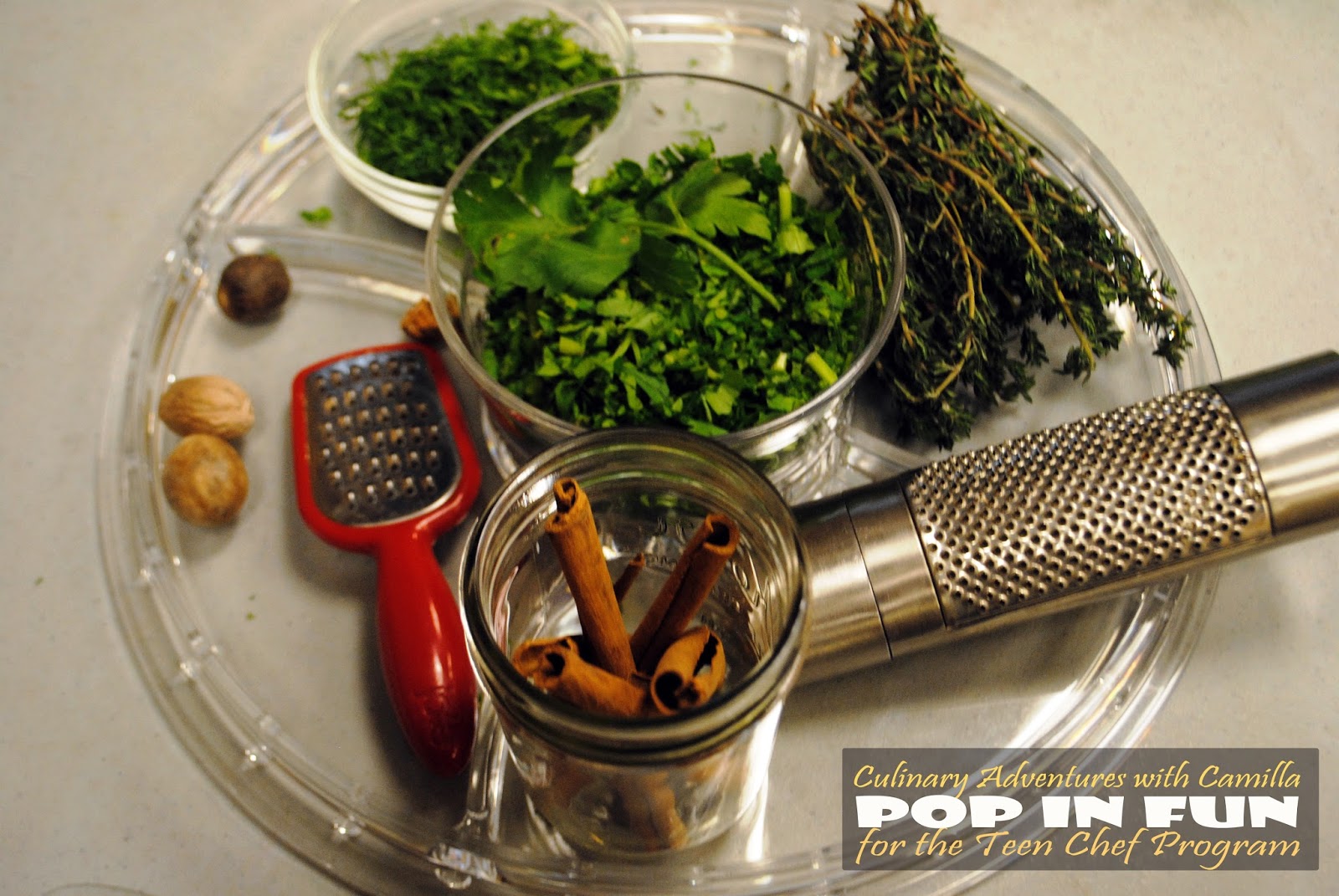 Herbs and Spice to Mix In

How to...
Scoop in your popped corn. Give it a spritz of butter. Add in your toppings. Shake!