By Camilla M. Mann December 28, 2014
You can barely see the rice under that heap of beans, but since the rice was delicious, I'm sharing the recipe despite my lack of photos. Sorry! I don't know why I didn't take any in-progress shots. 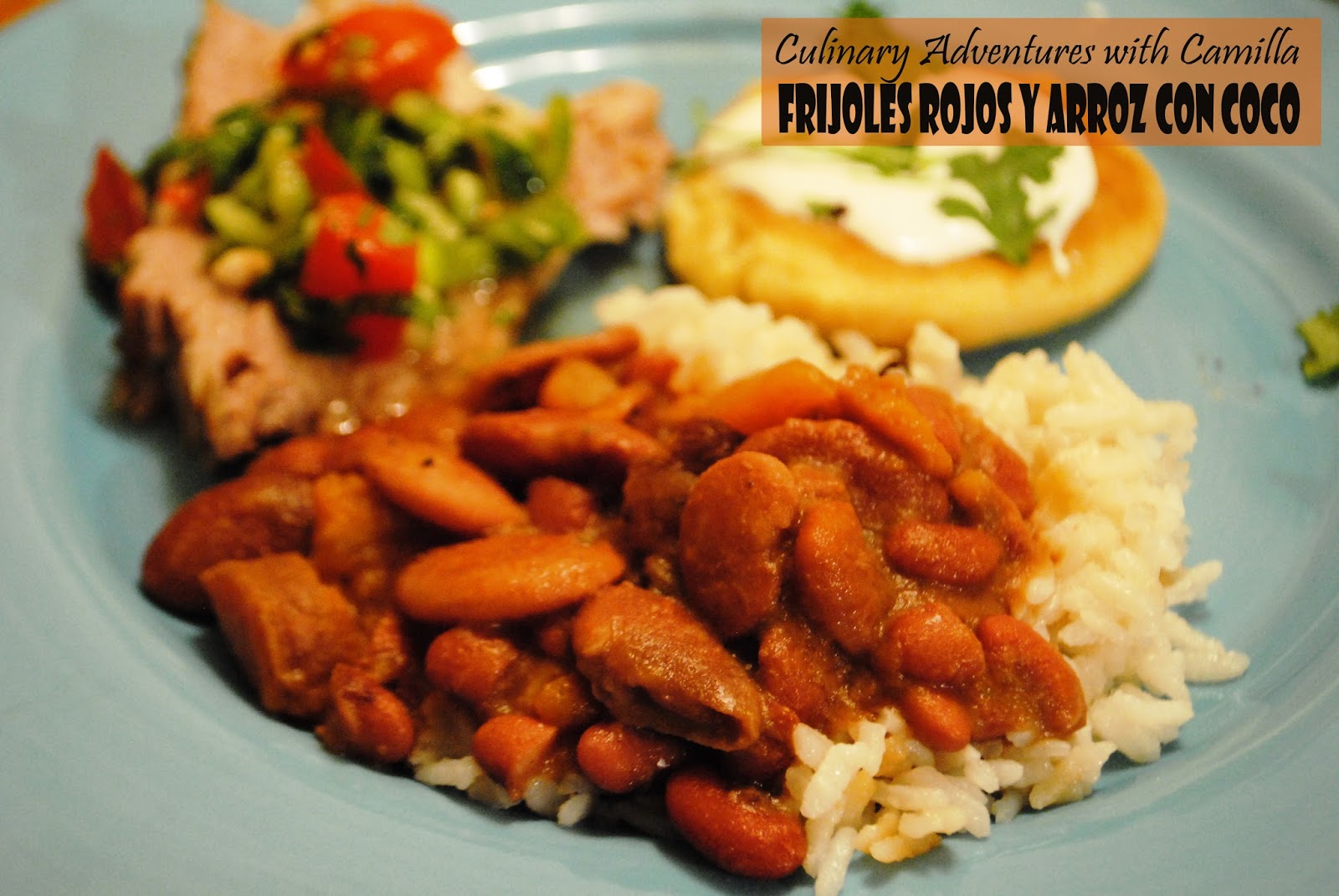 This process of preparing coconut rice comes from Colombia, and involves cooking the coconut milk until it separates and the coconut solids caramelize. The resulting toasted coconut flavor is then cooked into the rice, along with the delicious crispy bits of browned coconut. Raisins add a touch of sweetness, but this is definitely a savory rice. It was delicious with our red beans.


Procedure
Place coconut milk in a large pot and bring to a boil. Simmer until the coconut solids separate from the oil. Cook and stir constantly, until coconut solids are nicely browned. Stir in the rice and raisins. Pour in the water, salt and sugar. Add in the cinnamon stick.

Bring water to a boil, then reduce heat and simmer, covered, for approximately 20 minutes. Remove from heat, leave covered, and let rice steam for an additional 10 minutes. Fluff and serve.