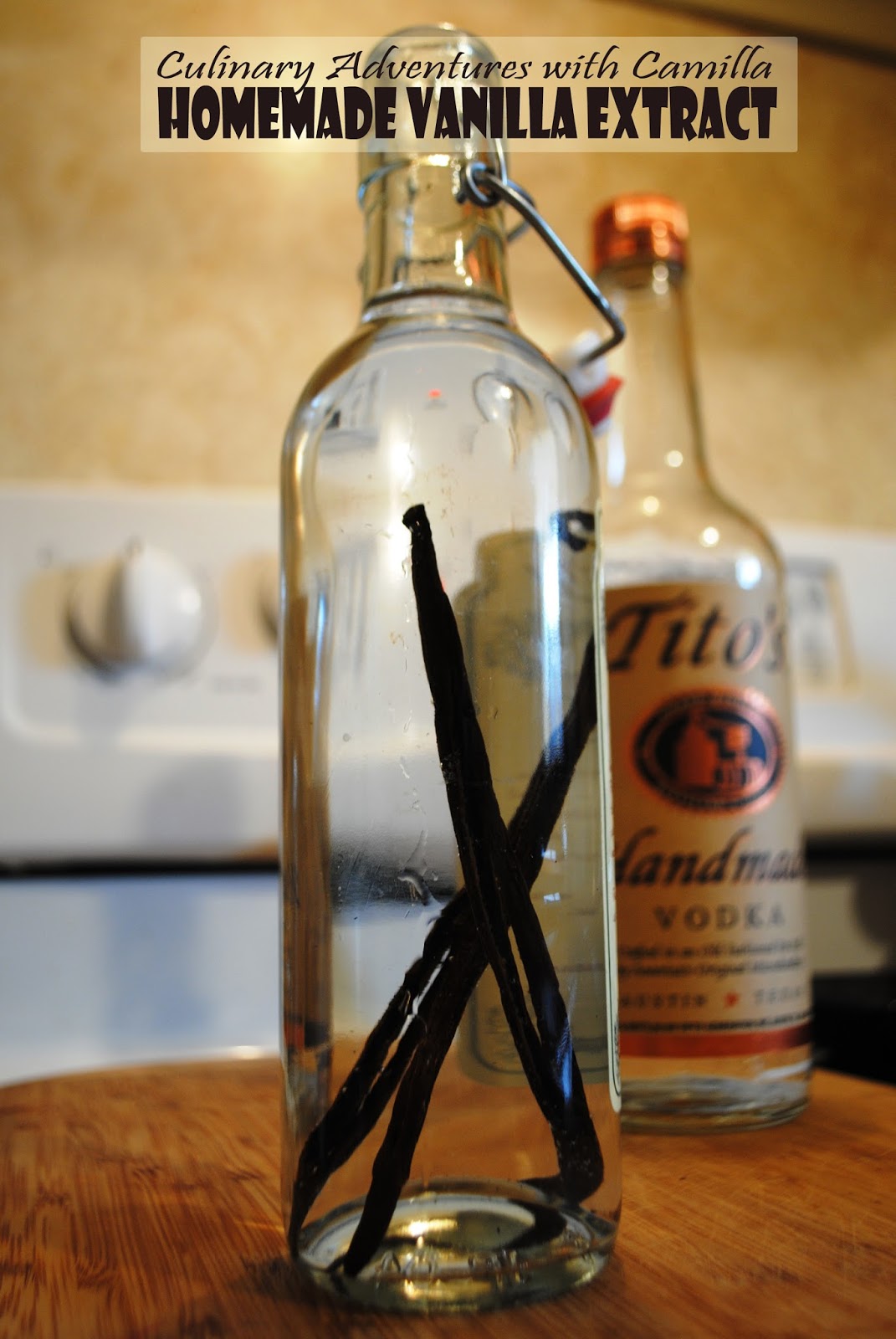 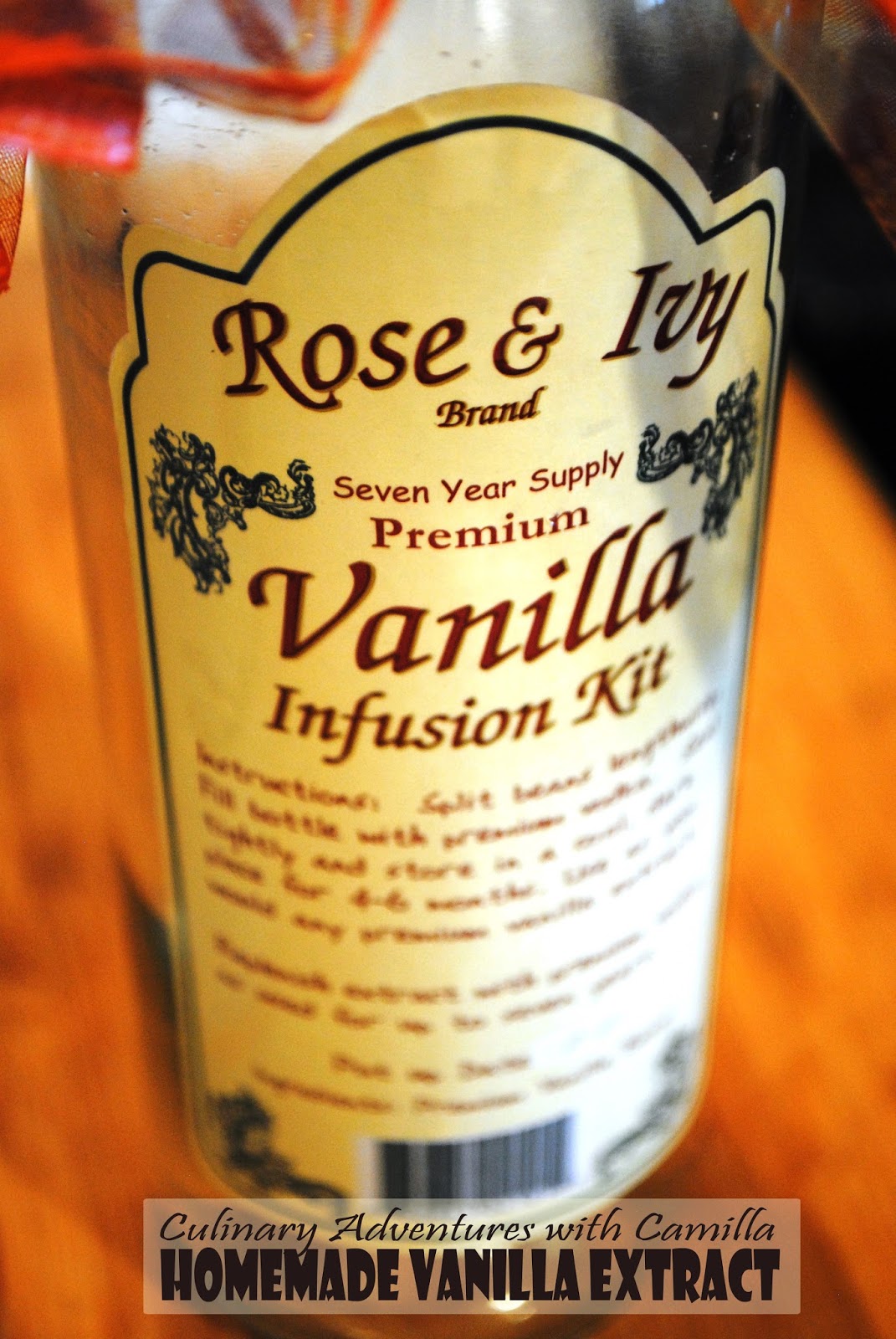 I have had this on my to-do list for a ridiculously long time. But I never got around to it. I don't know why.

I have vanilla; I have jars; and I, usually, have vodka. Still it took until we got this vanilla infusion kit at the family Christmas party this week for me to actually do it.

Funny story: D picked this through the White Elephant Gift Exchange. My uncle tried to steal it from him. "I want that vodka," he declared.

There's no vodka, I retorted. It's a homemade vanilla extract kit. Later, when I looked in the bag and there actually was vodka. Whoops. I would have given him that vodka and kept the vanilla had I known.

I opted to use Tito's Handmade Vodka out of Austin, Texas. My rule: I don't cook with anything that I wouldn't drink straight. Tito's is a great story and this is a great vodka.

Thankfully, this recipe didn't use all of Tito's and I still have some for cocktails this week. 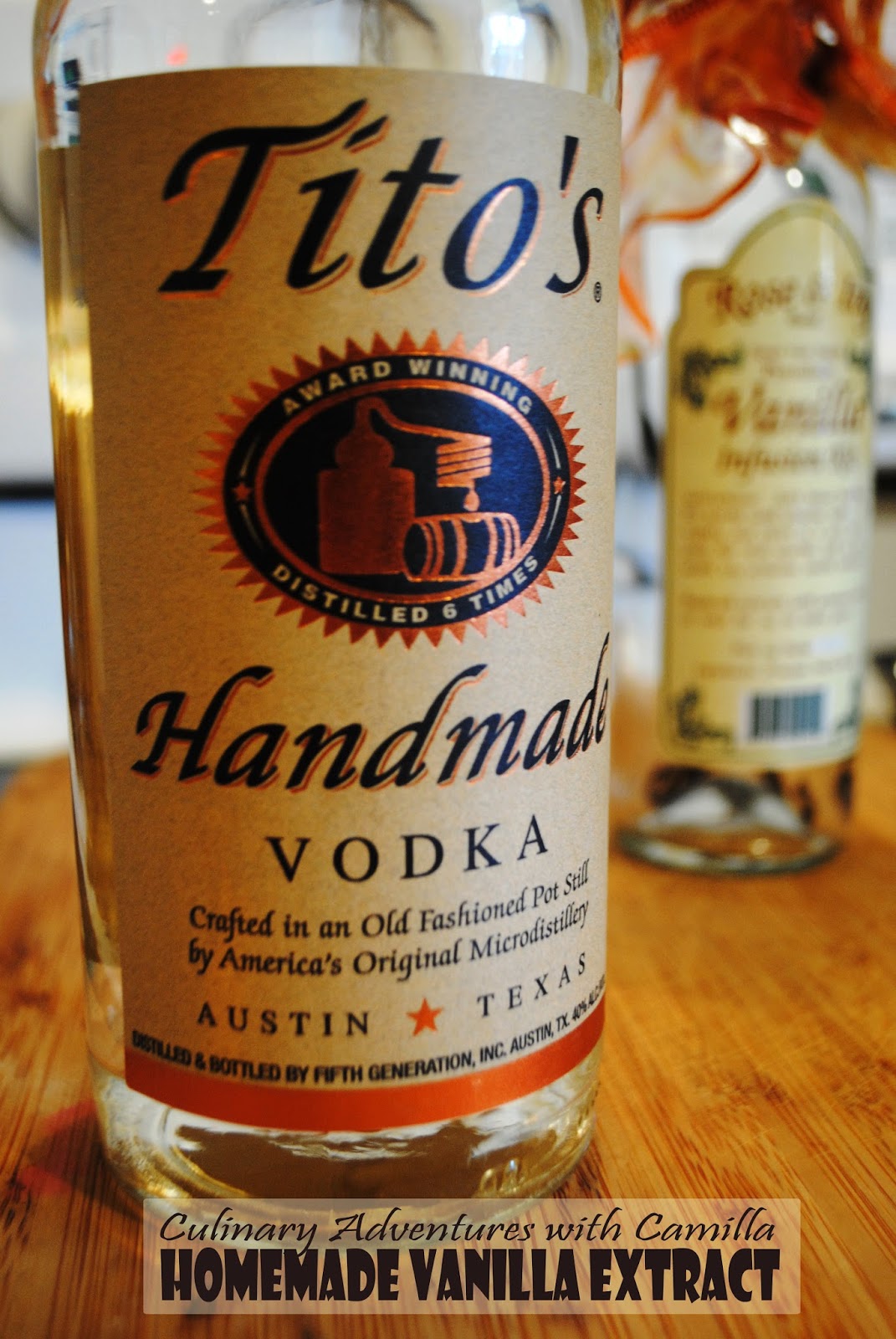 
Procedure
Slice the vanilla beans lengthwise, letting the caviar show. Don't scrape it out however. Place the beans in your jar. Fill the jar with vodka. Let stand in a cool, dark place for between 4 to 6 months.

I'll tell you how it is towards the beginning of July 2015. Wow...I have to be patient. But, I suspect it's gonna be good.