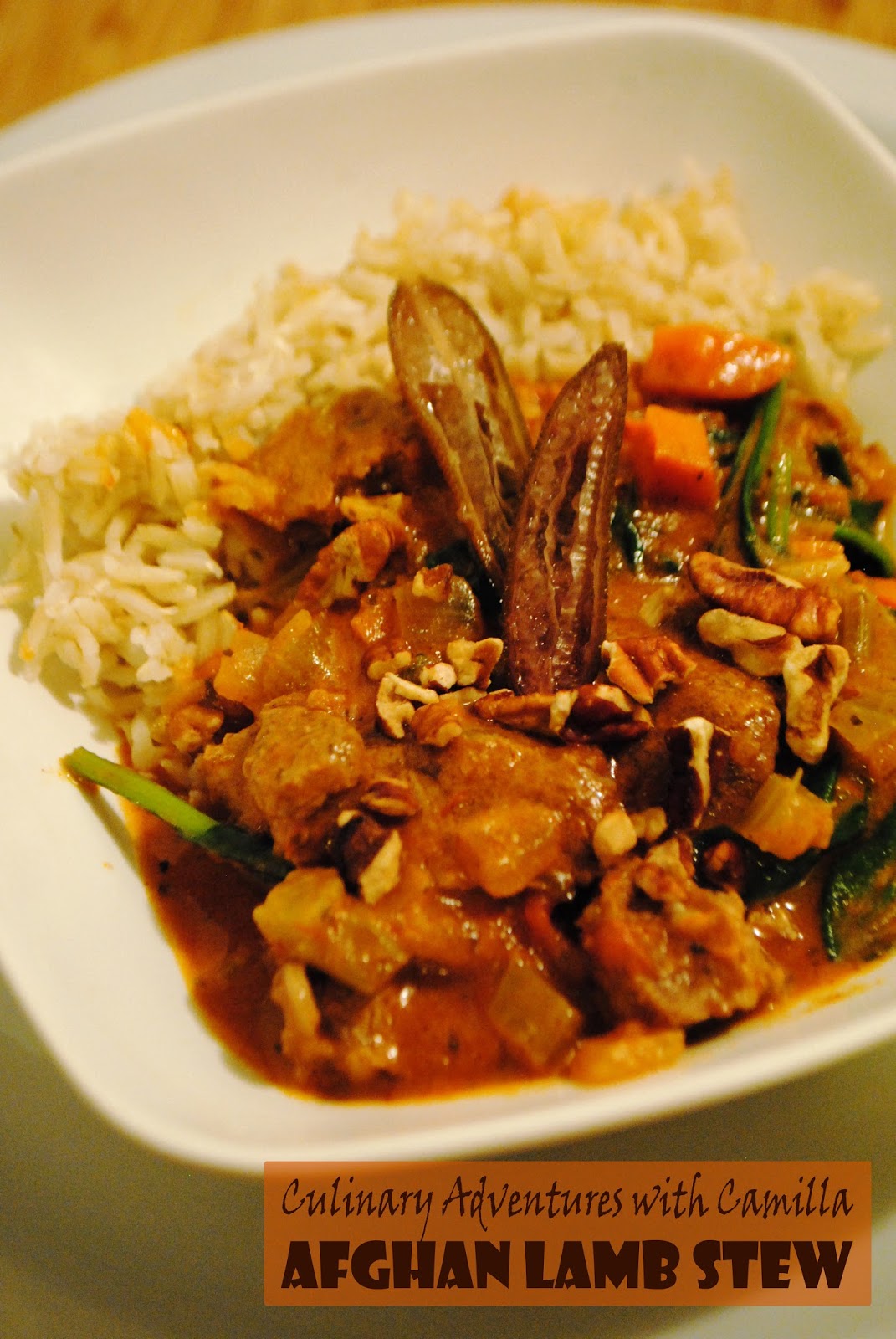 It's time for Group B's Secret Recipe Club October reveal. This month I was assigned to Searching for Spice, penned by Corina. Corina shares that Searching for Spice began as a way of recording some of her favorite recipes and to have a place where she could easily find those dishes when she wanted to make them again. I think we all use our blogs that way! Very convenient...except when you're offline somewhere.

Some of her favorite recipes are curries, stir fries and spicy salads. And she loves Indian, Mexican, North African, Thai and Chinese food. Gotta love that.

I chuckled when I read that she refers to her kids as 'Little Miss Spice' and 'Master Spice.' Mine are 'The Precise Kitchen Elf' and 'The Enthusiastic Kitchen Elf.' I think all of our kids are going to be fabulous cooks with all the time they're logging in the kitchen!

Speaking of kids...while mine are not picky eaters, they both really don't care for lamb. Yet. I keep telling myself it's an acquired taste and they'll get there. Till then: more for me and Jake. And, since the boys were out of town last week with my parents for Fall Break, I made a version of Corina's Afghan Lamb Stew in Spinach Sauce for dinner one evening. Heavenly.

Mine is slightly adapted...I don't have a crock-pot. I served this with Preserved Caviar Limes (recipe to come, I promise) over brown basmati rice. If you aren't familiar with them, here's an intro to caviar limes. 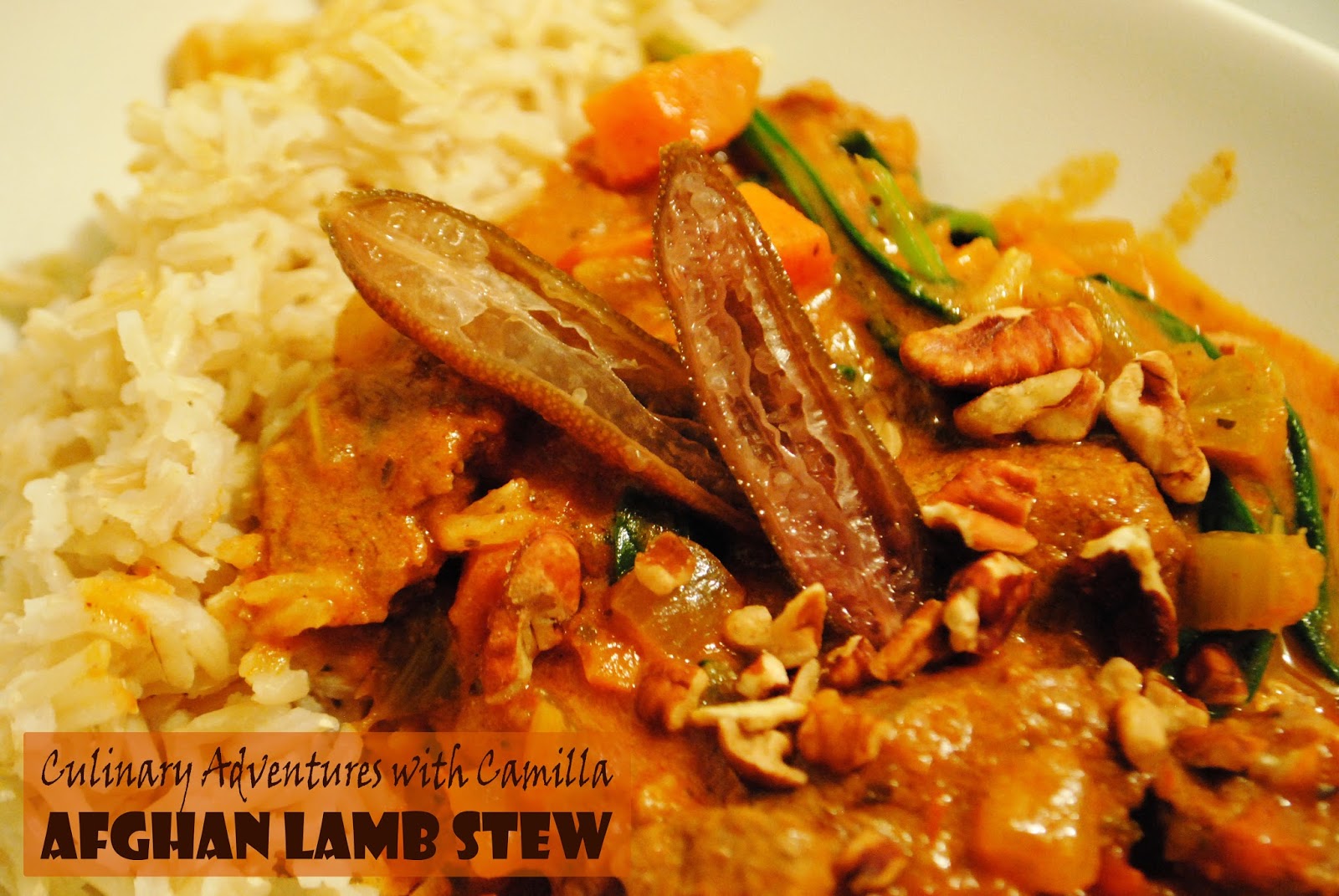 Procedure
In a large pot, cook the onions, carrots, and celery in a splash of olive oil until softened and the onions begin to turn translucent. Stir in the lamb and cook until it's browned nicely. Season with turmeric, cardamom, nutmeg, chili powder, and cinnamon. Stir to coat the meat.

Pour in the liquid and tomato sauce. Bring to a boil. Cover and reduce heat to a simmer. Let meat braise for 2 hours. Uncover and raise heat to a rolling boil. Let the sauce reduce to thickness that you desire.

While the sauce is reducing, put the pecans in a dry frying pan and toast until golden. Continually agitate the pan so the nuts don’t burn.

Add the spinach to the stew and fold into the sauce. When the spinach has wilted, remove from the heat and stir in the yogurt. Serve the preserved caviar limes with the stew.


This was delicious, Corina. Thanks for the inspiration! Jake and I loved it.