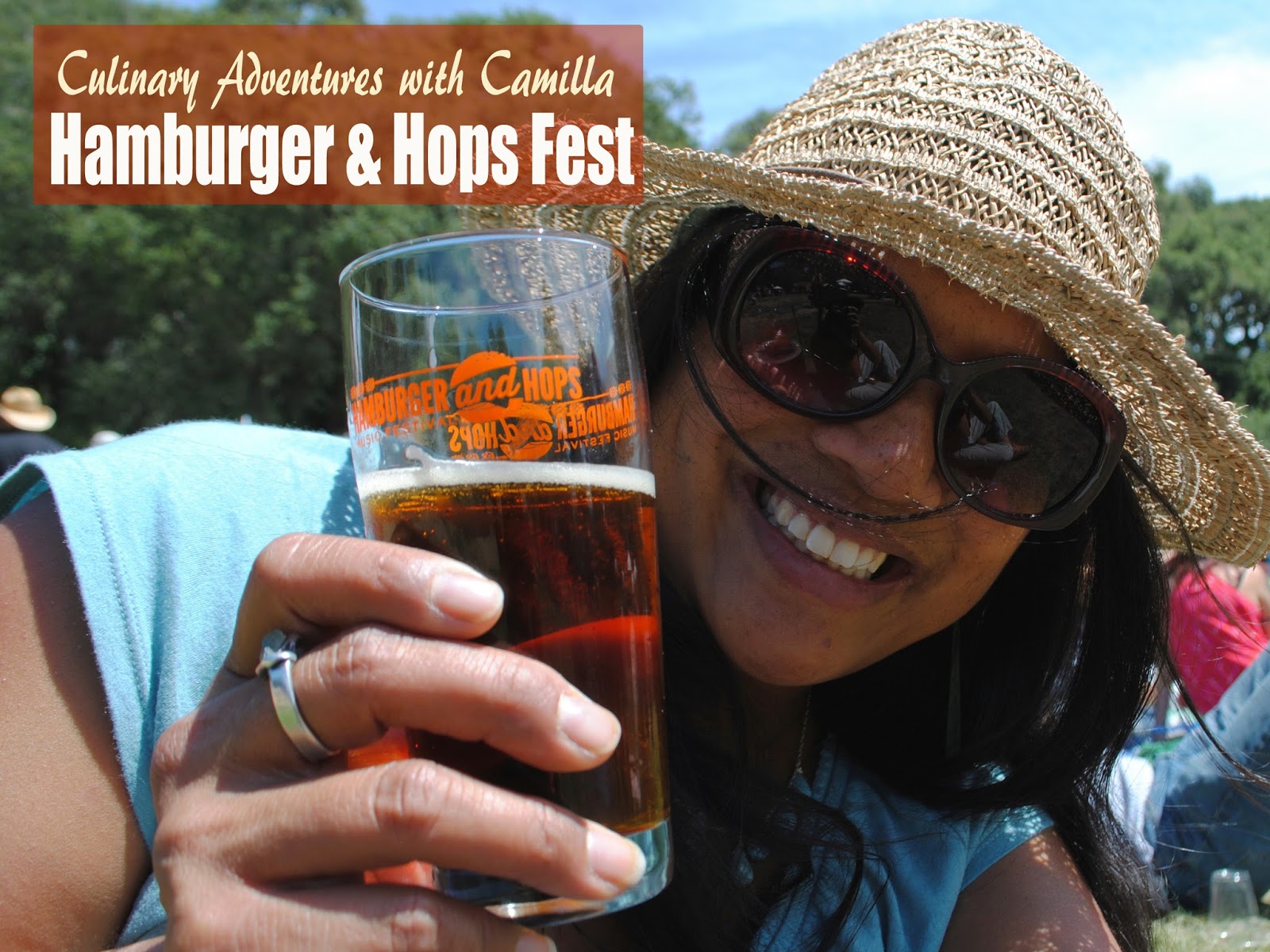 While you can't go wrong with food trucks, beer, and a Rolling Stones tribute band, I was a mildly disappointed by the entire Hops & Hamburgers Music Festival this afternoon. Call me 'silly', but I expected to find more local craft beers at this Santa Cruz portion of the California Beer Fest. 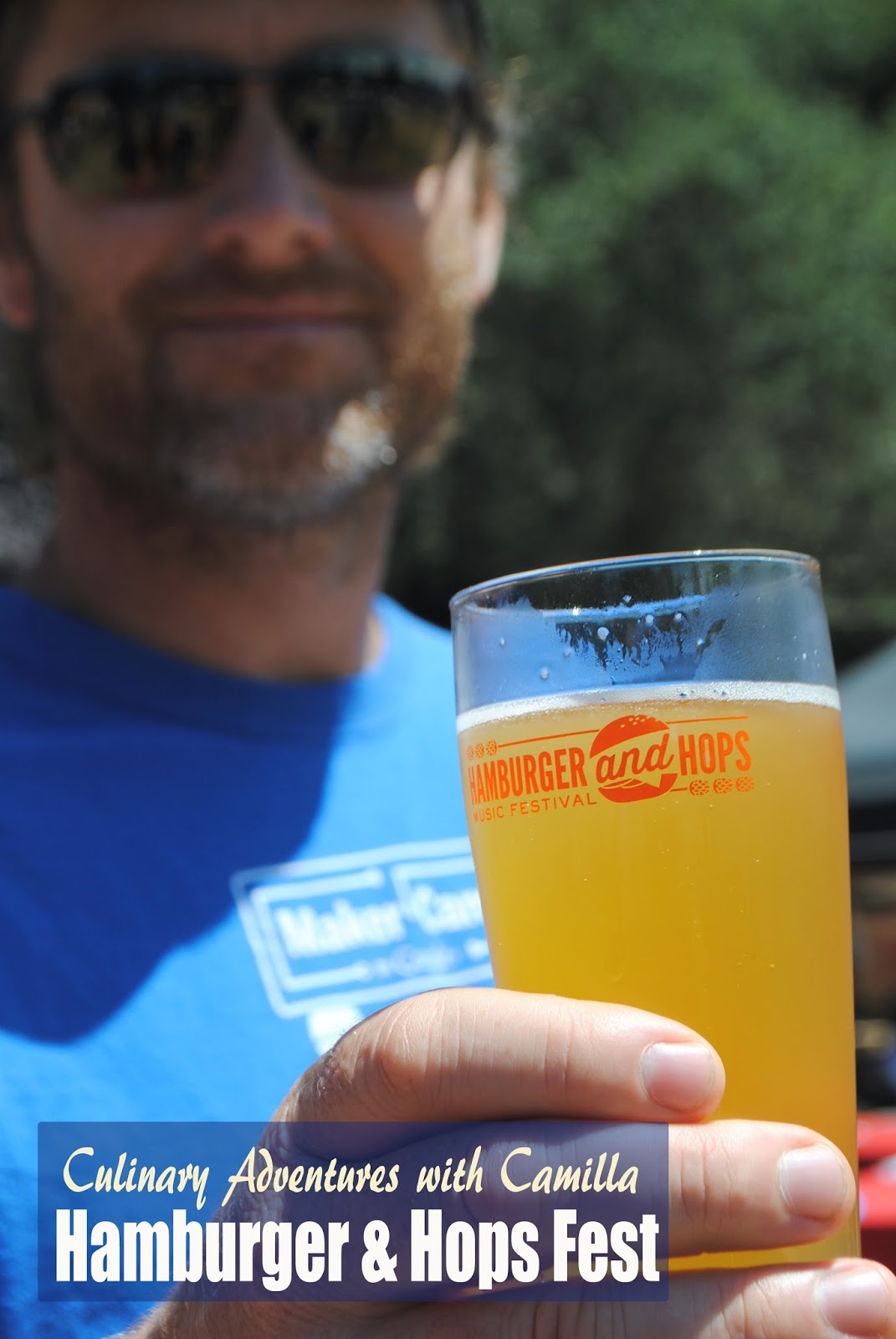 There are so many local breweries crafting great brews. Sadly, they weren't there today. Maybe they were there yesterday.

Clearly people were in attendance for quantity, not quality or variety. Jake's beer was pretty skunky, as if it had been sitting out in the sun for a day too long; and there were three booths of the exact same - and not local! - beer by a company who was also peddling the over-priced hamburgers and garlic fries. Ach.

We steered clear of all of it, opting for local vendors' chicken curry naan wraps and gyros...and the one local brewery that was pouring: Discretion Brewing.

Another one of our favorites, Santa Cruz Mountain Brewing, was there...but they were only selling hats. Did they sell out of their beer yesterday?!?! Bummer.

But Discretion Brewing's Glorioski was a shining moment! 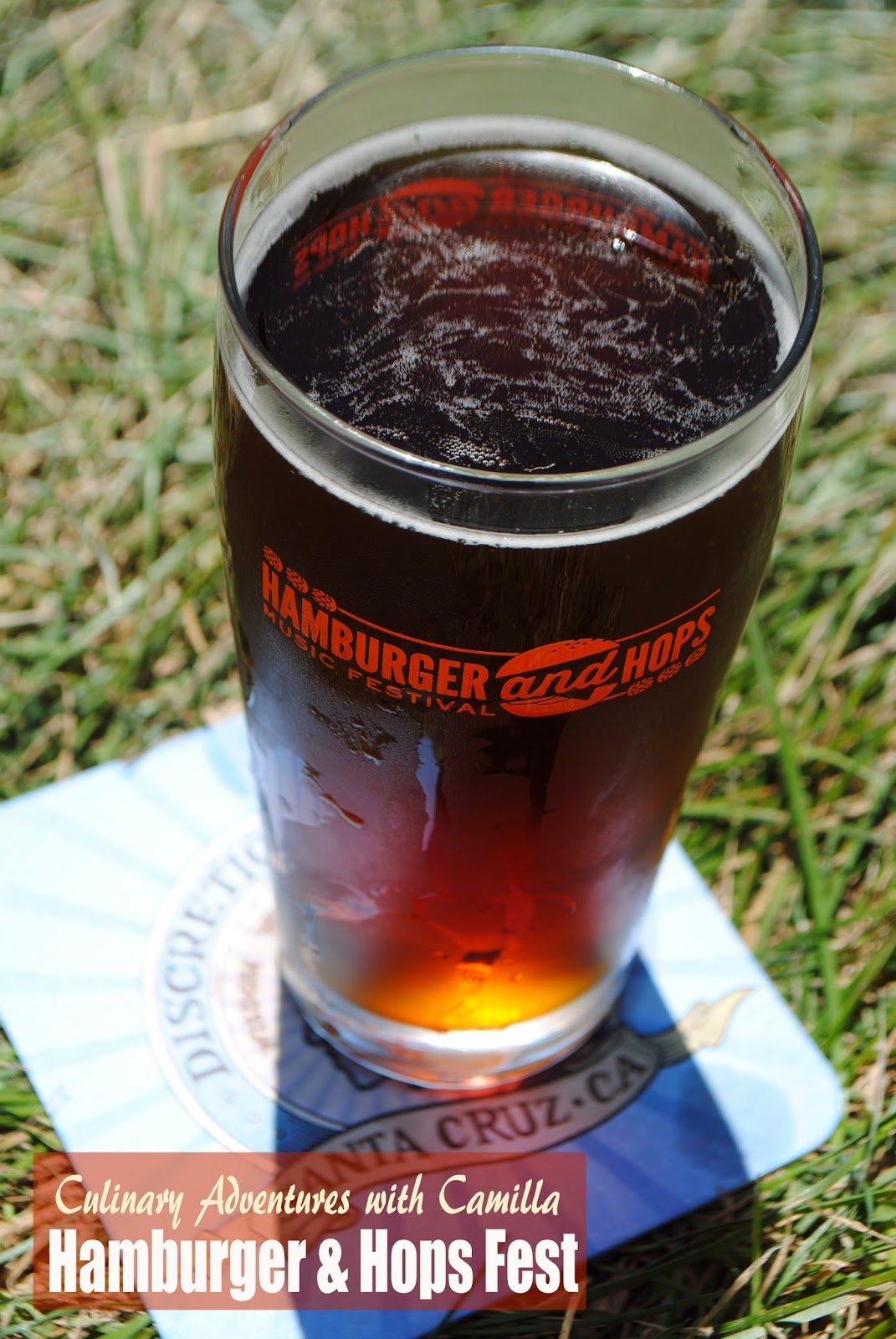 This amber has an incredible nose. It's flowery and citrusy. And, though hop-forward, it's also malty and goes down smooth. Aahhhh...thanks for saving the day, Discretion.