By Camilla M. Mann March 24, 2013
This is my first month participating in Taste and Create.

The recipe of hers that I picked for inspiration - Honey Orange Pork Tenderloin - would have been easier if I remembered to bring orange marmalade. I was making this while we were out of town last week. Instead of going to the store, which certainly was an option, I decided to make some marmalade with the citrus I had: pink grapefruit. 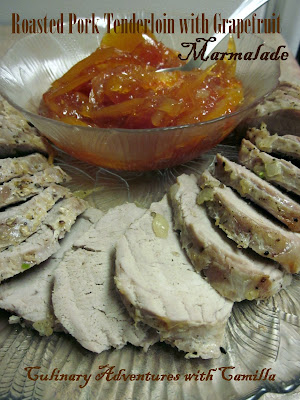 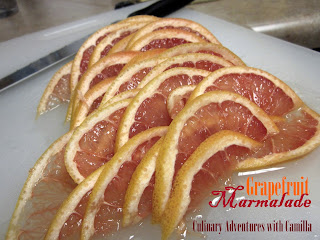 Heat an ovenproof skillet over medium-high heat. Add oil and swirl to coat. Sprinkle pork with salt and pepper. Add pork to pan; cook 5 minutes or until nicely browned on all sides. Brush with 1/4 C marmalade mixture. 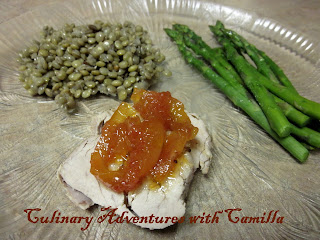 Let stand 10 minutes, then slice. Serve with remaining sauce to dip in. I rounded out the plate with green lentils and blanched asparagus. Yum.