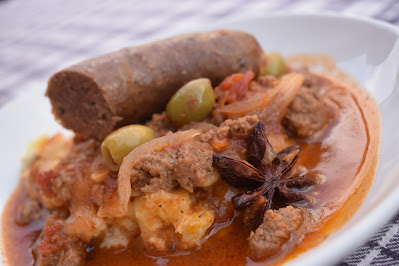 For June's French Winophiles event, Lynn of Savor the Harvest is hosting and she's asked the group to look at the wines of Maury. Read her invitation here.
If you reading this early enough, feel free to jump in on our Twitter chat. We'll be live on Saturday, June 19th at 8am Pacific time. Just follow the hashtag #Winophiles and be sure to add that to anything you tweet so we can see it. Here's what the writers are sharing...
To Maury 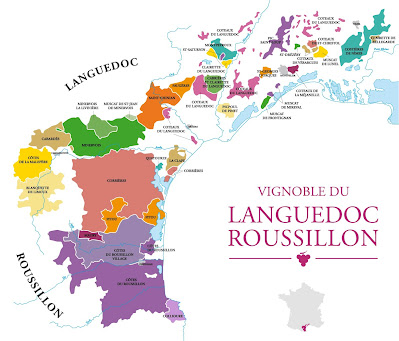 from Savor the Harvest's invitation post
When Lynn announced the topic, I was curious if I would be able to find a bottle of wine from Maury. Maury is both a town - in Northern Roussillon, in the Southern France - and an appellation. It lies inland from the Mediterranean by less than 40 miles and is bordered by the Corbières mountains and the foothills of the Pyrénées.
And I thought I had found a wine to fit the topic: Château Saint Roch Chimeres 2016. But, when I read the label a bit more carefully, it clearly stated "next to the village of Maury." Ooops.
In the Glass 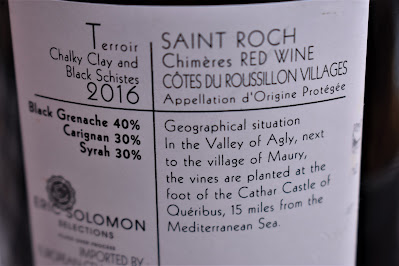 The Château Saint Roch Chimeres 2016 is a blend of Grenache, Syrah, and Carignan. The vines are planted on black schist and schistous clay soils near Maury, so it carries that Côtes du Roussillon Villages appellation name. 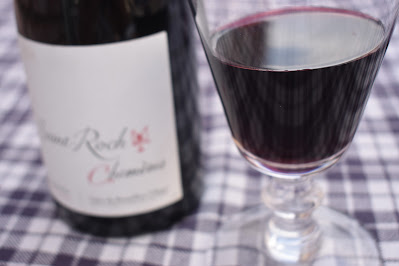 Made up of 40% Black Grenache, 30% Syrah, and 30% Carignan, this wine was aged half in demi-muids, 600-liter capacity oak barrels, and half in concrete tanks. 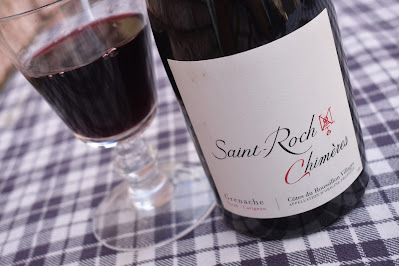 This wine poured an inky purple. On the nose, there were floral aromas with notes of red fruits and a hint of dark chocolate. On the palate, this wine is earthy with a tinge of herbs and blackberry. This bold wine played well with earthy flavors of Clapassade, at least my version of the dish! 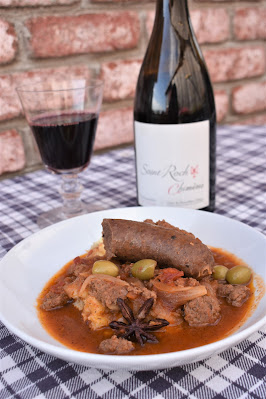 Clapassade is a traditional dish from the Languedoc-Roussillon region. It's hearty and has many variations. Mine is a riff on the traditional which uses all of the same ingredients: slowly simmered lamb, honey, olives, and star anise. Since I was making this at the end of a work day, I used ground lamb and sheep's sausages instead of lamb shanks or lamb steaks. 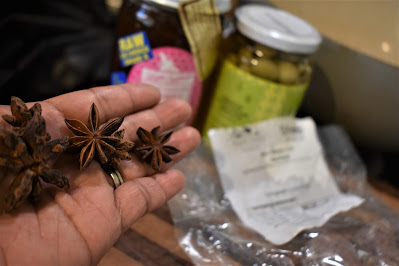 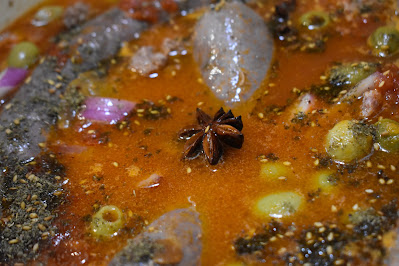 In a large soup pot, heat a splash of olive oil. Add the ground lamb. Break up the meat with a wooden spoon and cook until no pink remains. Stir in the onions and turn to coat.
Nestle the sausages into the pot and pour in the white wine, tomato sauce, honey, and stock. Stir in the olives and the star anise. Bring the liquid to a boil, then cover, and reduce heat to a simmer. Braise for 30 minutes. Uncover and raise the heat to medium. Cook until the sauce reduces by half. Season to taste with salt and pepper. Serve hot over mashed potatoes.
That's a wrap for our Maury #Winophiles event. We'll be back next month with a dive into the wines of Alsace. Stay tuned.