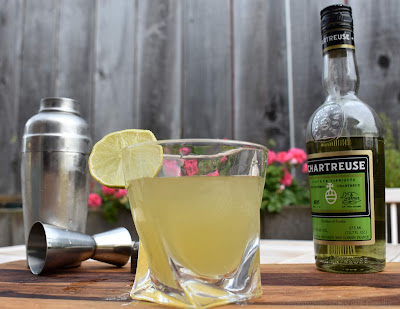 While I used to be an equal opportunity imbiber - wine, beer, spirits, whatever - I have landed solidly in the wine camp over the past several years. We rarely drink beer anymore and I almost never make cocktails. But, as we neared a second pandemic birthday celebration for Jake's birthday and my birthday, I wanted to shake things up. So, I purchased a cocktail kit (it was really just the simple syrup set) and a virtual cocktail making class. That's how we kicked off his birthday weekend. 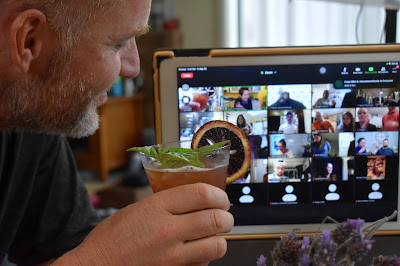 He sat and listened to the facilitator while I played bartender. 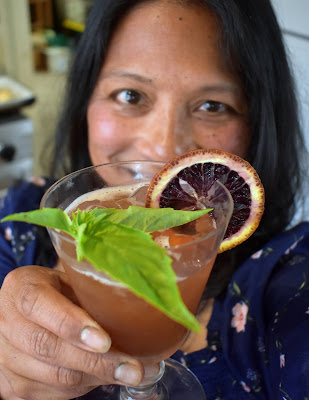 So, mis-adventure number one: Let's just say that three cocktails in the course of an hour-long class is way too many. About two too many as far as I am concerned. But we had fun and we didn't have to call for a ride because we were in our own house! 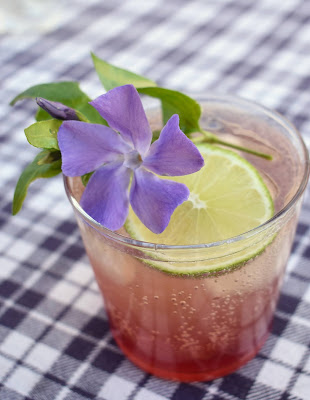 Mis-adventure number two: I whipped up an Aviation cocktail and plunked a vinca blossom from our garden into the glass for the photograph. Turns out, it's poisonous...at least in large quantities. So, I posted the photo on social media and asked for opinions. "Can I still share this if I have clear disclosures that the flower is not edible?" And let me under score its poisonous qualities - in large quantities - because I drank the cocktail and was fine. I didn't however, eat the  poisonous flower garnish. Common sense, people. 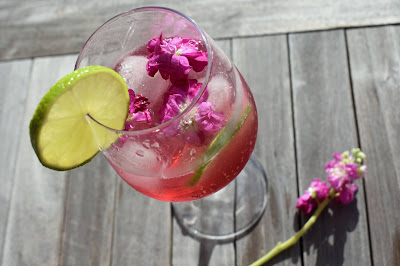 The responses were hilarious and prompted me to completely remake the drink with an edible flower garnish this time. But I think you'll get a chuckle out of these...

It was nice to see that everyone else has as little faith in people as I do. So, I remade and rephotographed with an edible flower this time. 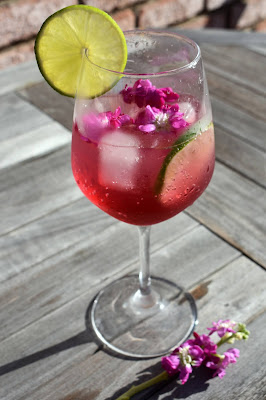 I was about to give up on cocktail making for awhile, then Amy of Amy's Cooking Adventures picked our May read for our online #LitHappen group: Around the World in 80 Cocktails by Chad Parkhill.* We all needed something light and fun. This definitely fit the bill.
On the Page 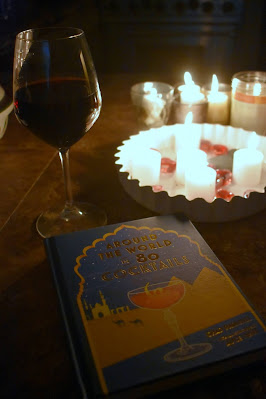 I would have sworn that I already owned this book. But, when it  arrived, it didn't look familiar at all. And, then the night that I started reading it, our power went out for several hours. Drat. Reading by candlelight is not as easy as you would think. I asked myself how the Ingalls family read! In any case, I finally found a flashlight and was immediately engrossed.
Each illustration and cocktail write-up is fantastic - well-researched and well-written. And the illustrations would be great posters. I would never tear up a book, but I could see these all framed and hung up in a home bar! Here's an example for the Negroni... 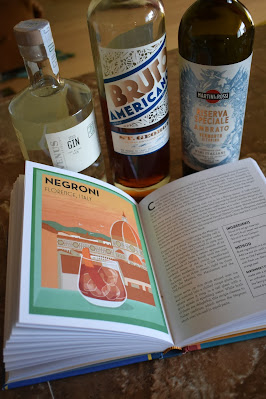 Parkhill shares, "Count Camillo Negroni was one hell of a dude: a famous gambler, fencing teacher, and former rodeo cowboy who, according to legend strolled into Florence's Caffè Casoni one day in 1919 and asked the bartender, Fosco Scarselli, to replace the soda in his Americano cocktail with something a with a little bit more kick, like gin. With that request, the famous Negroni was born. The story's almost too good to be true which is why so many bartenders and cocktail historians took the larger-than-life Count to be a work of fiction whipped up by Campari's marketing team" (pg. 95).
In the Glass 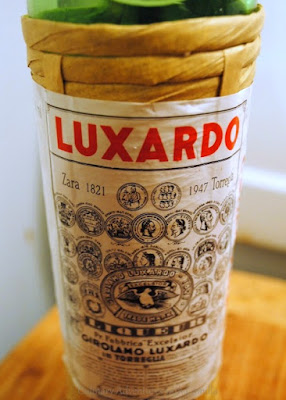 I realized as I read that I was fascinated by the history of the drinks, but several of them had far too many ingredients. I like my mixed drinks on the simple side. Use El Morocco as an case in point. That drink has cognac, pineapple juice, port, curaçao, lime juice, and grenadine. Or the Agua de Valencia which has vodka, gin, simple syrup, orange juice, and cava.
Yikes. So many sugars, so many alcohols. Those just look like a headache waiting to happen in my opinion. But I did want to make a drink for #LitHappens. So I looked for a cocktail whose ingredients I already had on-hand and came up with The Last Word.
The Last Word Cocktail 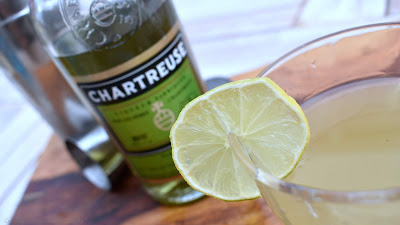 Parkhill writes, about this drink as coming from Detroit,USA, "...A little math leads the reader to conclude that the drink was invented in 1921 - right in the thick of Prohibition. Ergo the oft-repeated claim that the drink was invented by Frank Fogarty at the Detroit Athletic Club during Prohibition. But a recently found menu from July1916 that bears the drink's name dates from before Fogarty's first visit to the Detroit Athletic Club in December 1916, which means that Fogarty picked the drink up at the club, not the other way around" (pg. 75).
Ingredients makes 2 cocktails
Procedure 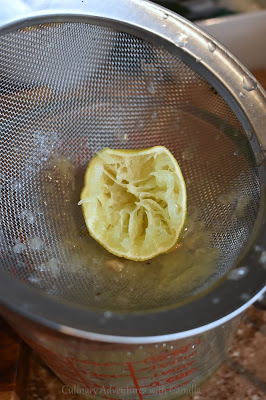 Procedure
Fill a cocktail shaker with ice and add the gin, Chartreuse, Luxardo, and lime juice. Shake for about a minute. Let sit for about 30 seconds to a minute. 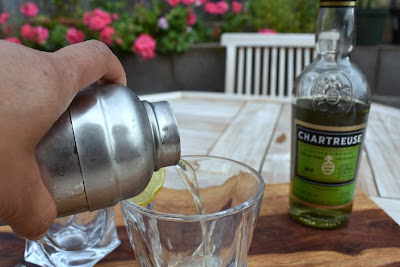 Strain the cocktails into the two glasses and serve with a lime wheel garnish.
This blog currently has a partnership with Amazon.com in their affiliate program, which gives me a small percentage of sales if you buy a product through a link on my blog. It doesn't cost you anything more. If you are uncomfortable with this, feel free to go directly to Amazon.com and search for the item of your choice.
Click to see what everyone else read in May 2021: here.