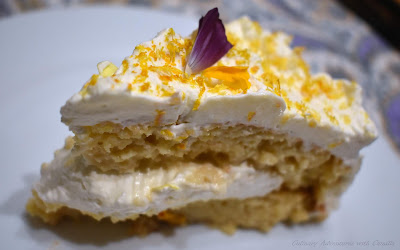 I'll admit it: I ordered this book based on the cover alone. The Puma Years: A Memoir by Laura Coleman.* Isn't it stunning?
On the Page 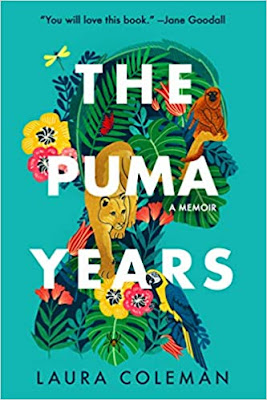 image from amazon.com
This is a memoir, plain and simple. It's Laura Coleman's journey from a rudderless young woman to a driven, dedicated activist who works with rescued animals. What started as a volunteer stint in the Amazon blossomed into a full-blown love affair with the work of rehabilitating animals, especially a puma named Wayra. But there is also a parade of animal characters that include Faustino and Coco, howler monkeys; Panchia, a semi-wild peccary; Lorenzo, a blue and yellow macaw; Sama, a jaguar; and Matt Damon, a rescued rhea.
This isn't a treatise or prescription about animal rescue. It's simply Coleman's experience. And it's beautifully executed. I think there are certain years in your life when adventures and time away from your usual life leave an indelible mark. The Amazon permeated her very being and led her to return year after year as a volunteer for the NGO, Comunidad Inti Wara Yassi (CIWY), which manages three wildlife sanctuaries and provides homes to animals rescued from illegal wildlife trafficking. That was 2007. Half a decade later, she founded the Brighton-based charity ONCA. Panthera onca is the genus and species of jaguar. Bridging social and environmental justice issues with creativity, ONCA's mission is to bridge social and environmental justice through creativity, storytelling, and building community connections.
She describes her friend's theory that "rescued animals are like onions. You work so hard to peel off one layer of anxiety, only to expose another, and then another." And there is mention of food as these volunteers forge a life within the confines of their camp and when they are able to get away for the evening. "We went to our favourite restaurant, the one by the sea that we used to visit every Saturday. It had been our ritual. I had the fried potato skins, which was part of the ritual. And the taste of it—the crispy, herby saltiness—made me realise how easy it is to forget, when you’re so angry, the things that you used to love."
On the Plate 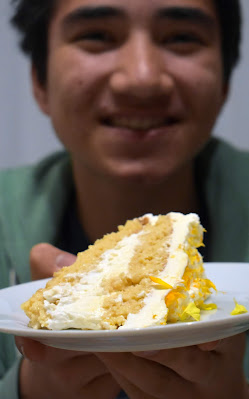 I was inspired into the kitchen with this passage: "'Cake,' I murmur. Harry leaps back up, raising his arms, and shouts with triumph, 'Cake!' 'Shhh!' Tom and I hiss, pulling him back down. I look around anxiously, but the rest of camp stays dark. The only light is ours, our single fluttering candle. 'Do you think he’ll notice?' I stare in wonderment at the slab of fluffy peach, papaya and peanut butter sponge they’ve liberated from Paddy’s lockbox, which is a bucket with bricks on top of it. Teanji safe. Rat safe. Not Harry and Sammie safe."
That peach-papaya-peanut butter cake didn't exactly make my mouth water. But I remember a tres leches cake from Costa Rica that I wanted to recreate with an even more overt tropical flavor. Years ago, when we were in Costa Rica for my dad's birthday, we had a tres leches cake. I've made a version with fresh mangoes. So, I decided to give it a shot with some guava syrup. Oh, and for those who don't speak Spanish, or haven't had this cake, tres leches means 'three milks.' That mixture i s drizzled over a sponge cake. It is surprisingly easy and not at all soggy. 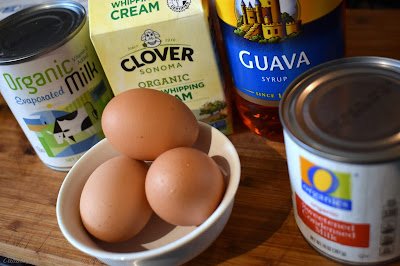 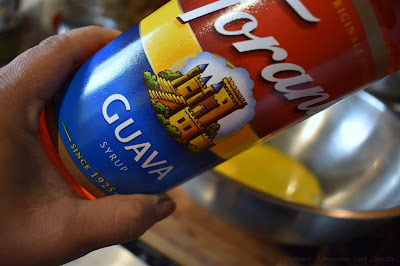 Cake
Preheat the oven to 350 degrees Fahrenheit. Prepare a baking dish by rubbing it with butter and placing a piece of parchment paper in the bottom.

Melt the 1/2 C butter in a small skillet until it just begins to brown. Remove from heat.

Separate your eggs, placing yolks in a larger mixing bowl and whites in a smaller one. Into the same bowl as the yolks, add in the flour, sugar, vanilla, guava syrup, and baking powder. Whisk to combine. Add in the browned butter and 1/2 C heavy whipping cream. Stir to incorporate. 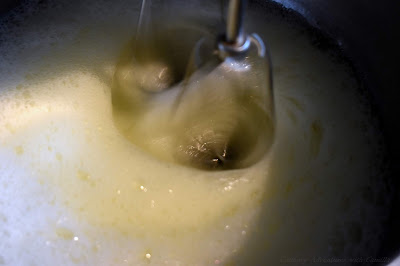 Beat your egg whites until soft peaks form. Gently fold them into your batter. Try not to deflate the egg whites too much. 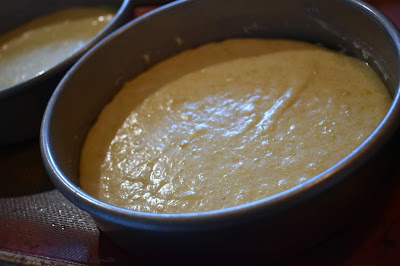 Spoon batter into prepared dish and bake for 30 minutes, until golden on top and spongy to the touch. 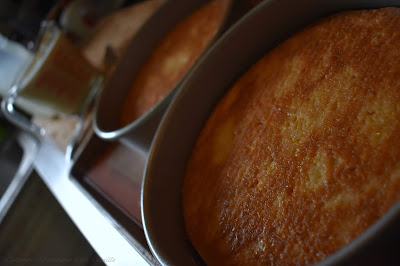 Remove the cake from pan and cool on a wire rack for 20 minutes.

Tres Leches
In the meantime, whisk together the three milks: evaporated milk, condensed milk, cream, and guava syrup. Pour into something from which you can pour easily; I used a measuring cup. 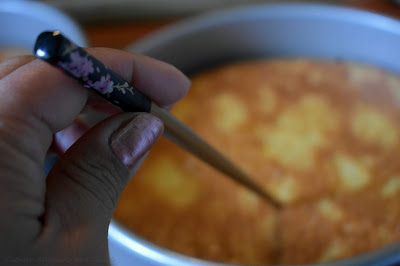 Once the cake is cool, poke cake with a skewer or fork to help the milks absorb. Slowly pour the tres leches mixture over each cake, in batches, allowing each round to soak in. I did this about 6 to 7 times to get all of the liquid poured and absorbed. Refrigerate until ready to serve.

Finishing
Invert one cake layer onto your serving platter and set aside. In a medium mixing bowl, beat whipping cream with guava syrup until peaks form. Spoon 1/3 of the mixture onto the cake layer and spread to within an inch of the edge. Invert the second cake layer on top of the whipping cream.

Spoon the remaining whipped cream over the cake and spread over the top and along the sides. 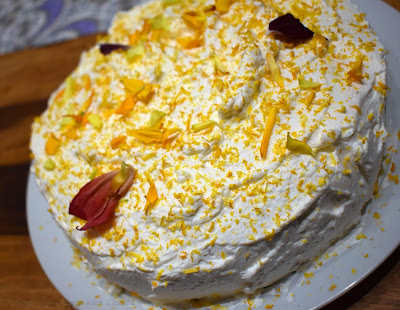 Grate zest over the top and garnish with flower petals. I added the petals to mirror the cover of the book! Serve immediately. 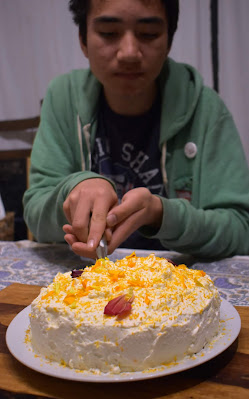 My guys asked where the mango was and why there were flowers on the top. Because it makes it pretty, I retorted. "Pretty is overrated," they objected. Whatever.
*This blog currently has a partnership with Amazon.com in their affiliate program, which gives me a small percentage of sales if you buy a product through a link on my blog. It doesn't cost you anything more. If you are uncomfortable with this, feel free to go directly to Amazon.com and search for the item of your choice.
>
Click to see what everyone else read in May 2021: here.