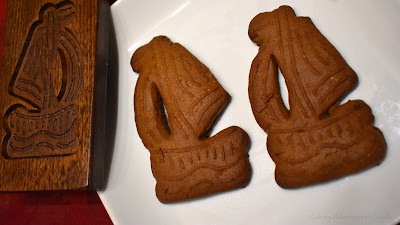 Here we are at September's #EattheWorld event. The year is flying by, especially as we, at least on California's central coast, are entering our twenty-fifth week of the shelter-in-place orders. That has meant lots and lots of time in the kitchen.

This Eat the World project is spearheaded by Evelyne of CulturEatz. Read more about her challenge.


Evelyne directed us to explore the cuisine of the Netherlands and posted this adorable, kitschy photo. So, today the crew is sharing...

A little background: I lived in Holland for three years as a kid. My dad was stationed at the U.S. Air Force base Camp New Amsterdam and we had a house between Amsterdam and Rotterdam. And, because we lived off-base, my parents enrolled me in the local school with all the other neighborhood Dutch kids. So, I went to pre-school and kindergarten in the Netherlands. I spoke Dutch fluently, well, fluently for a five or six-year-old. And I thought that I really was Dutch. I lamented my black hair, brown eyes, and weird name; I wanted to look like my blond, blue-eyed friends. I swore to my mom that when I turned eighteen I was going to dye my hair and legally change my name to a Dutch name. Thankfully, that was a fleeting fancy. I am very happy with my dark looks and unusual name now.

But living in another country for years cemented my love of travel and, when I travel, I lean towards immersing myself as much as I can in that culture. I rent houses with kitchens instead of staying in hotels. Then we shop the markets and cook with the local ingredients. 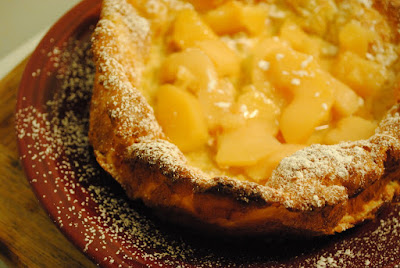 Speaking of food, have you ever encountered a food and been transported to another time and place? It's a disorienting sense of deja vu that overwhelms you simultaneously with confusion and awe. Total bewilderment. That was how it was for me the first time I made a 'Dutch Baby.' For some reason it completely eluded me that 'Dutch Baby' was the same as Pannekoeken, Dutch pancakes.

Anyway, every Sunday we drove to a farm that served Pannekoeken. The family cooked and served guests in their old barn. I always insisted on sitting in the loft, so my parents and I scaled the rickety ladder each week and were rewarded with platters of Pannekoeken. The funny thing is that I have never recalled what the Pannekoeken actually were. I just remember loving the name - Pannekoeken - and I remembered the ladder. Now that I know what it is, it appears on our table regularly. 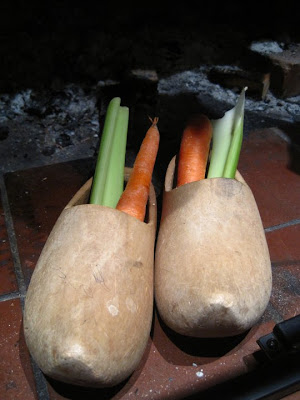 In any case, those three years in the Netherlands made an impression and when our younger son was born two days before Christmas, I knew I wanted to incorporate 'Nicholas' into his name. But I opted for the Dutch spelling: Niklaas.

For years we held D's birthday party for his friends the first weekend in December, to coincide with Sint-Niklaas Day and to keep it distinct from Christmas. We celebrated as a family on his actual birthday. And, many times, our family celebration included Dutch traditions.

I still have my klompens (photo above) and I still put carrots and celery in them for Sinter Klaas on Christmas Eve. And I still love, love, love, love, love my tulips. So, despite realizing that I am not Dutch, Dutch traditions still hold a dear place in my heart. 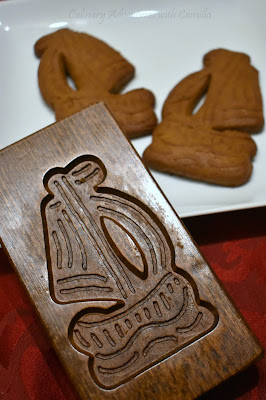 My mom has had these wooden Speculaas molds since we lived in Holland; she has small ones, huge ones. Some are people, boats, and she even has a giant rooster. Mostly they have been hung on the walls as decorations. When I took them from her house, I tried various recipes to make my own speculaas cookies. And, over the years, none of the earlier versions I tried were successful, but recently they are passable and were devoured.

So, I'm sharing this version and I'll keep working on them for next year and, hopefully, create another version that's closer to what I am trying to achieve. But, I'll accept these as they (1) held their outside shape (as in didn't ooze and become blobs), (2) retained the detailing of the molds (as in didn't puff up unrecognizeably and become blobs), and (3) tasted fantastic. 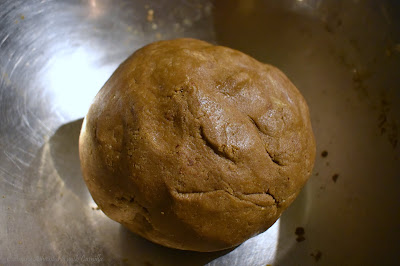 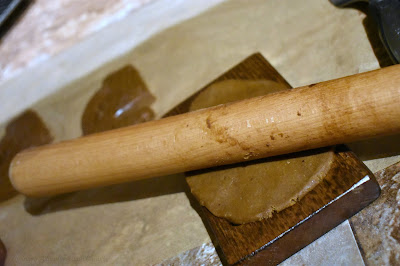 Melt the butter and whisk in the molasses, sugar, and eggs. Add dry ingredients and blend till you have a stiff dough. Split dough into quarters and roll into a ball. Wrap tightly with plastic and refrigerate for at least an hour.

Preheat oven to 350 degrees Fahrenheit, then shape your cookies. Break off a piece of dough that will fill your mold and press or roll the dough flat. 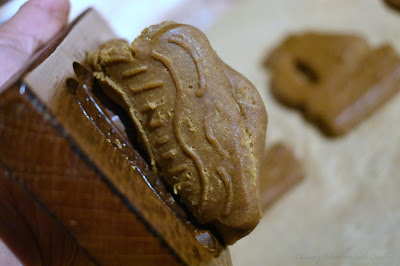 Carefully peel the cookies from the mold. The dough has a lot of butter in it, so it shouldn't stick too much. But, in case it is sticking, dust the mold with powdered sugar as needed. 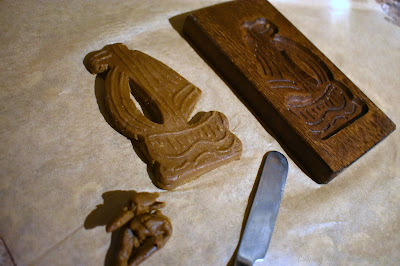 Trim the excess dough from the cookies and place them on a parchment paper or silicone mat-lined baking sheet. Mine ended up being about 1/4" thick. Place the trays in the freezer for 20 to 30 minutes before baking. 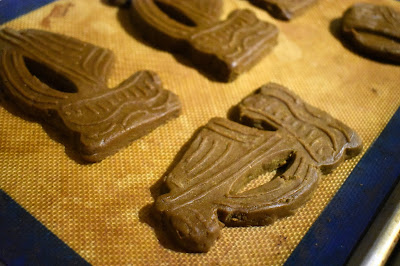 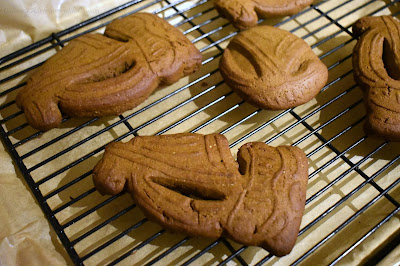 Cool the cookies on the baking sheet for a minute or so before transferring them to a wire rack to cool completely. Repeat process with remaining dough. These will store, in an airtight container, for a week. But, honestly, ours have never lasted more than a day or two.