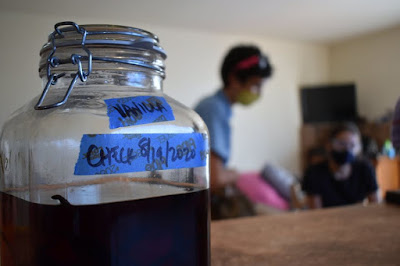 Near the beginning of our shelter-in-place orders, a friend posed the question on social media: "So, vanilla is the new toilet paper?!? Why is this flying off the shelves AND ridiculously overpriced?"

I decided to make my own since I had a bunch of vanilla beans from a previous project or event. And when it was finished, I delivered a bottle to my friend.

Homemade vanilla extract only requires two ingredients: vanilla beans and vodka. Oh, and a lot of patience. This batch infused for four months, but the longer you let it steep, the better. I did a batch previously that sat for eight months. I have read that you can begin to use it after as little as 8 weeks, but it didn't have that deep mahogany color that I like nor the heady scent of vanilla.
Ingredients makes approximately 750 ml,
but the rule of thumb is 5 to 6 vanilla beans per 250 ml vodka. So adjust as needed. 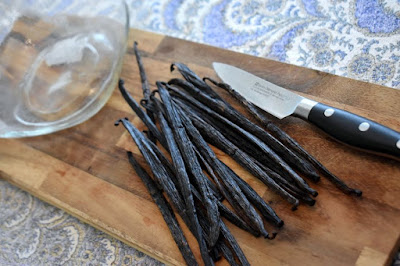 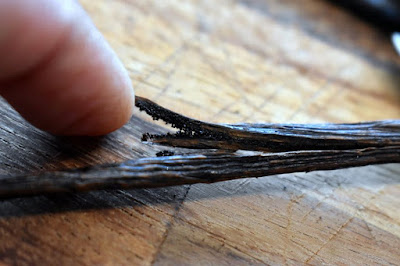 Using a sharp paring knife, slit the vanilla beans so the 'caviar' are exposed. You don't need to slice through the bean, just make a slit down the middle. 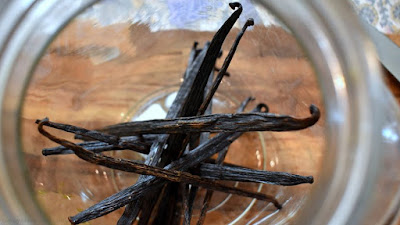 Place beans into the jar. 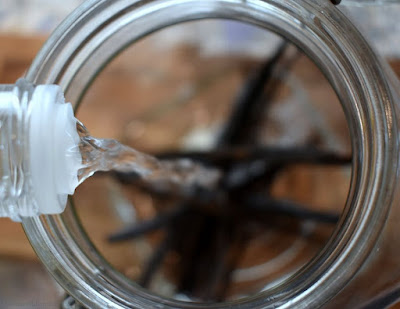 Pour vodka over the bean until the beans are fully submerged. You can press the beans down into the liquid as needed. 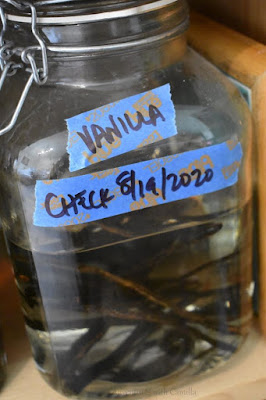 Then keep the vanilla at room temperature and out of direct sunlight. Shake the contents about once a week, pressing the beans down into the liquid if they pop up. If they are exposed to the air, they will get slimy.

That's it! You can keep your vanilla in the large jar or bottle them into smaller jars for gifting to friends. Also, you can keep refilling your bean jar until the liquid begins to lose its aroma. I, myself, have only used beans for two full batches...but give it a shot and let me know.