By Camilla M. Mann June 23, 2019
This is a sponsored post written by me in conjunction with and in preparation for the July #ItalianFWT event.
Wine samples were provided for this post and this page may contain affiliate links 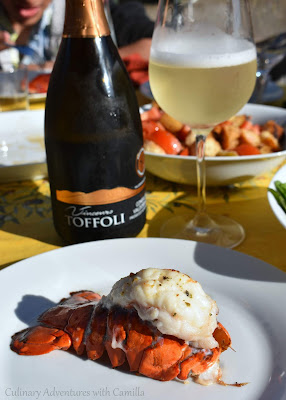 Next month - July 2019 - I am hosting the #ItalianFWT group as we delve into tasting and pairing Prosecco DOCG. You can read my invitation to the Italian Food Wine Travel bloggers here - You're Invited: Tanti Auguri (Many Wishes), Prosecco DOCG!! And you can read about my first exploration here, where I looked at the difference between Frizzante and Spumante. 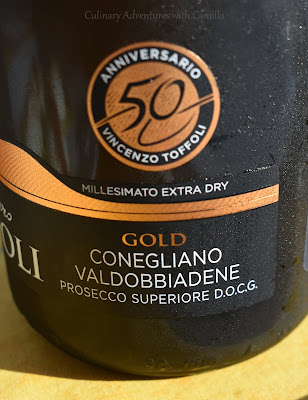 I decided to open up my second bottle from the Corsorzio*, the Conegliano Valdobbiadene Prosecco Superiore Millesimato Extra Dry from Prosecco Toffoli. And, in doing research, I came across a new-to-me term: the Martinotti Method.

Decades later, in 1895, an Italian named Federico Martinotti refined Maumené’s design, still using wooden tanks but making it more adapted to commercial use. But, then, in 1907, Martinotti’s design was perfected and patented by another Frenchman, Eugène Charmat, utilizing newly available stainless steel. It's Charman's iteration that provides the basic blueprint for production tanks today. However, the process is still referred to as the Martinotti method in Prosecco; but outside of Italy it is known as the Charmat method. 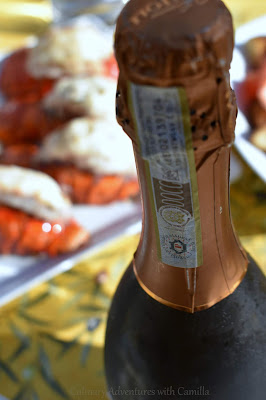 The grapes for this 100% Glera Prosecco Superiore hail from a town in the heart of the DOCG Conegliano – Valdobbiadene area: Refrontolo. 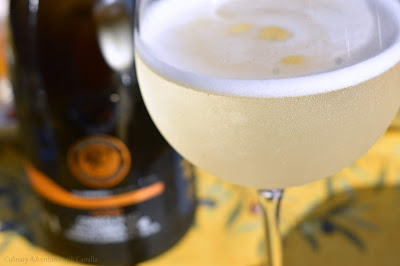 To the eye, this poured a pale golden color with milky white bubbles and a fine, persistent perlage. On the nose, there were stong notes of fruit, flowers, and citrus. Just sticking my nose in the glass brought a smile to my face. And, on the palate, this was dry and refreshing. It was the perfect pour for an al fresco Summer Solstice dinner. 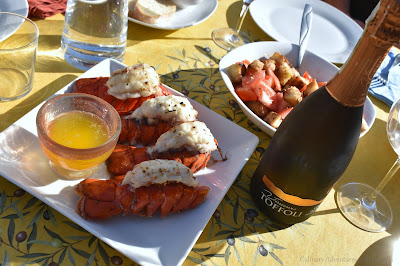 The Summer Solstice, at least in the Northern hemisphere occurs in June and marks the longest day of the year. Typically we celebrate with a lovely picnic. And this year was no exception. 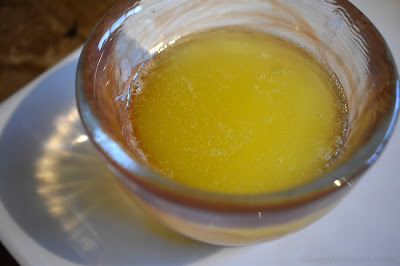 And I was inspired to serve roasted lobster because that bowl of clarified butter always reminds me of the sun! 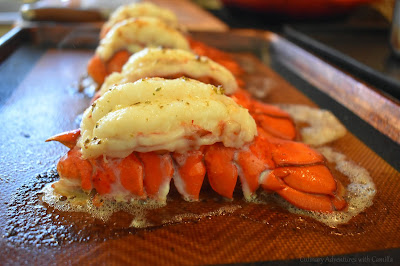 Lobster may feel decadent and complicated to make. In reality, it's a dinner that I can have on the table in about 30 minutes, so it's a perfect meal after a long workday. 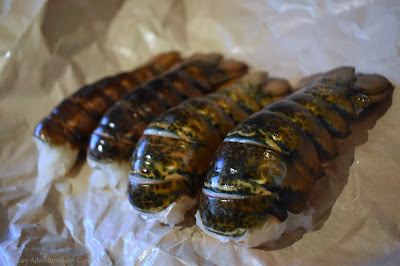 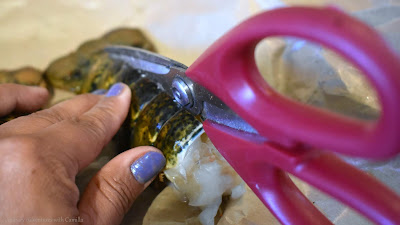 .
Using kitchen shears, cut each lobster tail down the back, stopping at the last segment before the tail piece.

Bend back the tail until you hear a loud crack. Slip a knife between the meat and the bottom membrane, freeing tail meat from the shell. 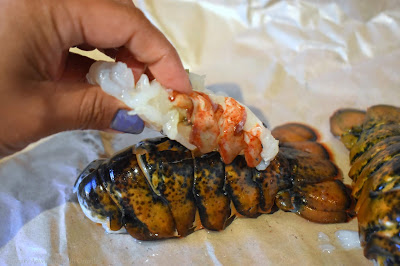 Pull the meat up and over the shell, closing the shell shut beneath it. 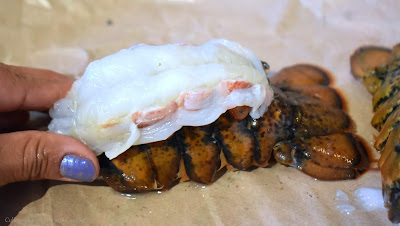 The tail meat, then, piggybacks on top of the shell. 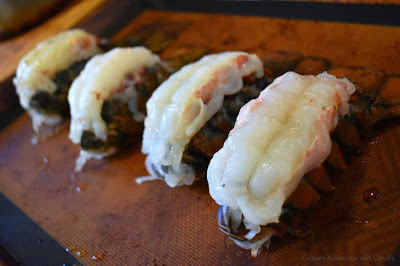 Place all four tails on a silicone mat or parchment paper-lined baking sheet. Melt 2 T butter and whisk in oregano and garlic. Coat the lobster meat with a generous coating of butter and sprinkle with salt and pepper.

Roast for 15 minutes. Remove from the oven and serve immediately with clarified butter. 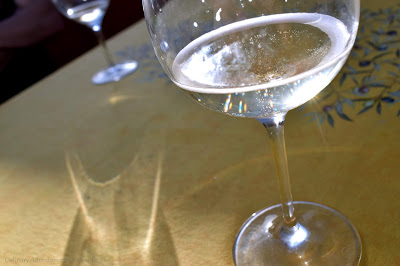 The Conegliano Valdobbiadene Prosecco Superiore Millesimato Extra Dry from Prosecco Toffoli was a lovely bottle with which to continue my Prosecco DOCG adventures. And I was excited to toast the start of summer with a glass or two. I served this with Burrata and Anchovies, Panzanella, and a green salad. 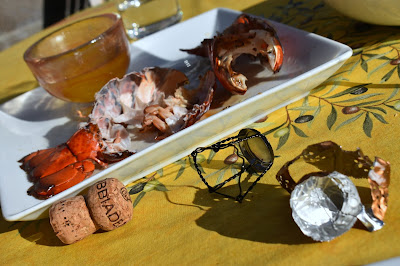 At the end of the longest day of the year, we were left with lobster shells, popped corks, sated bellies, and smiling faces. Stay tuned for more pourings and pairings. I can't wait to share what I'm learning about Prosecco DOCG with you all. Cin cin.