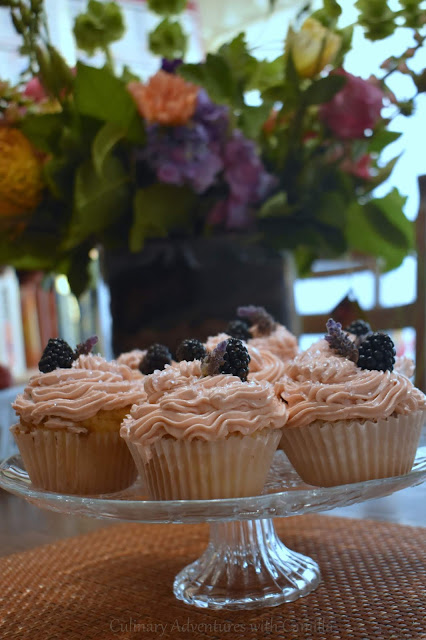 Inspired by my Lemon Lavender Blackberry Cake that I made for my birthday, I decided to adapt that recipe into cupcakes for Mothers' Day...and #CupcakeLoversDay that's hosted by Valentina, The Baking Fairy. You can see the original cake here... 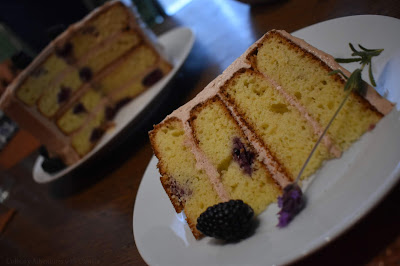 And here's the translation to the cupcake version... 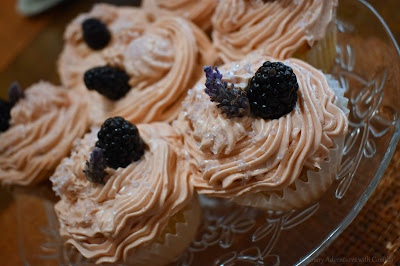 And here's our Cupcake Case... 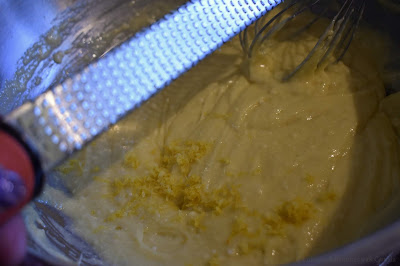 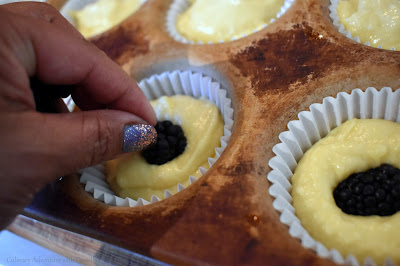 In a large mixing bowl, cream together the butter and sugar until lightened and fluffy, approximately 3 minutes. Add in the egg yolks, lemon extract, and lemon zest. Mix again, then pour in the milk.

Divide the cake batter evenly between 12 cupcake hollows. Toss the blackberries in a small bowl with the cornstarch, then press 1 or 2 berries into each cupcake. 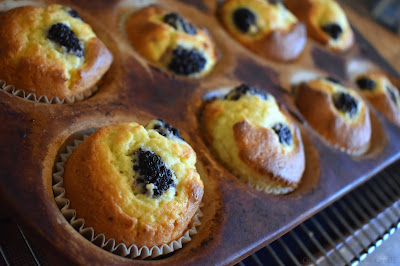 Place pans on baking sheets and place them in the oven. Bake for 25 minutes, rotating the sheets halfway through, until the layers are firm and golden. Remove the trays from the oven and cool the cakes completely on wire racks. 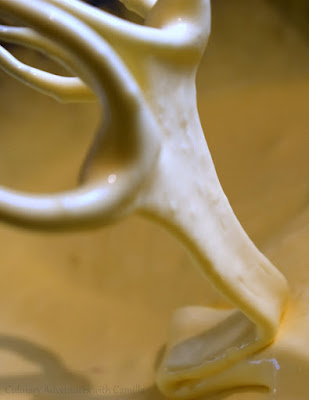 Combine water, sugar, and corn syrup in a small saucepan. You can attach a candy thermometer to the side; I just kept testing until it reached soft-ball stage. If you're using a thermometer, heat until it reaches 238 degrees F. For testing otherwise, dip a spoon into the syrup, then into ice cold water. The syrup should immediately set up into a soft ball. Mine took about 8 minutes to reach the correct consistency. 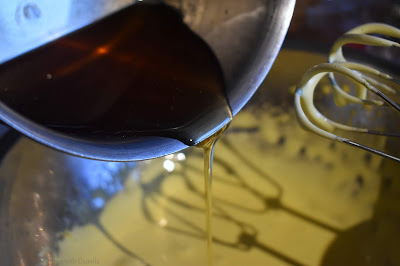 Once the syrup is ready, remove it from the heat. While one hand hold the mixer, use the other hand to pour the syrup into the yolks. When all of the syrup is added, turn the mixer up to high and beat until the yolks have doubled in size and have reached medium peak stage. The bowl should be cooled and just lukewarm to the touch. Mine took about 9 minutes.

Begin adding butter, one tablespoon at a time, mixing well after each addition. The more butter you add, the more firm the buttercream will be. 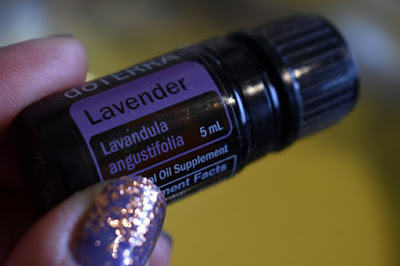 Once your buttercream resembles what you think of as buttercream, add in the lavender essential oil and the food coloring. I started with equal parts red and blue, but it just looked strange. So, I added more red and went with a muted pinkish shade! 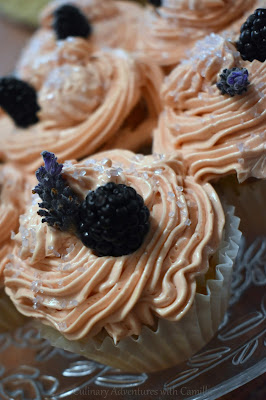 For Serving
Once the cupcakes have cooled completely, pipe the buttercream on top of your cupcakes. Garnish the top with blackberries, lavender, and decorator sugar. 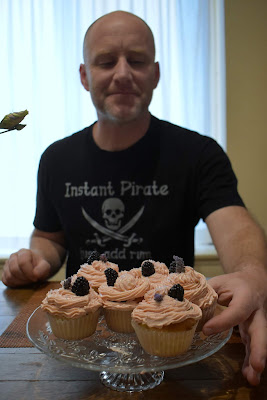 Funny story: When D walked by the counter when these were cooling, he asked what the muffins were for. I told him they were cupcakes. "Ummm...no, those are muffins, Mom." 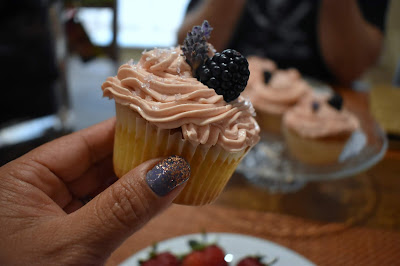 "What's the difference between a cupcake and a muffin?" I was genuinely interested in his take on this.

The frosting, of course. A muffin is naked.

As soon as I added the buttercream, he accepted them as cupcakes. That kid cracks me up.