Frizzante vs. Spumante + A Cheeseboard to Kick Off My Prosecco DOCG Exploration #Sponsored #Ad

By Camilla M. Mann June 20, 2019
This is a sponsored post written by me in conjunction with and in preparation for the July #ItalianFWT event.
Wine samples were provided for this post and this page may contain affiliate links 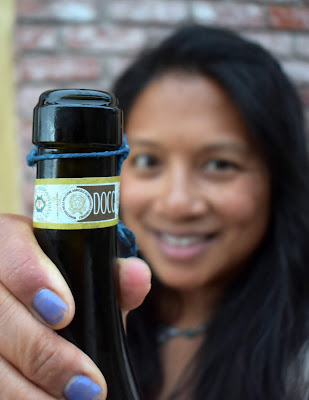 Next month - July 2019 - I am hosting the #ItalianFWT group as we delve into tasting and pairing Prosecco DOCG. You can read my invitation to the Italian Food Wine Travel bloggers here - You're Invited: Tanti Auguri (Many Wishes), Prosecco DOCG!! 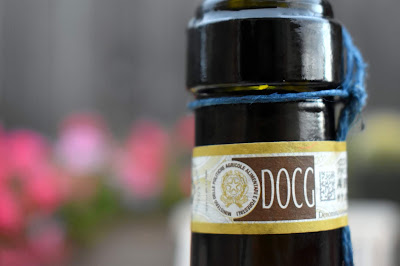 For years Prosecco has been my go-to bubbly. It's so much more affordable than French Champagne. And, as we all know, I'm more than a little enamored with all things Italian.

But I didn't even know there was a difference between Prosecco and Prosecco DOCG or Prosecco Superiore until this month. So, I am grateful for this opportunity to focus, dig in, and learn as much as I can about the latter.


So, what is difference between Prosecco and Prosecco Superiore DOCG? Often - and yes, I was guilty of this - 'Prosecco' often gets pigeonholed as a single category: fruity, and inexpensive sparkling wine made throughout the Veneto region of Italy. But, if you’re willing to delve deeper, there’s so much more to Prosecco than meets the eye. Prosecco Superiore comes specifically from the hilly area of Conegliano and Valdobbiadene, which includes 15 townlets in the heart of the Veneto region. 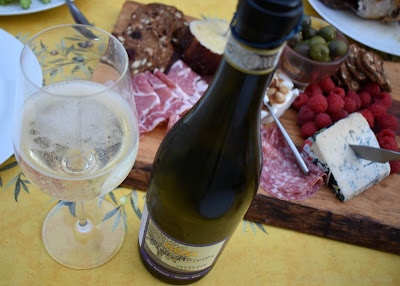 I'm grateful for the event's sponsor, the Consorzio*, for sending some industry samples to the blogging group. I saw nearly three dozen informational sheets come through; I received three and wanted to kick off my Prosecco DOCG exploration with a simple cheeseboard. I opened Perlage Winery's 'Riva Moretta' Prosecco Valdobbiadene Frizzante*.

Read this post for my Cheese Board Basics where you can find my tips on choosing cheeses, picking pairings, and filling the holes. 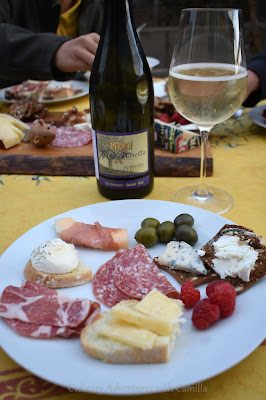 For this board, I used: Gorgonzola Dolce, Pecorino Sardo, Mozzarella di Bufala, Caprino Fresco, Castelvetrano olives, raspberries, and assorted charcuterie with bread and crackers. And, because we were coming out of a late evening meeting for robotics, this was dinner...along with a salad and the Prosecco DOCG. 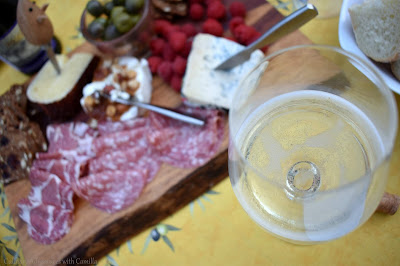 I was excited to try Perlage's 'Riva Moretta' Prosecco Valdobbiadene Frizzante for my first DOCG pairing. That launched me into reading more about frizzante vs. spumante. Both terms describe the level of effervescence in a bottle of sparkling wine. Wines labeled frizzante are gently sparkling, while wines labeled spumante are more effervescent and fully sparkling.

This bottle also had the EU Organic symbol on its label, meaning that the wine was made with organically grown grapes, all additives (fining agents, yeast, etc.) are organic, and no GMOs (or other prohibited ingredients) are allowed. Additionally, sulfur additions are also limited. 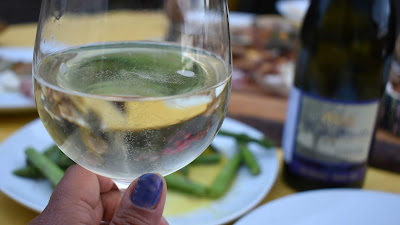 Sourced from a single vineyard - the Riva Moretta vineyard - this wine is made from organically grown grapes and in the frizzante style. I found it a deliciously layered wine. I noted citrus and apple aromas with a hint of minerality piercing the light fruitiness to lend the wine a lovely complexity. 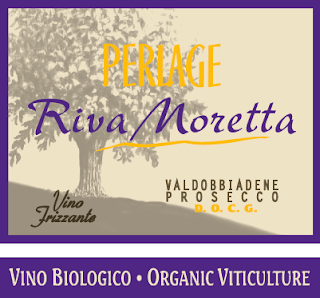 What a fantastic specimen with which to kick off my Prosecco DOCG adventures. Stay tuned for more pourings and pairings. I can't wait to share what I'm learning about Prosecco DOCG with you all. Cin cin.