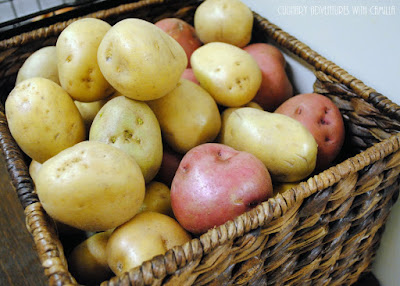 Here we are at the September Soup Saturday Swappers event. Wendy of A Day in the Life on the Farm started this event and, every month, I get a new array of soup recipes to put in my to-try pile. And this month, Sid of Sid's Sea Palm Cooking is hosting as we explore soups featuring potatoes.

Sid writes, "Share your favorite soup that contains potatoes. Baked, Mashed, Red, White, Russets, Sweet.....as long as they play an important enough role in the soup that it wouldn't be the same soup sans potatoes."

I thought about all of the soups I love with potatoes: Spring-Kissed Seafood Chowder, Spinach Chowder, and King of Soups. But all of those were cold-weather soups and we are enjoying a warmer than usual Indian summer. So, I decided to make one of my favorite chilled soups for the event. But first, here's what the other bloggers made... 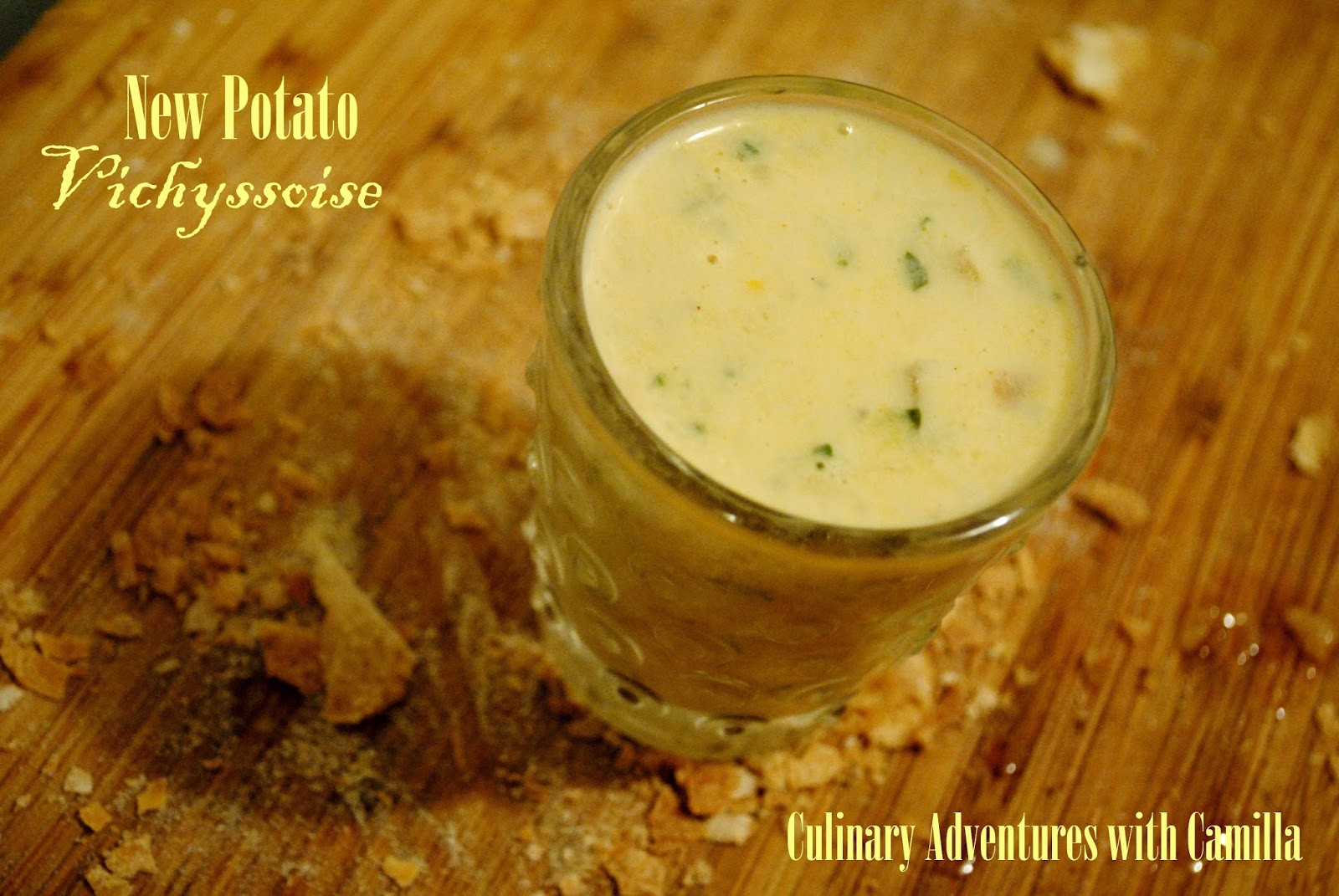 Vichyssoise is a thick potato and leek soup that is traditionally enjoyed chilled. And, though it sounds French, it is - apparently - and American creation. Well, it's the invention of a Frenchman who was a chef at the Ritz-Carlton. Louis Diat recounted to New Yorker magazine in 1950:

In the summer of 1917, when I had been at the Ritz seven years, I reflected upon the potato and leek soup of my childhood which my mother and grandmother used to make. I recalled how during the summer my older brother and I used to cool it off by pouring in cold milk and how delicious it was. I resolved to make something of the sort for the patrons of the Ritz.


Et voilà! I have had vichyssoise many times and always thought that there was something lacking. Masterton's addition of honey solved that problem; honey adds a sweet intrigue to this otherwise bland soup. This is perfect for an Indian summer picnic. 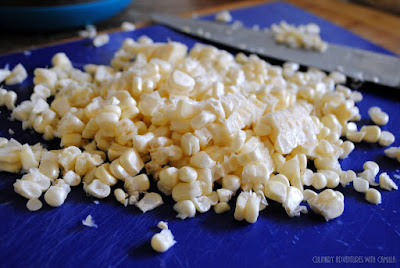 Procedure
In a large souppot, melt the butter and saute the leeks and onion until softened and translucent but not browned. Pour in the stock and add the potatoes and corn. Bring to a boil and then reduce to a simmer. Cook until the potatoes are tender, approximately 20-30 minutes. Let cool slightly and puree in a blender. Return the soup to the pot. Pour in the milk and half-n-half. Cook over low heat for 10-15 minutes but do not let it boil. Season to taste with salt and pepper. Fold in the parsley.

Remove from the heat and allow to cool. Chill completely in the refrigerator. To serve, ladle into individual cups, or bowls, and drizzle with honey for garnish.