By Camilla M. Mann September 04, 2018
This is a sponsored post written by me on behalf of Nielsen-Massey.
I received complimentary product for the purpose of review and recipe development,
but all opinions are honest and they are my own. This page may contain affiliate links. 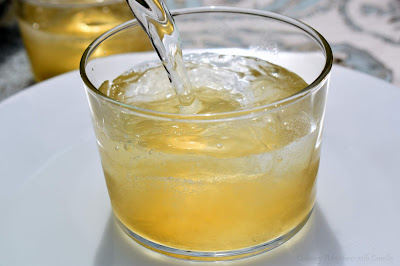 Nielsen-Massey
I have long been a fan of Nielsen-Massey products and was thrilled to be approached to create some recipes with their products. I usually have - at least - a handful of their extracts and other products in my cupboards at a time! Many I've received for past events in which I've participated, but their intense purity of flavor and extraordinary quality have made me a dedicated, paying customer as well.

Nielsen-Massey Vanillas has been crafting the world’s finest vanillas and flavors since the early 1900s. And each of Nielsen-Massey’s all-nature pure flavors are crafted with premium ingredients, sourced from around the world and chosen to meet the utmost quality standards. From lemon to peppermint to coffee or chocolate, Nielsen-Massey’s pure flavors offer convenience, quality and consistency to ensure your favorite recipes taste delicious every single time. All products are gluten-free, allergen-free, GMO-free, all-natural and Kosher. 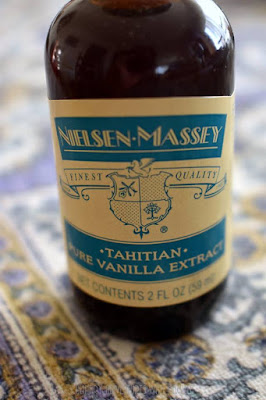 You have probably encountered quite a few types of vanilla: plain old vanilla plus Tahitian, Mexican, and Madagascar Bourbon Vanilla. I thought that 'bourbon vanilla' referred to the alcohol used when making extract; I use vodka when making homemade vanilla extract. But that was incorrect. Most of the world's vanilla is from the Vanilla planifolia orchid that grows in Madagascar, Réunion, and other tropical areas along the Indian Ocean. The bean's common name is Bourbon vanilla - after the former name of Réunion: Île Bourbon.

I was able to get my hands on a true Tahitian bean, so keep an eye out for a post using that! But for this recipe, I'm focusing on the pure Tahitian vanilla extract from Nielsen-Massey.*

Tahitian Vanilla Cream Soda
When I received the bottle, I had my three boys smell and give me some ideas about what they pictured with that extract. They also sniffed Madagascar Bourbon extract and discussed about similarities and differences. Jake was very definitive with his suggestion: I think you should make cream soda!

So, I launched into researching about cream soda and settled on the fact that cream soda is really just vanilla soda. Regionally, there is a 'red cream' soda that is vanilla and strawberry or vanilla and raspberry. But I decided to stick with regular cream soda made with Tahitian vanilla.

"This is the real deal, Mommy." That's one of the best things you can hear from your crew of kitchen critics, right? 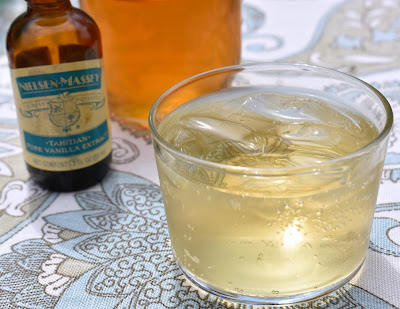 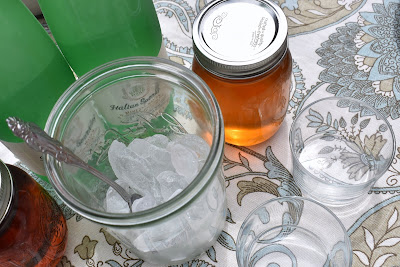 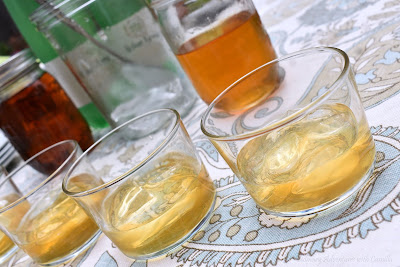 Vanilla Syrup
Place sugar, water, and salt in a medium sauce pan. Bring to a simmer and swirl until the sugar is completely dissolved. Continue to simmer for another 5 minutes. Pour in the vanilla extract and let cool.

Cream Soda
Place ice cubes in serving glasses. Pour in syrup and top with sparkling water. You can adjust to taste, but we landed on a 1:4 ratios. So, 1 ounce syrup to 4 ounces of water. 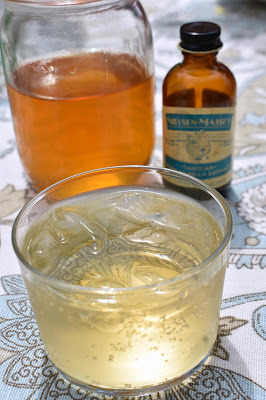