By Camilla M. Mann September 20, 2018
This is a sponsored post written by me on behalf of Melissa's Produce.
I received complimentary product for the purpose of review and recipe development,
but all opinions are honest and they are my own. This page may contain affiliate links. 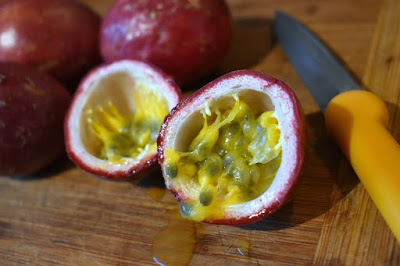 Last Halloween I noticed that Melissa's Produce had a section on their website for 'Freaky Fruits.' I really wanted to have some of the other Festive Foodies to join me in an event this year featuring those unique fruits. So, I reached out to my contacts at Melissa's Produce to see if they would want to sponsor the event. And they did! 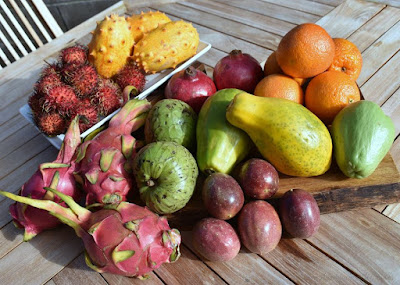 As the produce boxes started arriving, I realized that we had waaaaaaaay more produce than I could feature in just two Fridays in October. So, I decided that I would create some additional recipes and call it 'recipe testing.' The boys helped me brainstorm some ideas. You'll see most of these on the blog in the next month. 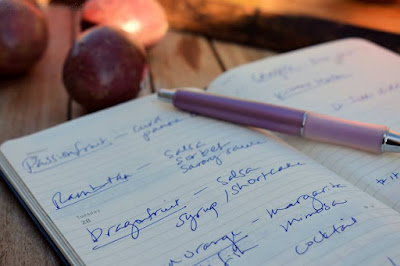 You can follow along with the hashtag #FreakyFruitsFriday; but the group will be officially posting on October 12th and October 19th. Stay tuned for some 'Freaky Fruit' recipes. As a side note, my Enthusiastic Kitchen Elf objects to the name. "They aren't freaky, Mom," he admonished me. "We eat them all the time. They're just fruits." He's right....in fact, they had passionfruit vines all over his school garden. Over the years we've enjoyed lots of them from there.

In case you're unfamiliar, look at the top photo. It's a dark purple or red, egg-shaped fruit that gets wrinkled and dimpled as it ages. It should be fragrant; its aroma is unmistakable. Its flavor is also distinct and unforgettable. I love its sweet-tart taste and I've used them to top Pavlovas. Passionfruit Curd is also a favorite. And, every year, I've made passionfruit liqueur though I guess I've never posted a recipe for that. Whoops. I'll fix that soon.

As far as why they are classified as 'freaky', it's probably because they aren't readily available at your corner market's produce section. But if you can get your hands on some, do. They are lovely. I decided to use mine very simply: slicing them open and spooning them on top of an easy-to-make panna cotta. 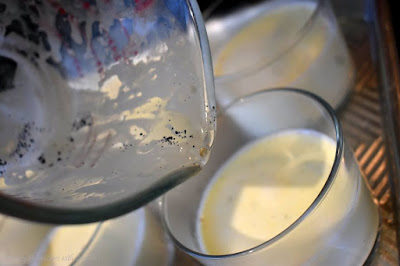 Confession: So, I actually made this recipe twice in one day because an hour after the first batch had been sitting in the fridge, I realized that I forgot to add sugar! I immediately set out to make a second batch - with sugar - but when we served them, I poured some vanilla simple syrup over the one without sugar and they liked that version better. So, that's the recipe I'm sharing here. 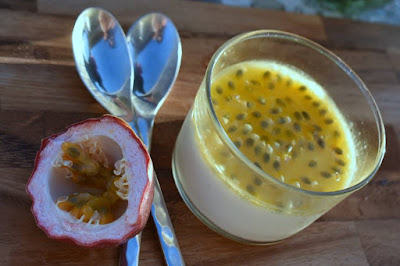 Place sugar, water, and salt in a medium sauce pan. Bring to a simmer and swirl until the sugar is completely dissolved. Continue to simmer for another 5 minutes. Pour in the vanilla extract and let cool. Place in a sterile lidded jar and keep in the refrigerator.

Panna Cotta
Dissolve the gelatin in cold water in a medium mixing bowl.  Pour the heavy cream into a medium saucepan. Slice the vanilla bean lengthwise and scrape out the seeds. Stir those and the bean into the cream. Heat, over a medium-low flame, until it begins to steam. Do not let it boil. Remove the bean pod and let cool for 5 minutes, then pour the warm cream into the gelatin and stir till completely dissolved.

Pour the mixture into your serving containers and let chill until set, but at least four hours. Serve cold.

For Serving
Remove the panna cotta from the fridge. It should be firm. Pour 1 to 2 t vanilla simple syrup over the top of the panna cotta. Slice your passionfruit in half and spoon the insides of the fruit over the vanilla syrup. Serve immediately.