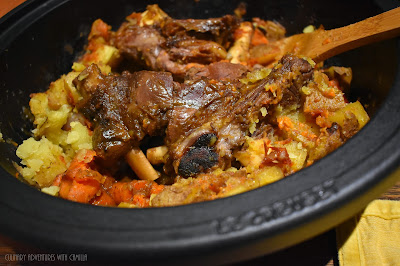 I haven't been good about posting recipes that use a tagine. I don't know why, but I've set a goal to remedy that...especially since I'm leading the kids in my Spices of the Souk class in making a chicken tagine with preserve lemons and olives on Friday. So, bear with me as I get all of these photos off of my computer and recipes written. 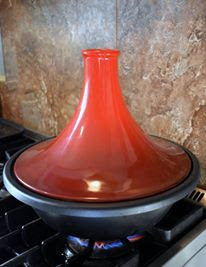 Tagine
A tajine or tagine is a Maghrebi dish named after the earthenware pot in which it is cooked. So, it refers to both the cooking vessel and the resulting food; it is also called a maraq/marqa in North Africa and the Middle East. 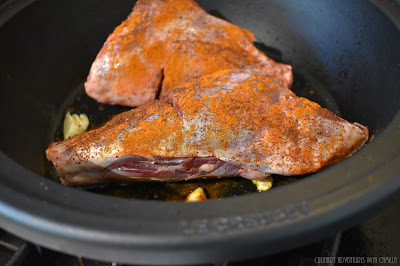 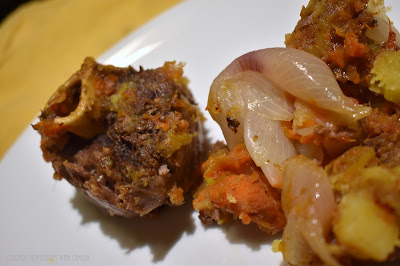 Procedure
Sprinkle lamb shanks with 1 t ground cinnamon and 1 t ground coriander and refrigerate for at least an hour or overnight. In a small mixing bowl blend all of your spices - sumac, smoked paprika, turmeric, cinnamon, coriander, ginger, and Aleppo pepper. Add in enough olive oil to create a thick paste. 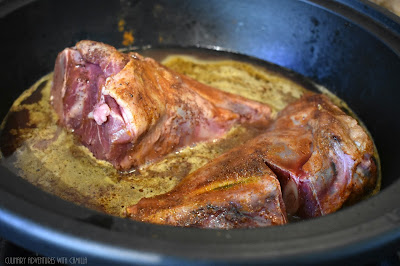 Add a splash of olive oil to the bottom of the tagine along with the garlic cloves. Brown the lamb shanks on all sides over medium-high heat. Stir in the spice paste and pour in the stock. Bring to a boil, place the cover on the tagine, and reduce the heat to a simmer. Cook for 90 minutes to 2 hours. The meat should be tender and cooked through.

Pour in the tomatoes and layer in the onions, potatoes, and carrots. Add in more stock, if there's less than an inch of liquid. Tuck the cinnamon sticks into the pot and bring liquid to a boil. Cover, again, and reduce the heat to a simmer. Cook for another 30 to 45 minutes until the vegetables are soft. Check occasionally to make sure the bottom doesn't burn. Stir, as needed. 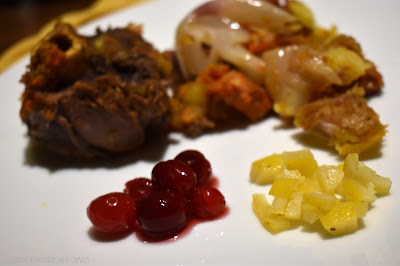 To serve, remove the lamb shanks from the pot. Gently mash the veggies. Adjust seasoning with salt and pepper. Serve with pickled cranberries and preserved lemons.