By Camilla M. Mann January 27, 2018
This is a sponsored post written by me on behalf of Le Creuset. All opinions are my own. 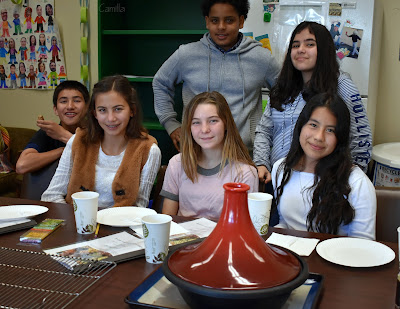 Last term, I taught a class about rice dishes from around the world and had approached my contact at Le Creuset about getting a tagine for when we, by tabletop, traveled to Morocco. Yes! She said 'yes.' Then the final week of my class was canceled and I never got a chance to use the pot. I was guilt-ridden.

So, I signed up to teach another six-week class and made sure that I used the tagine during the second week of class...just to make sure we didn't have another scheduling snafu. So, I am finally using the tagine as I said I would: to teach kids to cook! 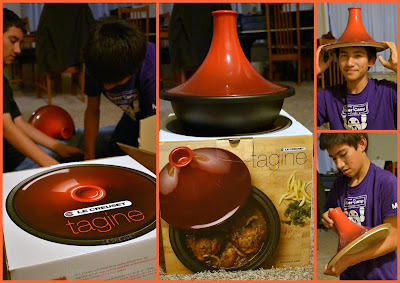 A tajine or tagine is a Maghrebi dish named after the earthenware pot in which it is cooked. So, it refers to both the cooking vessel and the resulting food; it is also called a maraq/marqa in North Africa and the Middle East. 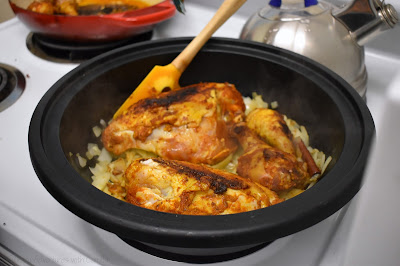 
Procedure
Blend garlic, saffron, ginger, paprika, cumin, and turmeric together. Rub chicken with mixture, cover, refrigerate and marinate 3 to 4 hours. I did this part ahead of class, so it probably marinated for 8 hours.

Heat half of the oil in heavy skillet. Add chicken and brown on all sides. Heat the remaining oil in the tagine. Add onions and cook over medium-low heat until lightly browned. 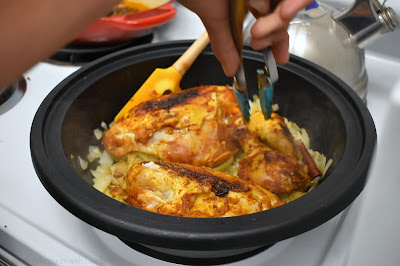 Tuck the cinnamon stick into the onions and place the browned chicken on top of that. 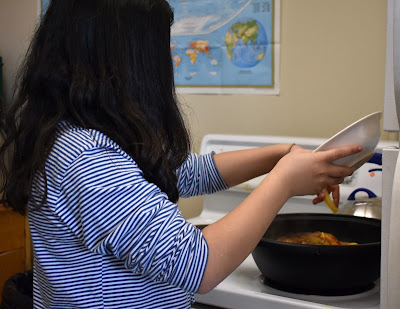 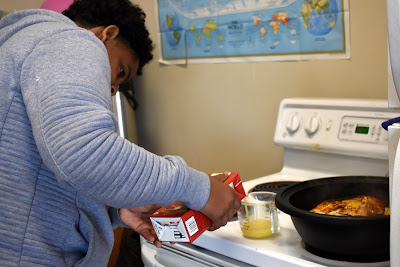 Pour stock over chicken. Bring to a boil, then cover. Reduce to a simmer and cook for 30 minutes. 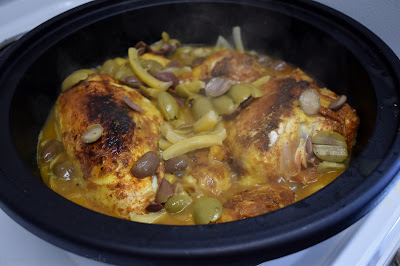 To serve, sprinkle with parsley and divide into individual servings. Serve hot. 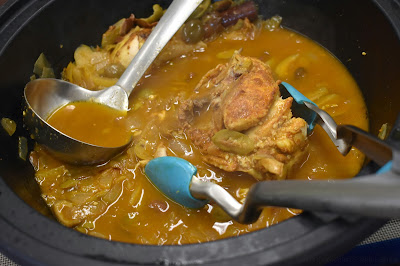 The kids loved it and, between mouthfuls, decided that we were going to make biriyani next week. Stay tuned!

*Disclosure: I received this product for free from the sponsor and/or its public relations team in exchange for an honest review. I have received no additional compensation for my post. My opinion is 100% my own and 100% accurate.