By Camilla M. Mann November 20, 2017
This is a sponsored post written by me on behalf of the sponsors of #FabulousFallBounty.
I received complimentary product for the purpose of review and recipe development,
but all opinions are honest and they are my own. This page may contain affiliate links. 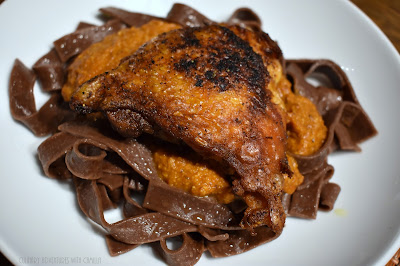 Here we are at the third day of our celebration of #FabulousFallBounty. You can read more about the event: here. And, once again, many thanks to our event sponsors: Silpat for a handy silicone mat; Le Creuset for a lovely serving platter; and Melissa's Produce for providing the bloggers with a beautiful box of goodies. My mind was aswirl with how to incorporate it all into some autumn-inspired dishes when I received this bounty of seasonal produce. 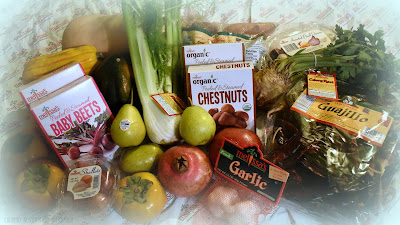 I knew that I wanted to showcase the dried guajillo chiles and pears in a fun mole sauce. After attending a mole cooking class last year, we've been experimenting with different variations. So, this isn't a traditional mole recipe per se, but the process is. 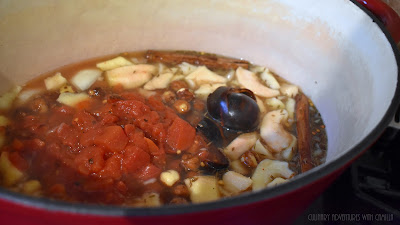 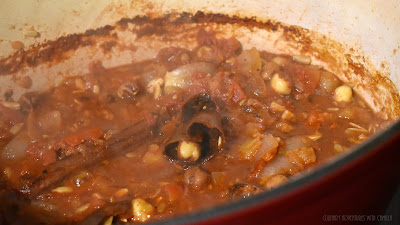 Procedure
Mole
Bring your chicken stock to a boil, then hold it at a simmer. Slice your dried peppers lengthwise. Open them up and take out the seeds and the veins. Set the seeds aside. You can discard the stems and veins.

Cut the pears and prune to the size of the raisins and place them in a medium bowl. Pour sherry over the top of them until they are submerged, approximately 1/2 C. Set aside.

Cut onion, tomato, and pears into large chunks, Crush and mince the garlic. Melt 2 T lard in your skillet and cook onion, garlic, tomato, and pears until everything is softened and the onion turning translucent. Stir well to combine. 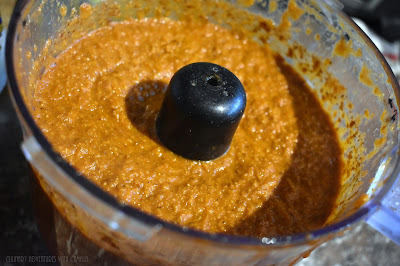 In batches, purée everything until smooth. 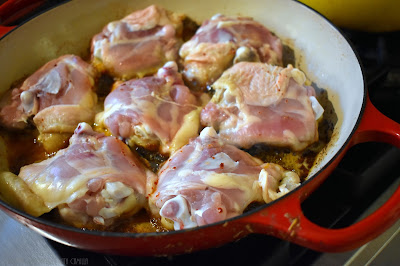 Chicken
Mix garlic, cinnamon, salt, and pepper together in a small mixing bowl and rub that mixture into the skin side of the chicken. In a heavy skillet, heat olive oil. Place the skin side of chicken down and cook for 25 to 30 minutes. 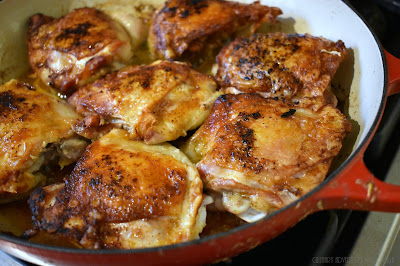 Turn the chicken over - the skin will be browned and crisp - and cook on the second side for 25 to 30 minutes. 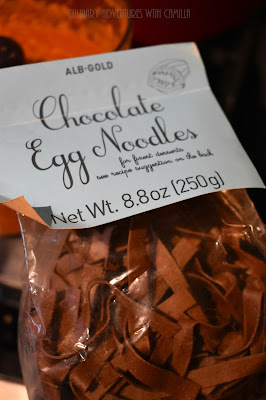 Because I didn't add any chocolate to my mole sauce, I served the chicken and mole over chocolate egg noodles!