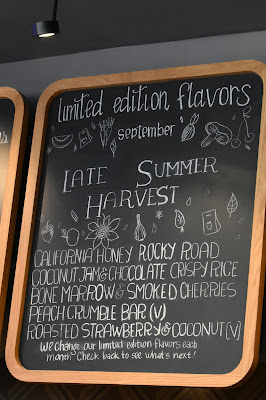 After we dropped off R and his robotics teammate at Santa Clara University for an all-day workshop, D and I high-tailed it up to the City for a walking tour with Roam Local. Owner and guide, Ryan, was gracious enough to honor a long-expired Groupon from two years ago. So grateful. And, now, having done his Telegraph Hill and the Old Waterfront, I look forward to going back up and roaming San Francisco like a local, i.e., on foot! 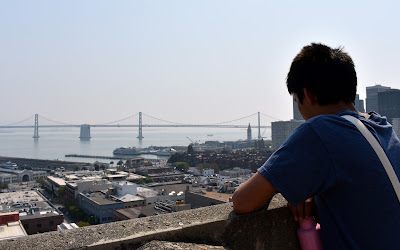 The four-mile walk began, and ended, at the Ferry Building. We ascended to Coit Tower via the pedestrian only wooden Filbert Street steps and descended the Greenwich Street steps down to Levi Plaza.

Ryan is a charismatic guide with a plethora of stories; he is a historian, storyteller; and remarkable font of San Francisco knowledge. We learned about history, art, and architecture. I loved that he showed us things that we've walked by for years and never knew were there. Amazing. 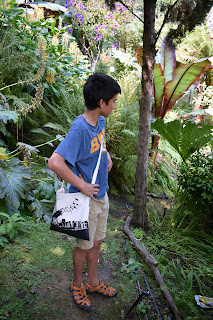 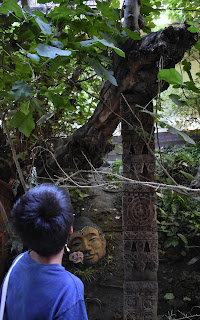 We roamed through some of the most beautiful, hidden gardens and alleyways on this walk. And it just happened to be the weekend of a record-shattering heat wave. Seriously, when was the last time San Francisco topped 100 degrees F?!? It was 107 when we finished. Yikes.

D and I cranked up the air-conditioning in the car and headed to Fillmore to try Salt & Straw. I'd long heard of the ice cream shop that started in Portland. But, we haven't made it back to Portland since I read articles about their farm-to-cone operation. So, when I saw that they had a location in San Francisco, I vowed to make it there as soon as possible. 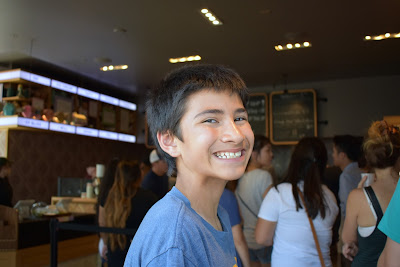 We arrived just as the line was starting to snake out of the double doors. An employee walked out with stancions under his arm. By the time we made it through the line, with cone and cup in hand, the line was about three dozen deep. I guess everyone had the same cooling thoughts. 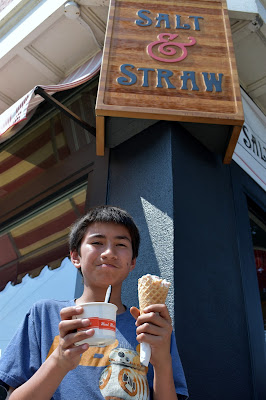 While many of their flavors were intriguingly unique, I spied the words 'bone marrow' on the menu and knew that I had to have it. Bone marrow & smoked cherries, read the menu. Oh, my goodness. I am a sucker for anything sweet that has a savory element or surprising ingredient. Bone marrow definitely qualifies. You can read more about the ice cream at this post from Cooking Up a Story. 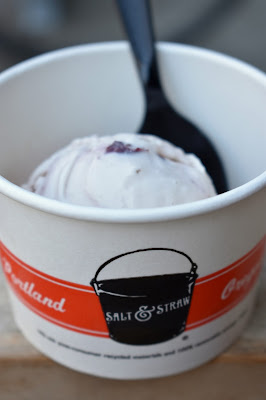 So, while I loved the idea of the bone marrow, that only got me through about half of my kid-sized scoop. I found the smoked cherries alluring, but after a few bites, the texture of the ice cream was unctuous and left an unpleasant film on my teeth. Oh, well... 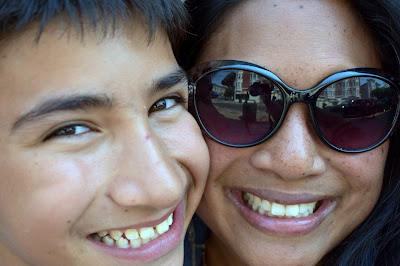 We'll happily chalk that up as a wild culinary adventure. I had to do it...just this once. Other flavor offerings included Roasted Strawberries Tres Leches (what D ordered), Honey Lavender, Olive Oil and Lemon Custard, and Peach Vinegar Cobbler with Toasted Nutmeg.

And if you make to the Fillmore store, duck into the bookstore just across the street. Yes, ice cream and books...we were happy campers.