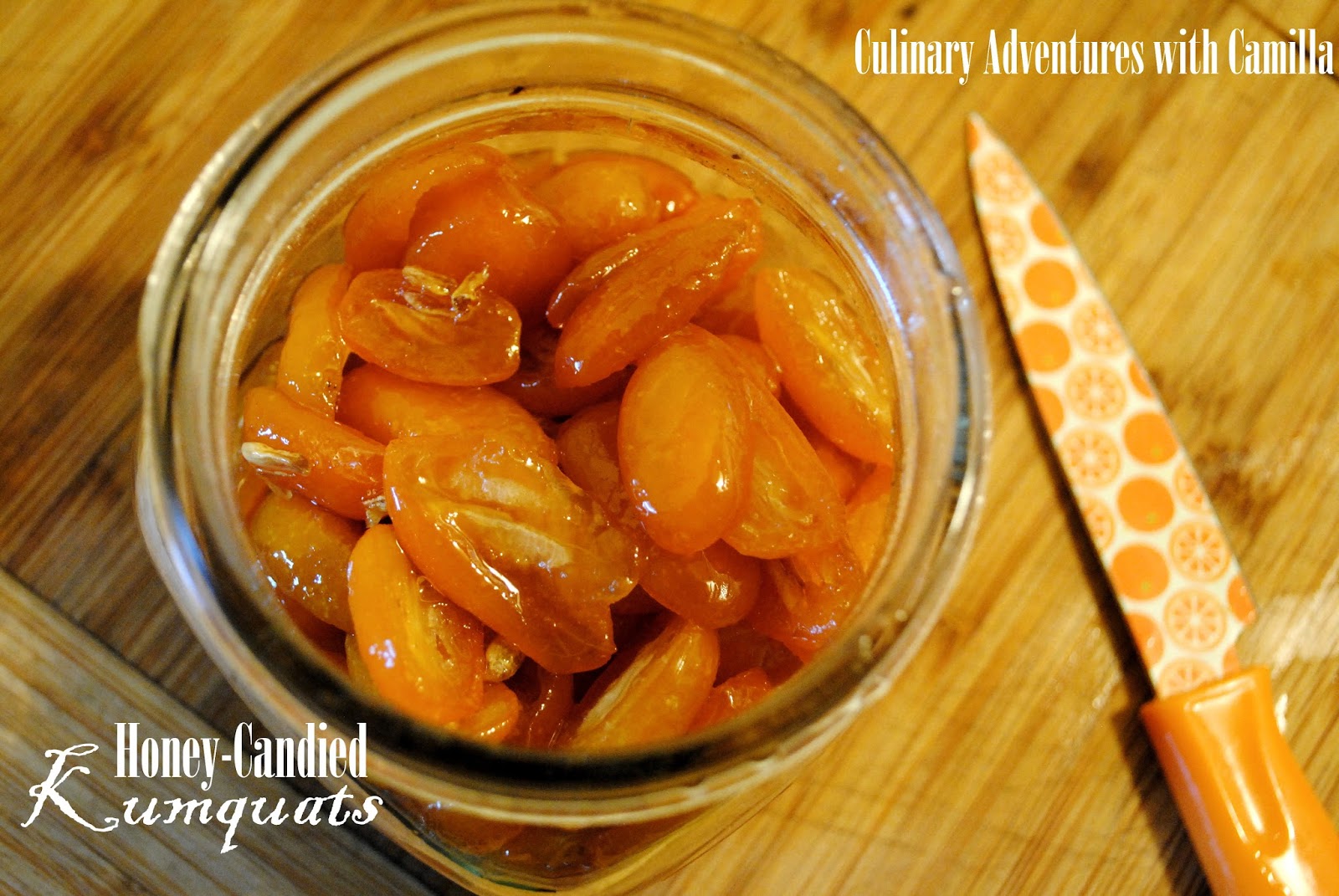 I love the Fantastical Food Fight coordinated by Sarah of Fantastical Sharing of Recipes. For more information about the event, click here. I haven't been very good at participating, but this month, I couldn't resist. We were given the challenge of making a recipe with honey. So. Many. Possibilities.

And besides loving honey, I love bees and have been toying with the idea of getting a hive or two. 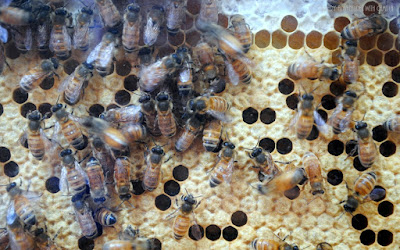 Until then, I just make sure to meet as many local beekeepers as I can to get on their list for when they spin and sell their honey. 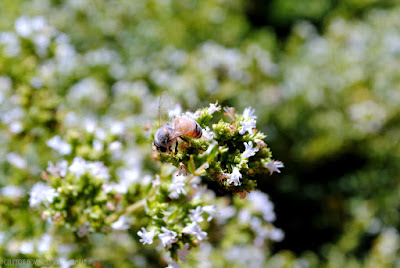 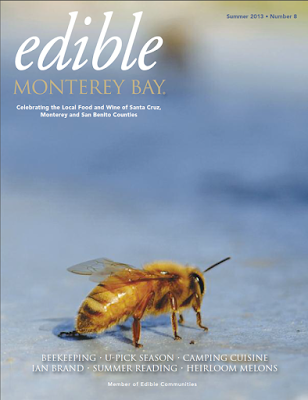 Honey-Candied Kumquats
After my cover and article on honey - Bee Yourself - was published in Edible Monterey Bay's Summer 2013 issue [cover above!], several publishers sent me honey cookbooks. And, for Mothers' Day this year, after four moves in the past eight years, Jake gave me a bookshelf. So, I was able to finally unpack all of my books and can finally get around to cooking from them. 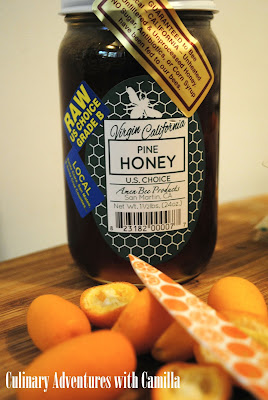 I've candied lots of different fruits. But I've always used sugar. It never occurred to me to candy fruit with honey...at least not until I read The Fresh Honey Cookbook: 84 Recipes from a Beekeeper's Kitchen by Laurey Masterton.

Her recipe originally called for acacia honey; I opted to use a local-to-me pine honey. I've heard that if you eat honey from a plant or tree to which you have an allergy, your allergies will abate. I'll try anything! 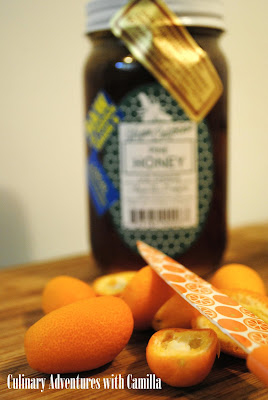 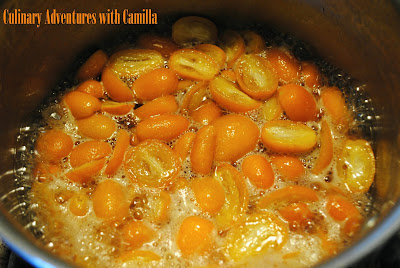 Procedure
Place the water and honey in a medium pan. Stir to combine and bring to a boil, stirring often with a spatula.

Add in the kumquats and bring back to a boil. Reduce heat to a simmer and cook until the kumquats are tender and all the whites are gone. It takes approximately 20 minutes.


Keep cooking until the sauce is reduced to a thick syrup. Remove from heat and let cool to room temperature. I spooned these into a sterile jar and refrigerated them for later use.