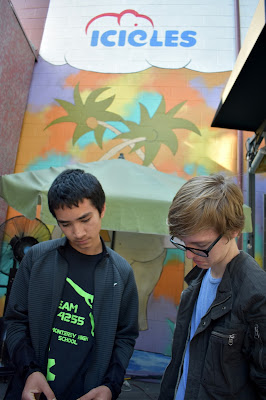 If you read my post about Salt & Straw, you'll probably realize that this was the same day. Yes, I did buy D two ice cream treats in a single day. Remember we were in the middle of a record-breaking heatwave. It was 107 degrees F when we left San Francisco. I watched the temperature gauge in the car fluctuate between 108 and 109 as we headed further south.

So, when we picked up R and his teammate from their workshop, I asked if they were up for an ice cream adventure. Really, I shouldn't have bothered to ask. They were all game. I had read about a place that served Thai Rolled Ice Cream in Willow Glen, Icicles.

We waited, waited, and waited, perusing the menu outside in the sweltering heat. Finally, we made it inside and knew what we needed to do: select a base, watch them freeze and roll the ice cream on their special cooling pans, pick our toppings, and indulge. 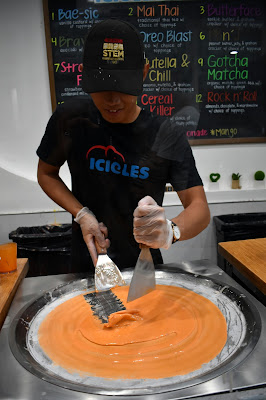 I opted for the Mai Thai, a Thai tea base. I watch him spread the base over the cooling pan. 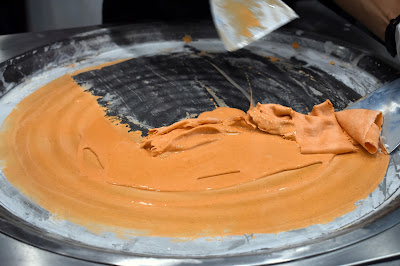 The thin layer began to freeze. 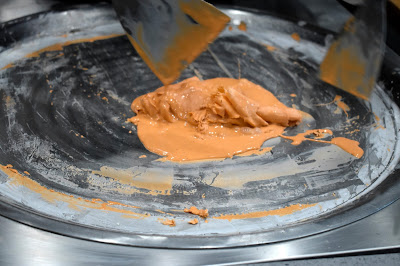 He scraped the ice cream into a heap. 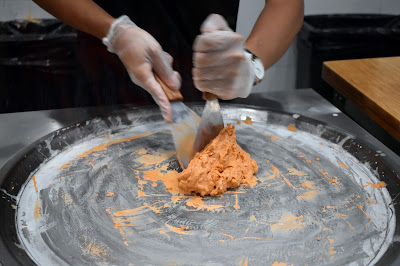 He deftly used two spatulas to bring the mixture together into a freezing mass. 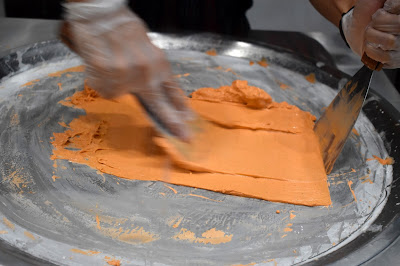 He, then, used the metal spatulas to spread the ice cream into a thin rectangle. 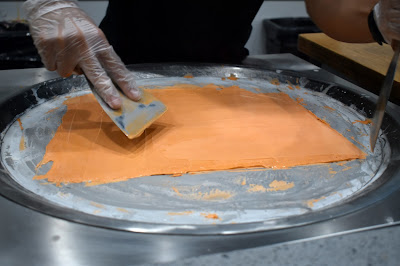 He pressed the rectangle thinner and thinner until it was completely solid. 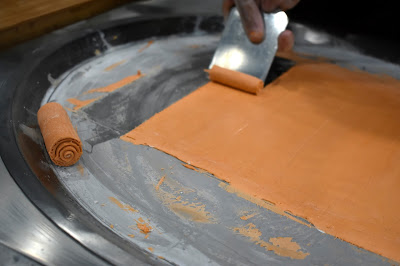 Then he used scraped the ice cream into tightly rolled cylinders. 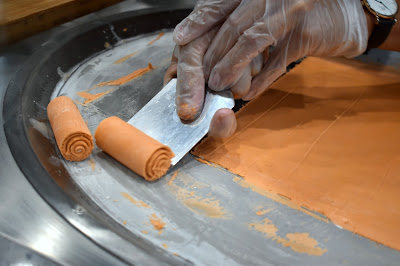 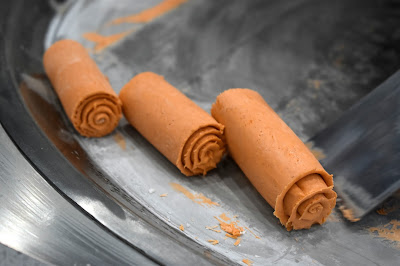 He placed the rolls upright in a cup and I asked for mochi and lychee jellies on top. 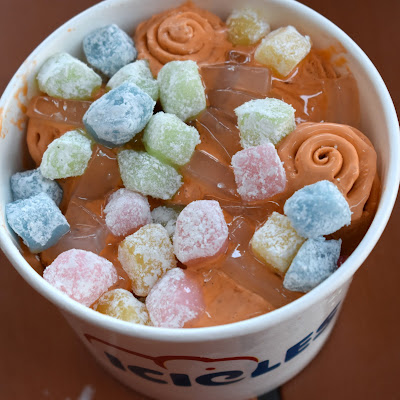 This was another interesting ice cream adventure. What a fun experience! My only complaint is that they only have one size. It was waaaaaayyyy too much sugar. But, I don't have much of a sweet tooth. 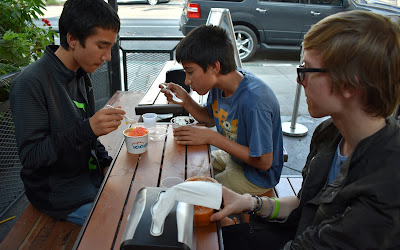 The boys seemed happy and climbed into the car for the drive home, giddy and giggly. They joked about silly names for their ska band idea. Testtube Panda Babies. Black Hole Alien Monkeys. Yes, definitely way too much sugar.