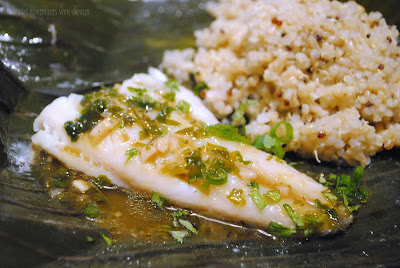 I am already having a crazy week; it's Spring fund drive time. Enough said. But I get to be around these kids and their enthusiasm and love of their school is infectious. 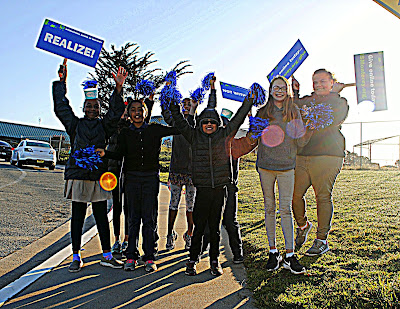 Still I am determined to stick to my schedule of traveling by tabletop to at least one country per week with our Cooking Around the World Adventure. So, here we go to Tuvalu.


Some Facts...
Tuvalu is a Polynesian island nation located in the Pacific Ocean, halfway between Australia and Hawaii. Its closest neighbors are Kiribati, Nauru, Samoa and Fiji. Comprised of three reef islands and six true atolls, Tuvalu has a total land are of less than 10 square miles!

The small island of Nanumea played a significant role in the World War II when it served as the bomber base for the Allied Forces defending the Pacific basin.

'Tuvalu', the name, refers to the country’s eight traditionally inhabited islands though there are nine islands that make up the country.

For Dinner...
I found a traditional recipe that involved steaming local fish in banana leaves; they use uku which is a blue-green snapper. I just happened to have black cod from our CSF delivery from Real Good Fish. 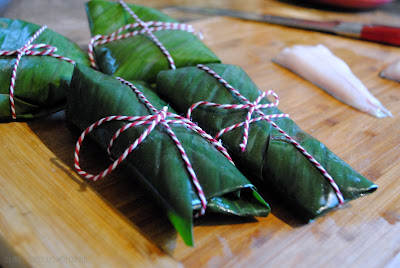 This preparation ended up being a huge hit! And it's always a fun presentation to have to unwrap your dinner, right? It's like a culinary present. 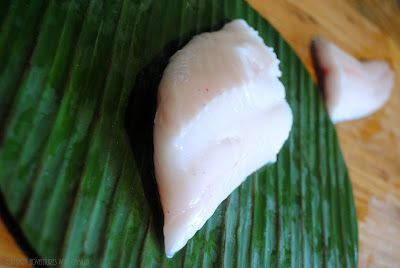 Ingredients serves 4 with 2 small packets each


Procedure
Place banana leaves on a flat work surface or cutting board. Place fish in the center of the leaf. Season the fish with salt. Fold the leaves to form a package and secure with kitchen twine. Repeat for the remaining 7 packages. 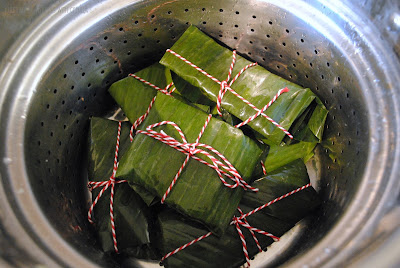 Place the packages in a steamer or the top of a double-boiler set over lightly boiling water. Cover and steam for 10 to 12 minutes, or until cooked through.

While the fish steams, prepare the sauce. Combine the ginger, lemongrass, garlic, and chicken stock in a medium saucepan. Whisk until well-combined. Bring to a simmer over medium heat. Pour in the soy sauce and sesame oil. Stir in 1 T cilantro and 1 T parsley. Heat until warmed through. Set aside. 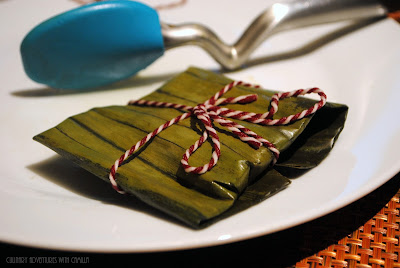 To serve, place the packages on individual plates. Cut open at the table. Top the fish with the sauce. This dish is likely served with white rice. I served it with a mixture of brown rice and quinoa.


For Dessert...
This reminded me of the Ilocano dessert tambo-tambo. While I love the taste, I have never found it very visually appealing. Case in point: D walked over to the pot when it was cooking. "Moooooommmm? Are you making something with fish eyeballs?!" Yes, I lied. "Okay," he said, hesitantly, "this will be a real adventure - dessert with fish eyeballs." 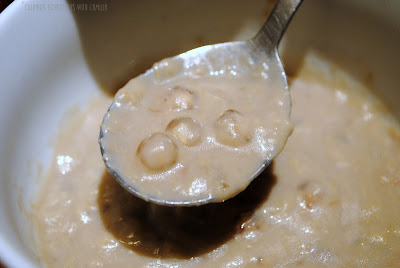 
To be clear: this isn't made with fish eyeballs. It's made with large tapioca pearls. 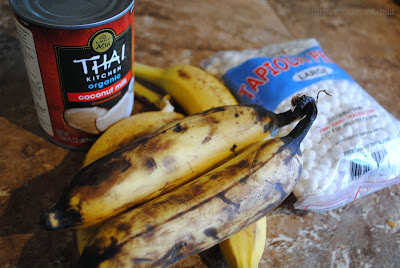 So, that's a wrap on our Tuvalu adventure. We are heading to Uganda next for our tabletop travel. Stay tuned.