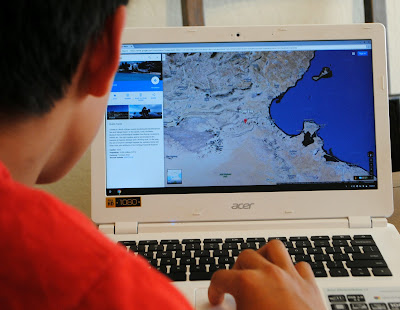 I have been embarrassingly remiss in planning and executing our Cooking Around the World Adventure. We started five years ago and made our way through over 175 countries; then, I stalled and haven't really done anything for two years! And we only have 18 more countries to cook.

And my Precise Kitchen Elf has requested that we, "please finish before college." Thank goodness he's only a freshman in high school! Still, I have renewed my commitment to cooking the world with my family. I told them we'd aim to finish before the end of this summer.

Just a reminder that these are not wholly traditional recipes. Our dishes are traditionally inspired, but we will use whatever ingredients are local to us. I hope that makes sense.

The smallest country in Northwestern Africa, Tunisia is located between Libya and Algeria. Nearly everyone in the country is Muslim; the official language of the country is Arabic. Before gaining its independence in the middle of the 20th century, Tunisia was part of the Carthage Empire, the Roman Empire, and a French colony from the late 19th century till its independence.

Fewer than 11 million people live in Tunisia where the average life expectancy is 74 years old. And the literacy rate is about 70 percent. 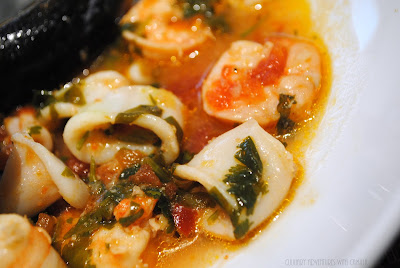 On the Plate...
For our dinner, I decided to make a version of Chreime, a Spicy Tunisian Seafood Stew. Typically it's fish braised in a chile-spiced tomato broth. I used calamari, shrimp, and mussels because that's what I had in my fridge. And I will never say 'no' to a dish that includes ten cloves of garlic! 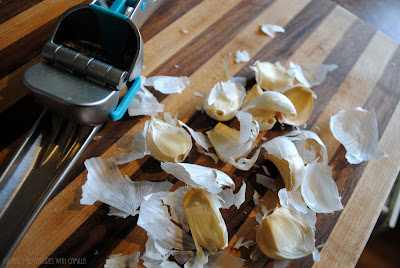 Procedure
Combine shrimp and calamari in a mixing bowl. Pour in lemon juice and season with salt and pepper. Let stand while you heat a pan over medium heat. 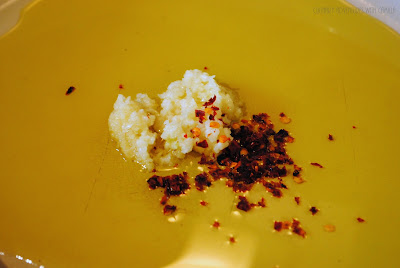 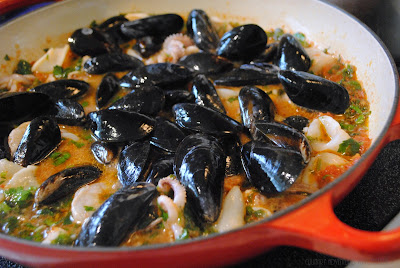 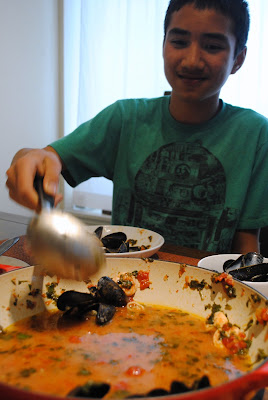 This dish had just the right amount of heat. After we finished with the seafood, we slurped down the broth! Delicious.

"Are we going to have a Tunisian dessert?" asked the Enthusiastic Kitchen Elf.

While they finished homework, I ran to the store to get the ingredients to make Tunisian Zrir, a dessert traditionally served to celebrate a newborn's birth. I picked it because it only included four ingredients: hazelnuts, sesame seeds, butter, and honey. 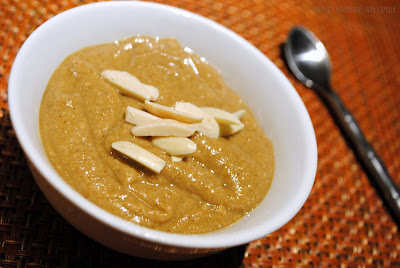 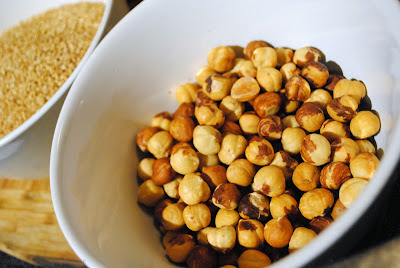 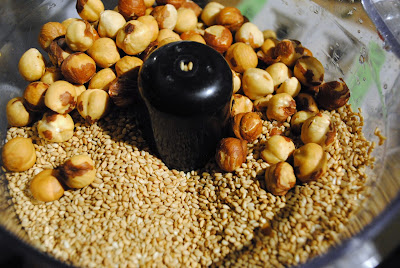 Place the toasted sesame seeds and hazelnuts in the bowl of a food processor and grind until they turn into a paste or nut butter consistency. 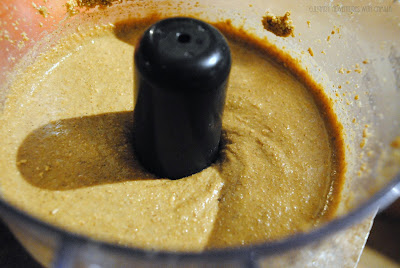 Spoon the hazelnut-sesame butter into the pan with the melted butter and honey. Heat until it comes together. Once it begins to bubble, remove the pan from the heat and spoon into individual servings. 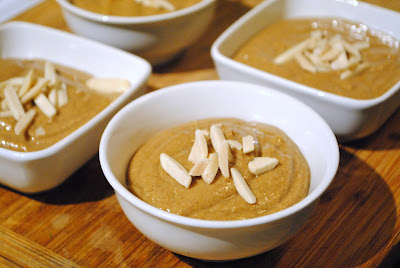 Garnish with slivered almonds before serving, if desired.

Jake noted that this was the first dessert I've ever made that he had the urge to eat slowly. Ever. I'm not sure what that means exactly, but it sounded positive. I found it too sweet. Everyone else loved it though the Enthusiastic Kitchen Elf thought it was a little heavy on the sesame seeds. Next time we'll try it with 2 C hazelnuts and 1 C sesame seeds.

So, we learned a little bit about Tunisia. We made a main dish with local seafood. And we made a simple dessert. I'd call this a successful reintroduction to our Cooking Around the World Adventure. We're off to Turkey next! Stay tuned.