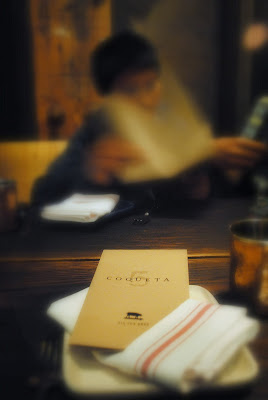 Ever since we watched Hundred Foot Journey, the Enthusiastic Kitchen Elf has been asking to eat at a Michelin-starred restaurant. So, for his thirteenth birthday, I found one that was within walking distance of our hotel in San Francisco and had a menu that within my budget: Chef Michael Chiarello's Spanish enterprise, Coqueta.

Yes, thirteen. I can't believe these boys are both teens - thirteen and fourteen. How did that happen?!? 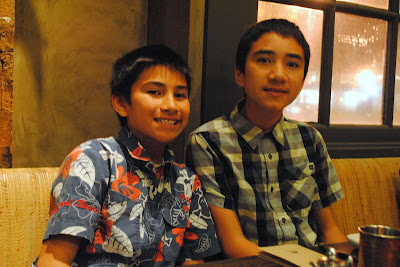 So, you enter the restaurant through the bar which was wall-to-wall people. Jake looked at me and asked, "You picked this place?" All four of us gravitate towards quieter, less populated places. But once the hostess took my name, located our reservation, and motioned for us to follow, we stepped into a room with a completely different feel.

Ridiculously high ceilings are matched by the raised tabletops and benches that line the perimeter of the room. Leather bar stools provide seating on the opposite side of the tables. There were some elegant wreaths that were a nod to the season, but I was drawn to the cow hides hung like tapestries on the walls.

Coqueta means 'flirt' in Spanish and a playfulness in the ambiance and menu are evident. We had so much fun!

Let's start with the drinks, because that's what we ordered first. The boys had the Limonada which were tall glasses of sparkling lemonade garnished with a sprig of fresh rosemary and some blueberries. Jake went for the Mojito which was made with Arehucas Rum and topped with a lime "air." 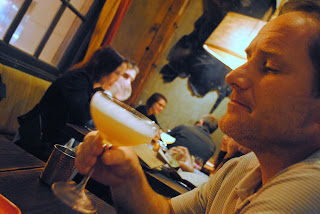 I ordered their Red Sangria but found it was a little too sweet for me, so I swapped: my Sangria for Jake's second cocktail, the Crimson & Fog. Crafted with Rittenhouse Rye, Campari, Punt e Mes, Star Anise, and NOLA Coffee Liqueur, it was too bitter for him and it was just my style! Salud! 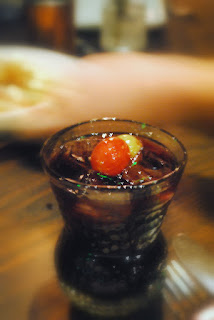 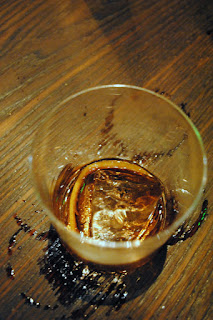 Most of the dishes on the menu are meant to be shared so we all selected different things we wanted to try. D insisted, "I just want the paella. You can all order whatever else you want, but we are getting paella!"

From the Tapas Calientes menu, R ordered the Pulpo a la Parilla, wood-grilled octopus with freshly-dug fingerling potatoes and pimenton olive oil. As you can see, we had battling forks flying all over that plate. They all loved it, I actually thought the char was a little overpowering. 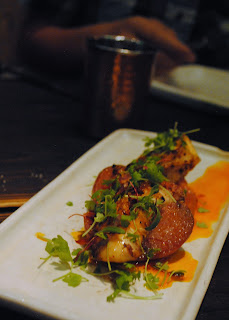 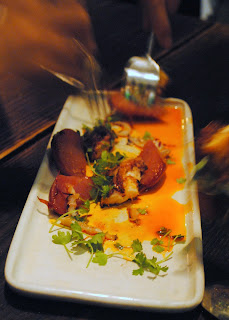 Our server suggested we order the Patatas Bravas because we were pretty protein-heavy. I'm glad we did. The potatoes were tender in the center, crispy on the outside, and the two dipping sauces were fantastic.

Since D loves sea urchin, we picked the Mar y Montaña from the Montaditos (Open Face Sandwiches) menu. I would say that Mar y Montaña was my favorite selection of the night and I plan to replicate it as soon as I can find some fresh urchin! Just read these ingredients: sea urchin on small toasts drizzled with melted Ibérico lardo and topped with lomo Ibérico and fresh rosemary.

We also tried the Pan Con Tomate . That, too, was delicious. 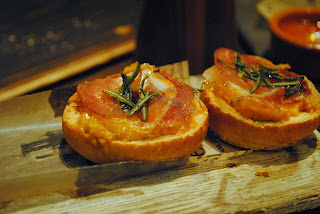 Moving to the Raciones - larger, family-style menu - we ordered the Pluma which was a roasted buttery soft, acorn-fed Ibérico pork shoulder loin. It was served with a honey-chili glaze and threads of roasted peppers. 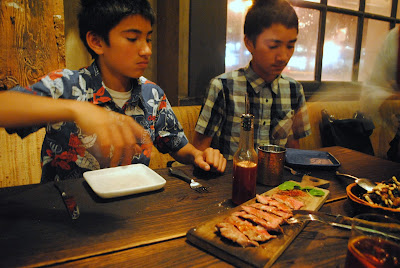 And, of course, the birthday boy got his Paella. 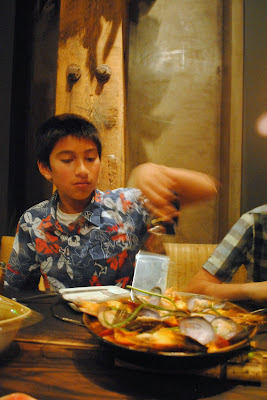 This was a classic paella served with pickled garlic scapes and lemon aioli. I have to admit that just days after this dinner, the boys went to our friends' house and Juan made them his authentic paella recipe. Both boys agreed that "Mr. Redondo's paella beat the paella from the Michelin-starred restaurant!" R added, "He did a better job with the socarrat." That's high praise! Bravo, Juan! 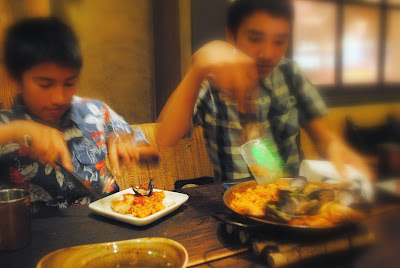 While I had initially planned a dessert in the Ferry Building, based on how impressed we were with the rest of the dinner, we decided we had to try dessert! And I never turn down espresso. Never! 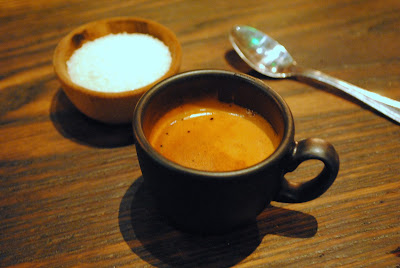 I tried the Trio de Pintxos - a salted caramel with pimenton, quince gelatina with thyme sugar, and salame de chocolate. It was the perfect size dessert for someone who doesn't have much of a sweet tooth. Just a bite for me...and I shared with Jake. He spotted a drink similar to his beloved affogato - their Carajillo - and ordered that. 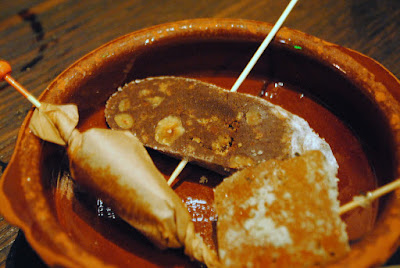 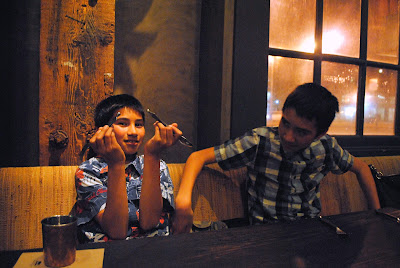 What a dinner! I am grateful that D finally had his Michelin-star experience. And I am thrilled that it was all that he imagined it would be. See my happy teen... 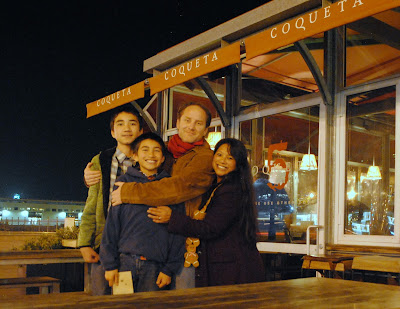 On the way out the door, I noticed this and wondered: If I'm really, really good next year, do you think Santa will bring me a jamon leg and stand?!?! Please. Pretty please. 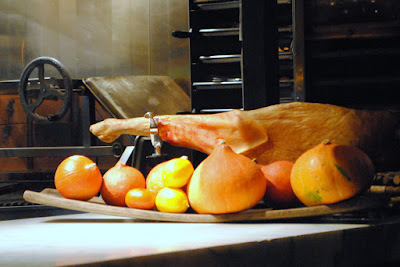