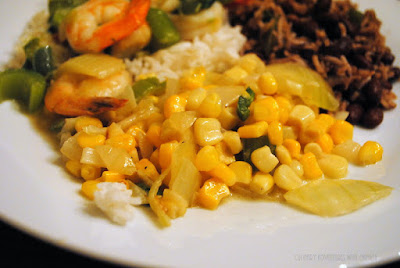 Coming up with a menu that included THIRTEEN different Cajun dishes - to celebrate D's 13th birthday - was challenging enough. Then, add to that, all the dishes needed to be able to be cooked - by kids - and consumed within a two and a half hour window. That was a little more challenging.

I found a recipe for Maque Choux and knew that would be an easy addition. Maque Choux is a traditional sidedish from southern Louisiana whose name is thought to derive from the French interpretation of the Native American name. 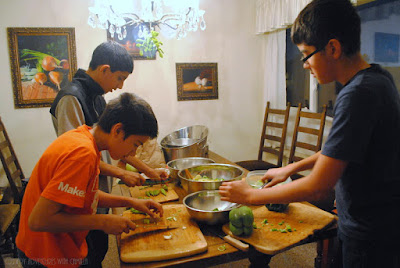 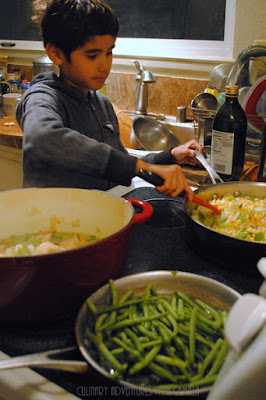 Pour in the cream. Fold in the thyme and hot sauce, if using. Whisk in the salt and sugar. Simmer until sauce thickens, approximately 5 minutes. Season to taste with more salt, if needed.