By Camilla M. Mann December 07, 2016
For the most part, we eat pretty healthily. But, if I had to name a bad habit I have, it would definitely be snacking. I love grabbing a handful of chips or popcorn. So, to stave off those cravings, I try to keep nuts in the house instead. I saw these and decided to give them a try: Sacha Inchi. 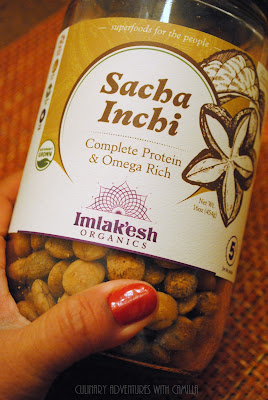 Sacha Inchi ― also known as 'sacha peanut' or 'mountain peanut' ― is native to South America and Southeast Asia. The jar we have lists its origins as Southeast Asia. I have seen them at Trader Joe's and Whole Foods, so they are beginning to be "main stream."

From the drawings and photographs I've seen, it resembles a giant star anise or star fruit. What we're eating are the seeds. It boasts the full inventory of essential amino acids and over fifteen times the Omega-3 content of salmon. And ounce for ounce, compared to almonds which are usually our nut of choice, Sacha Inchi has more grams of protein.

The seeds we have are lighted toasted and lightly salted. And they are kept in the same aisle as nuts would be. 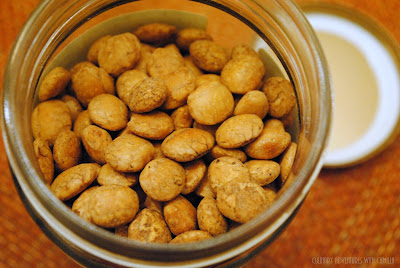 The verdict: We love them. I actually had to hide the jar from my 14-year-old because he kept grabbing handfuls in the middle of dinner. We did talk about what else we could do with them other than eat them straight.

Thinking about trying them in pesto and maybe ground up as a coating instead of breadcrumbs.

Have you tried these? What do you think?