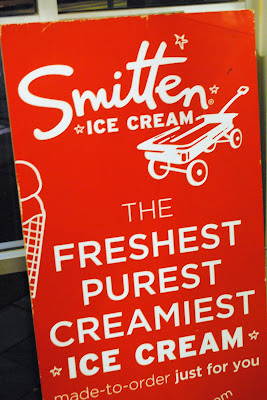 We've always wanted to try Smitten Ice Cream - who wouldn't want to try ice cream churned just for them...with the help of liquid nitrogen?!? - but every time we go, there's a line out the door. And we despise lines.

So, when I knew we would be getting out of a play late on December 23rd, I took a chance that other people wouldn't be waiting in line on a cold winter's night for ice cream. I was right. Yep, two days before Christmas...at ten o'clock at night, there weren't too many people ordering ice cream. 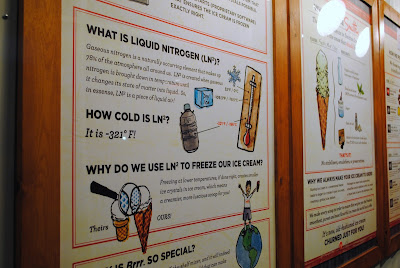 We've made our own liquid nitrogen ice cream; click for one of those posts: here. But Smitten uses a special Brrr™ Machine that founder Robyn Sue Fisher created. That was cool. 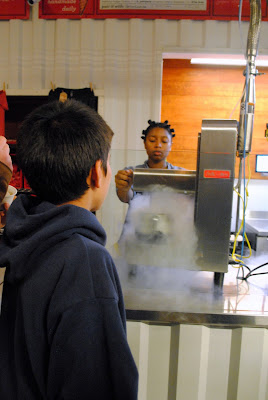 But, cool factor aside, there weren't a lot of options for flavors. And the ones they did have were on the ordinary side. The most exotic flavor was Earl Grey. And while Earl Grey is a favorite ice cream flavor of ours, this wasn't a stop-you-from-talking version. 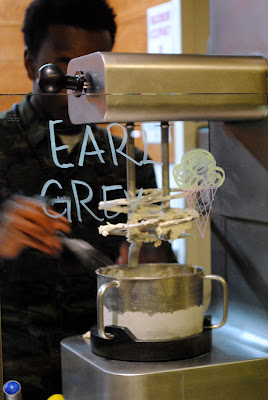 Still, we were happy we tried it. D noted that it had a really creamy texture, but declared that it definitely didn't unseat any of our other favorite ice cream spots. 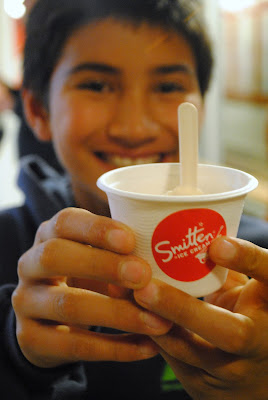 But it was a fun adventure and I'm glad we finally made it through the door there. Though we certainly won't be making detours on road trips to get to Smitten. On the East Bay, I think Lush Gelato (tasting notes here) still holds their ice cream adoring hearts. 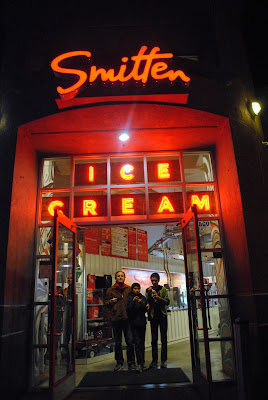