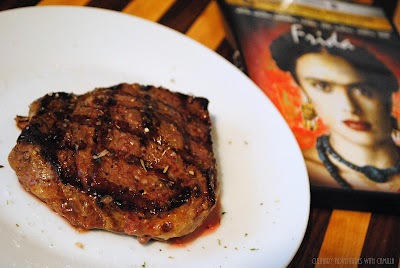 This month, #CooktheBooks and #FoodNFlix collide with a Frida Kahlo theme. Both events are hosted by Debra of Eliot's Eats. I shared our experience at a mole-making class at a recipe for mole poblano for my Cook the Books submission in August, when Debra asked us to read The Secret Book of Frida Kahlo by F.G. Haghenbeck*. Read about our class: here. 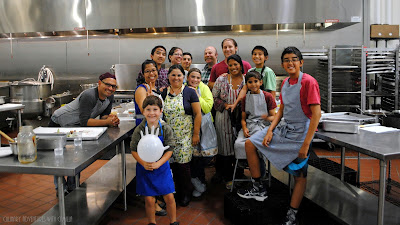 Now for September's Food'N'Flix, Debra asked us to watch Frida. Here's her invitation.

Debra wrote: "You may (or may not)  know that September not only marks Mexican Independence Day (September 16), but it also marks a collaborative event with Cook the Books."

I had no idea about Mexican Independence Day. Now I do! And now I have another favorite movie, too.

Next month, Deb at Kahakai Kitchen hosts as we watch Beetlejuice. Stay tuned for more on that next month.

On the Screen...
I can't believe I haven't watched this movie before now. "Frida" chronicles the life of Frida Kahlo. From her complex and enduring relationship with her husband, Diego Rivera, to her illicit, controversial affair with Leon Trotsky, and through her provocative dalliances with women, Frida lived a bold, passionate life as an unapologetic political, artistic, and sexual revolutionary.

In 2002, Salma Hayek gave a fierce performance that was nominated for several awards including Best Actress at the Oscars. She didn't win the Oscar, but she was remarkable nonetheless. The rest of the cast was also superb, including Alfred Molina as Frida's unfaithful huband, Mexican muralist Diego Rivera; Valeria Golino as Lupe Marín, Diego's ex-wife who teaches Frida how to cook some of Diego's favorite foods; and Ashley Judd, Geoffrey Rush, Antonio Banderas, Roger Rees, and Edward Norton. Tour de force!

I won't say too much except that the movie was a delight for the senses. Go watch it.

This is the only link I could find for that scene on YouTube. It's the Italian version with Spanish subtitles. But you get the idea.


So, with that in mind, I made some tequila steaks. 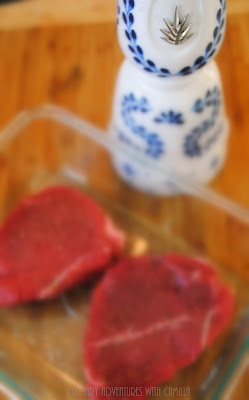 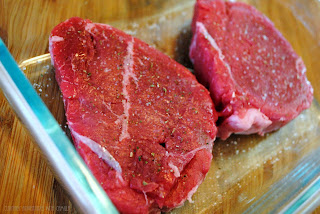 Procedure
Place steaks in a flat dish. Salt and pepper both sides. Pour tequila over the top. Let stand at room temperature for at least 15 minutes. Flip the steaks over and let stand for another 15 minutes at least.

Preheat grill. Cook, brushing with remaining marinade until done. Rotating once per side and flipping once during cooking time, approximately 12 minutes total. 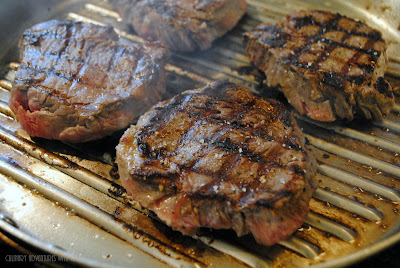 Season with additional salt and pepper, if desired. Serve with a pat of butter on top. 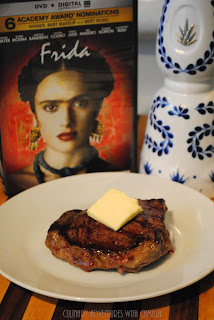 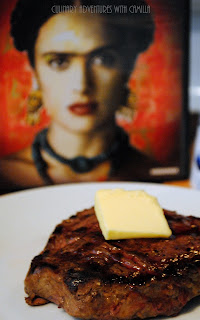 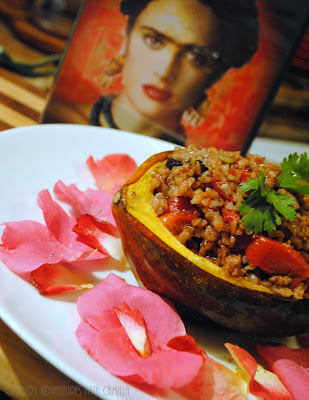 For my second dish, I was inspired by all the rose petals around platters at the Trotsky dinner. I don't garden, but I have friends who do. And I'm glad I asked when I did because one friend told me I was a week too late to get roses. The other friend brought me her last ones. Thanks, Jenn! 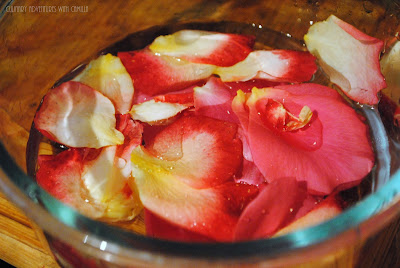 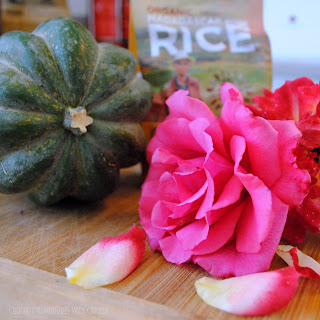 Procedure
Squash
Preheat oven to 400 degrees F. Slice squash in half, lengthwise. Scoop out the seeds and strands. Drizzle with olive oil and sprinkle with salt. Invert into your baking dish or a parchment-lined baking sheet. Roast until tender, approximately for 60 to 75 minutes. 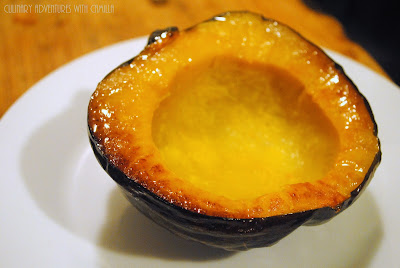 Rice
Saute onions in a splash of olive oil until softened and translucent. You can even caramelize it if you prefer. I didn't want my dish too sweet though. Place the onions in a large mixing bowl.

Stir in the cooked rice, diced peppers, parsley, and cilantro. Add in the rose petals, lime zest, lime juice, and olive oil. Toss to coat. Season to taste with salt and pepper. 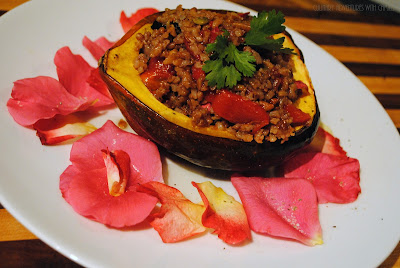 To Serve
Place roasted squash on your serving dish. Fill the hollow with rice. Carefully lay your rose petals on the plate around the squash. Garnish with fresh cilantro. Serve immediately. 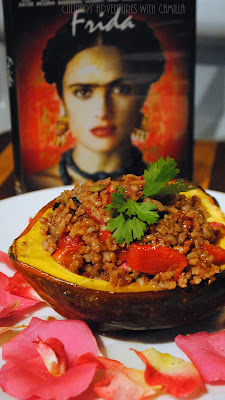